For nearly a century, unmanned aerial vehicles – or drones – were primarily tools for the military, but in the last decade, the use of drones for civilian tasks has skyrocketed. Industries from real estate to agriculture and retail to entertainment are using the technology to work faster, safer and in new ways.

The energy industry is no exception. Duke Energy started using drones in 2015 to inspect wind and solar sites, and the ways the company can use the technology grows each year with tasks becoming more complex. For example, in February 2018, Duke Energy drone operators engineered a way to help string power lines in Puerto Rico following Hurricane Maria.

Jacob Velky, manager of the Duke Energy Unmanned Aerial System group, said the company has trained about 30 employees to use drones, and they hope to double that by the end of 2018. The drones have infrared and high-zoom sensors that can complete a range of jobs.

Here are some of the ways Duke Energy is using the technology:

Flying a drone with an infrared camera over a solar site eliminates time-consuming electrical testing and helps technicians identify faulty equipment within seconds of takeoff. Eric Stone, who supervises solar operations for Duke Energy Renewables, said the technology saved more than 260 hours of work since they began using it in 2017. 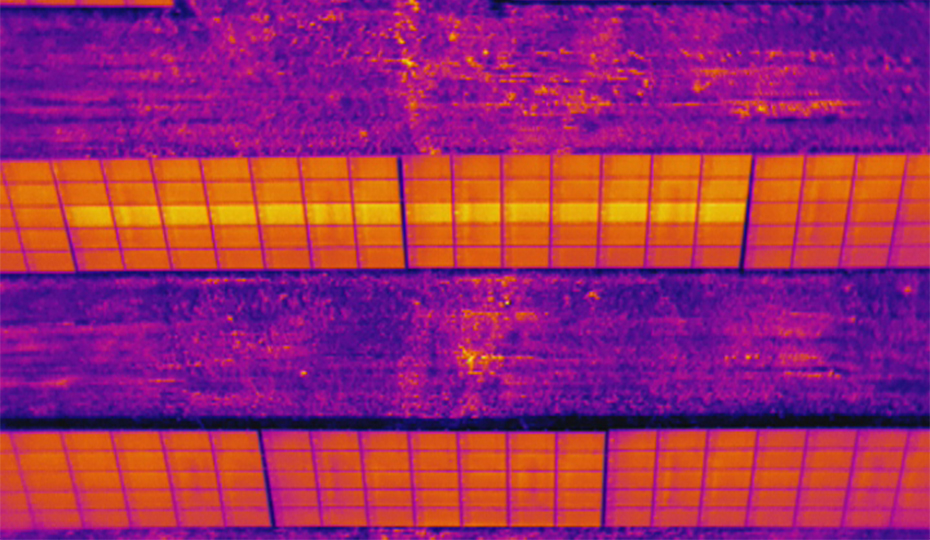 This solar plant was inspected by drone with an infrared camera. The bright yellow section shown here lets technicians know that there is likely an issue that needs to be inspected based on the heat of the panel.

Technicians have used handheld thermal imaging devices for years, but drones provide an overall view of the field in shades of purple to yellow based on heat signatures. Hotter panels appear more yellow than surrounding panels. These bright spots indicate that the panels are not efficiently converting solar energy to electrical energy. A single yellow panel usually indicates a faulty panel that needs to be replaced. However, if a string of panels appears yellow, it’s probably an easily fixed electrical issue.

“That’s where the real wins come in,” he said. “It could just be a matter of a technician going out there, and in 30 minutes plugging up some wires to get back all of the energy that we were missing before.”

In addition to solar plants, drones are able to inspect power poles and substations with thermal imaging.

Helicopters remain the primary tool for damage assessment after major storms because they can travel faster and farther than drones, but operators can use drones to perform detailed inspections especially in densely populated areas where a helicopter can’t go. 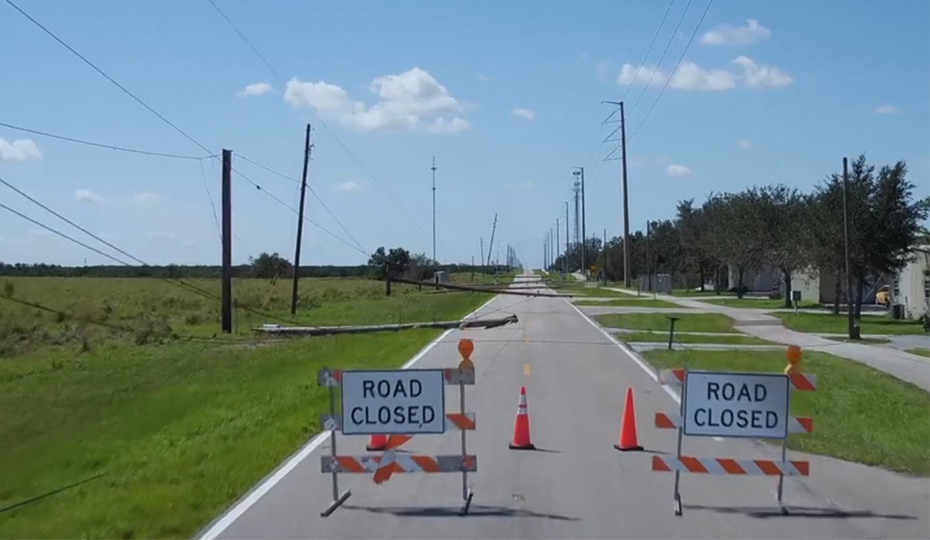 Duke Energy first used drones for storm damage assessment following Hurricane Matthew in 2016. Crews were not able to drive through the Carolinas’ flooded roads, but with drones, the team could inspect power lines and vegetation. Since then, the team used drones after 2017’s Hurricane Irma to find safe paths for crews to access equipment. “Instead of having crews walk or drive around a swamp in Florida,” Velky said, “we can fly a drone.”

He recently flew a drone over the North Carolina Data Campus in Catawba County, N.C., where Apple, Facebook and Google have operations, to help give prospective tenants a clearer view of the land’s potential including characteristics like buildable area, nearby amenities, highways and access roads.

Across the energy industry, drones are making it easier and safer to inspect many tall structures. Instead of climbing a power pole (some are more than 300 feet tall), using a bucket truck or helicopter, or standing at the bottom with a camera or binoculars, a drone can fly to the top and take pictures from multiple angles. Drones are also able to zoom in on equipment, which makes it easier to see small defects like cracks on a wind turbine or porcelain insulator. 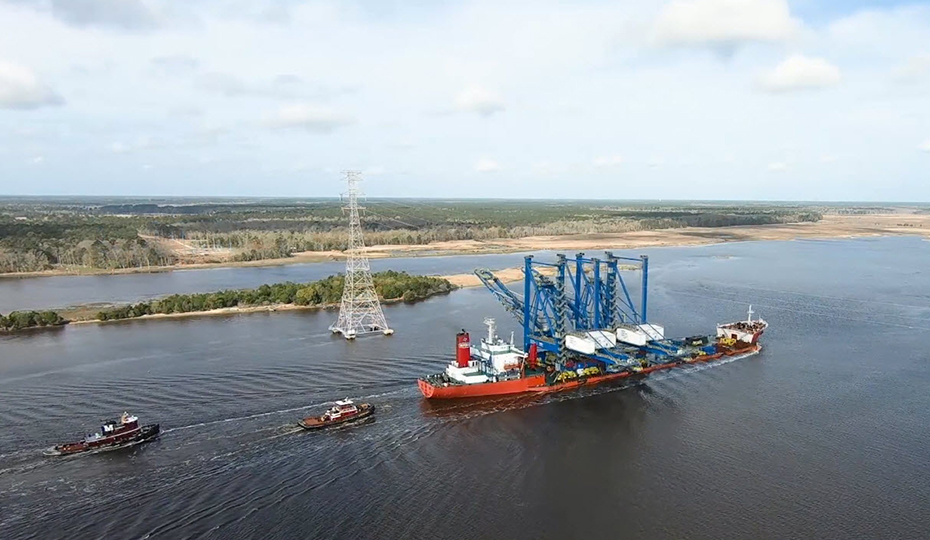 Drone inspections helped reduce the number of times employees had to climb these 335-foot tall transmission towers in Wilmington, N.C.

Recently in Ohio, a team was able to do a drone inspection of a transmission tower and right of way spanning the Ohio River.

Jim Meyer, who worked on the project, said the drone provided an inspection that could have taken days or weeks if lineworkers had to climb the 17 towers.

“We were able to use the drone to inspect the equipment more closely, too,” Meyer said.

Duke Energy uses drones to inspect wind farms as well, reducing the need for technicians to climb wind turbines and rappel down the blades.

Drones can assist in construction from beginning to end. The Duke Energy team can use high-resolution photos and video of a potential site to identify any sensitive areas like wetlands or to produce 3D renderings that give engineers elevation data to determine things like how much dirt needs to be moved. As construction progresses, drones can help document the process at regular intervals.

“This 3D modeling wasn’t available in an affordable way before drones,” Velky said. “The renderings can help enhance the engineering and project team’s awareness and identify potential issues.”