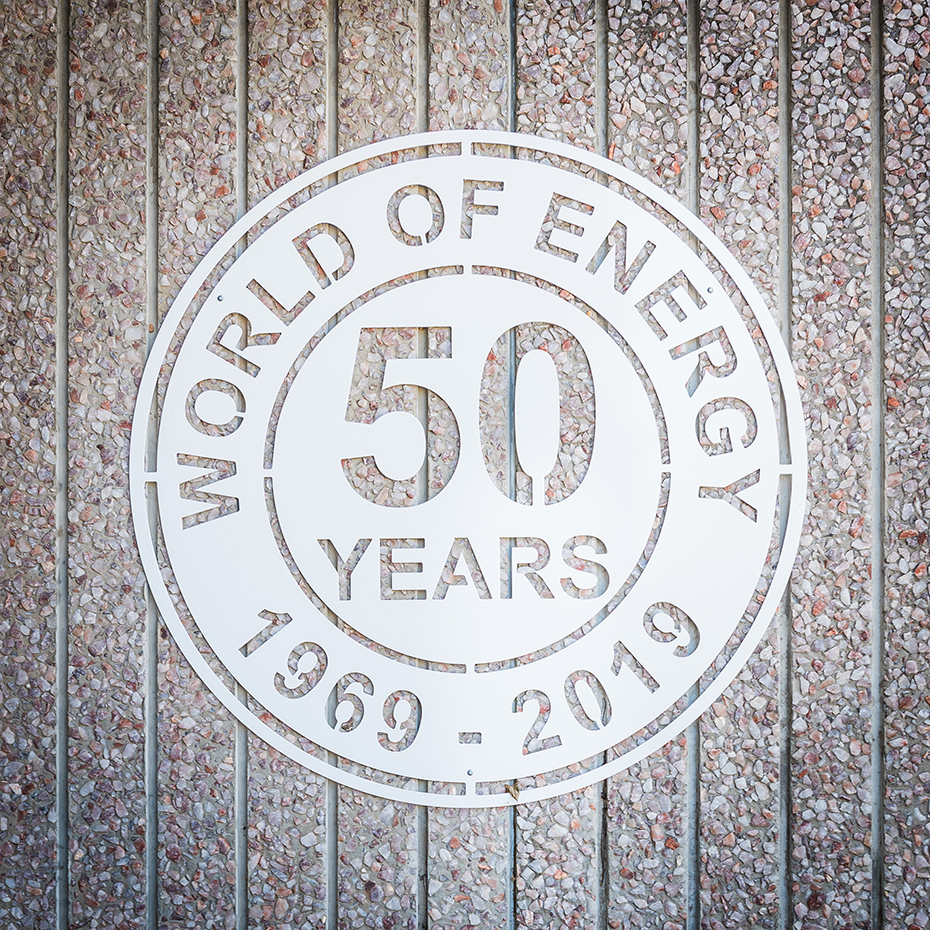 Overlooking the waters of Lake Keowee, a butterfly garden and three 19-story nuclear containment buildings, the World of Energy in Upstate South Carolina is an education center where classrooms of children and their teachers come to learn about nuclear energy, as well as a place for visitors to learn about the lakes and surrounding parks.

It’s been all of those and more for 50 years. And today, exhibits are being updated and new ones are being added in a major renovation to help people understand how the energy grid works and Duke Energy’s commitment to sustainability.

More than 125,000 people visited the Keowee-Toxaway Visitors Center – now known as the World of Energy – in 1969, after opening on July 1 of that year. More than 3 million schoolchildren, parents, neighbors and other guests have visited the education center. 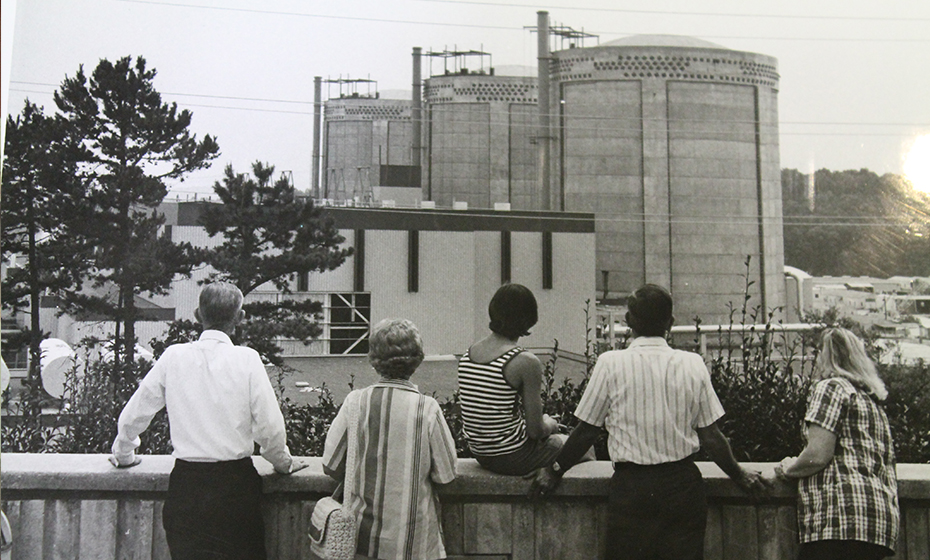 The World of Energy provided a view of Oconee Nuclear Station, one of the nation's first nuclear plants, while it was under construction.

The country’s oldest nuclear energy education center, the World of Energy was originally built to educate the public about Duke Power’s Keowee-Toxaway Project. It had self-guided exhibits and staff on hand to answer questions about the construction of Oconee Nuclear Station, the company's first nuclear plant. It was one of the nation's first – and largest – nuclear plants, too, and the World of Energy served as a vantage point to view its progress. 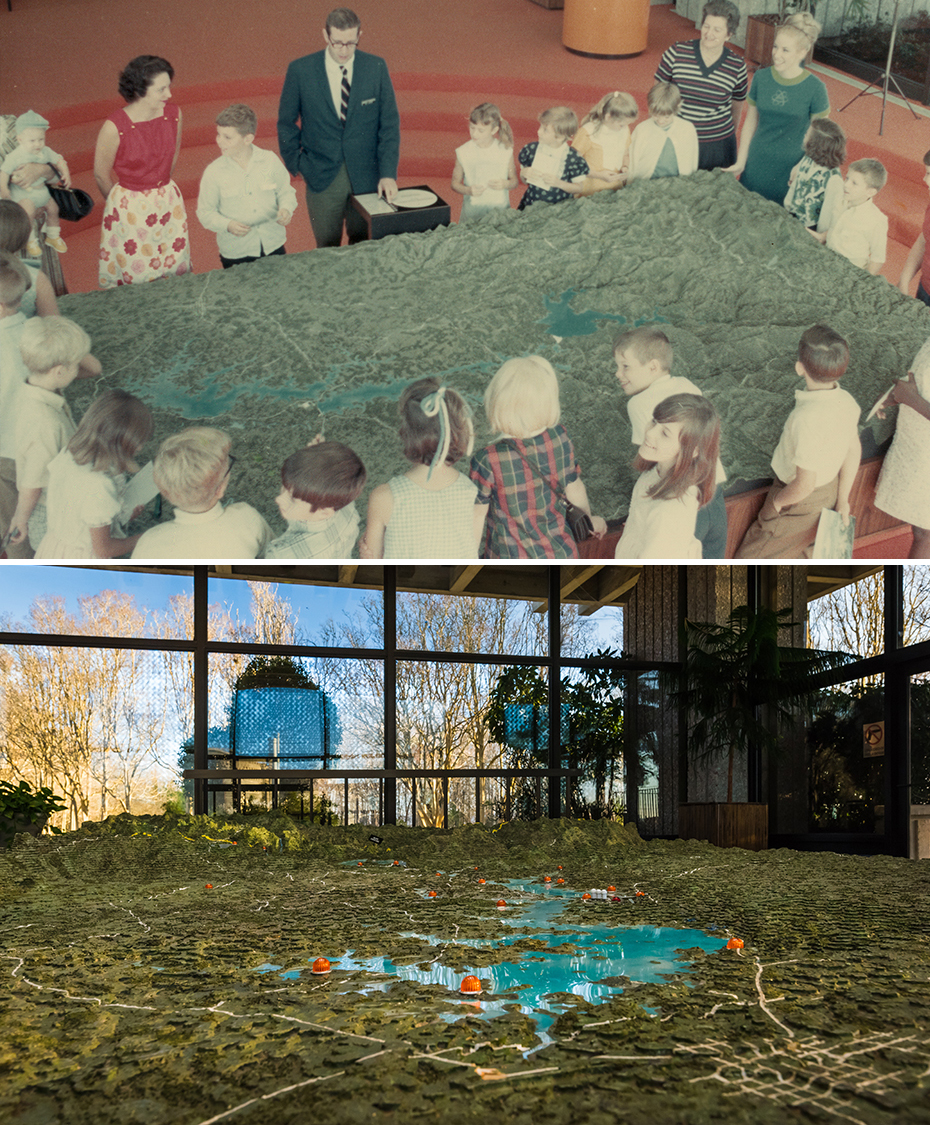 The original map of the Keowee-Toxaway Project in 1975, top, and the map today.

The original topographical map of the Keowee-Toxaway Project, which also included two hydroelectric developments: Keowee Hydro Facility at Lake Keowee and Jocassee Pumped Storage Facility at Lake Jocassee, is a guest favorite. It's still in the lobby and depicts the Duke Energy lakes, public access areas and generating stations.

See a timeline of the World of Energy and nearby power plants.

Today, visitors can still learn about hydroelectricity and nuclear energy, but they can also learn about renewable energy and the company’s environmental stewardship. 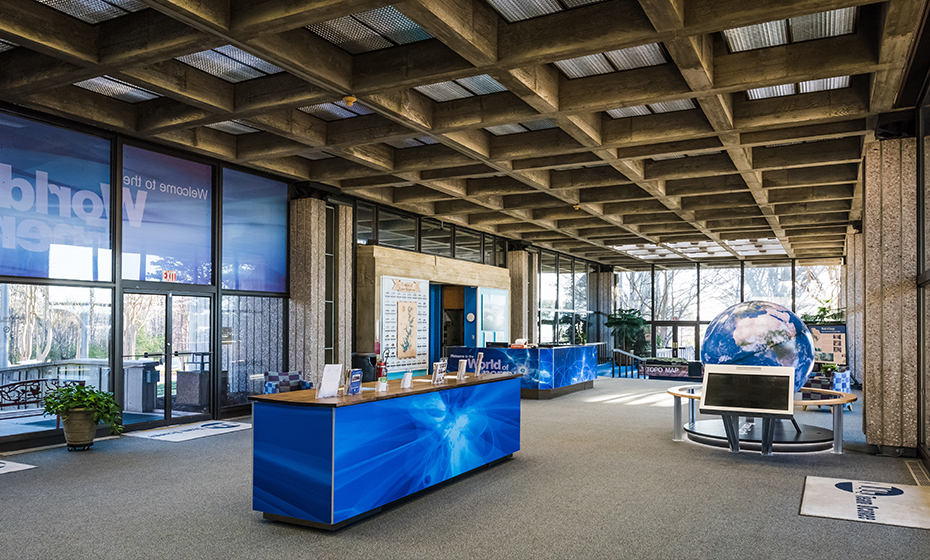 The award-winning World of Energy today.

As the education center approaches 50, it’s undergoing a little work – a facelift, if you will. After more than 3 million visitors, who can judge a nip here, a tuck there? Duke Energy is installing new exhibits and upgrading existing exhibits. New exhibits will include natural gas, how electricity gets to your house, our commitment to a lower carbon future and one about Bill Lee and his leadership ushering in the nuclear era at Duke Energy.

"For 50 years, our goal has been to inform and educate the public about energy and the importance of the Oconee Nuclear Station to our community’s growth and continued vitality,” said Ed Burchfield, Oconee Nuclear Station vice president. “With these new additions to the World of Energy, we’ll be able to continue being a valued community partner for many years to come.”