Flood-wreaked havoc needing to be rebuilt.

Utility workers in the Cincinnati area battled a devastating flood in January and February 1937 but managed to keep the lights on.

It took planning, resourcefulness and the cooperation of residents. And more than 3,000 sandwiches a day to feed workers.

The Ohio River flooding of 1937 is among the worst disasters caused by rising waters and also affected Pittsburgh and Louisville. Water levels began to rise on Jan. 5, 1937. With a flood stage of 52 feet, the river crested at 79.9 feet in Cincinnati on Jan. 26, 9 feet higher than any other flood. It wasn’t just river communities affected. People many miles inland were left homeless. 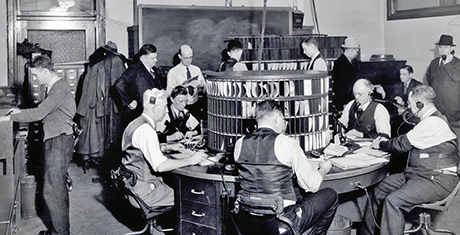 For the men and women of the Cincinnati Gas & Electric Co. – now Duke Energy Ohio and Kentucky – the historical significance of the flood would come later. As chronicled by the company’s employee newsletter, The O-K News, the sole focus for over a month was to work around the clock to keep two electric generating plants operating and to keep the gas flowing.

The West End and Columbia Park power plants were designed to withstand floods up to 72 feet. Both plants were kept running well beyond that stage. Columbia Park was shut down at 75.7 feet and West End finally went offline at 78.3 feet.

Electricity was still provided through connections with Dayton and Indianapolis, but homes were restricted to using one refrigerator, one radio and one lightbulb so service could be maintained for critical uses such as hospitals, police and fire departments, and industries supplying food to the community.

All employees were assigned to flood emergency, working 12-hour shifts or longer. Twenty thousand gas meters were removed ahead of advancing floodwaters, while another 10,000 ended up submerged.

One makeshift solution was to extend the stem of a gas control valve at the West Works natural gas facility through the roof since the valve was submerged in 26 feet of water. Despite all of the difficulties, normal natural gas supply was maintained to all non-flooded areas except the community of Mt. Washington.

The company and its employees were praised by local media for their role in curbing the public’s hardships. An editorial in the Cincinnati Enquirer lauded the company’s “remarkable demonstration of the foresight of management, the heroism and fortitude of workers, and the energetic pursuit of the public weal.” 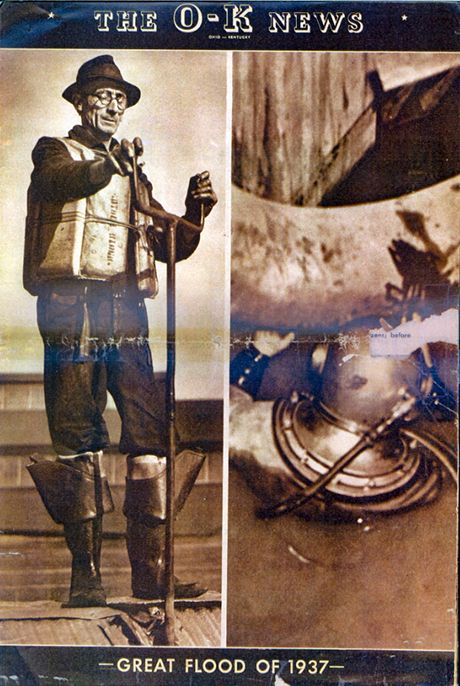 The O-K News highlighted stories from this event.

On the morning of Feb. 5, 1937, the Ohio River receded within its banks for the first time since Jan. 18. In that period, The O-K News noted these events:

“The heroism of our employees during the 1937 flood continues to serve as an inspiration to all of us,” said Jim Henning, current president of Duke Energy Ohio and Kentucky. “In the face of extreme difficulties, our workers have the same attitude today – do what it takes to keep the electricity and natural gas flowing to our customers.”

“Words fail me, when I attempt to tell you how proud I am of the men and women making up our organization, and of the unselfish and devoted work you performed during the historic flood of 1937.

“We have always realized the importance of uninterrupted service, but now are better able to understand the tremendous obligation and responsibility we assume in undertaking to serve, as we do, the industries and a vast and scattered population of several hundred thousand people.

“I am most grateful to each and every one of you for your loyalty, your complete and willing response to every call, your full understanding of the importance of serving the public, your devotion to duty, and the wonderful spirit displayed.” – H.C. Blackwell