Pilot Kyle Fortune stands beside his helicopter in a North Carolina field ready to do something most pilots don’t – trim trees along a power line right of way with a 33-foot saw hanging from his helicopter. 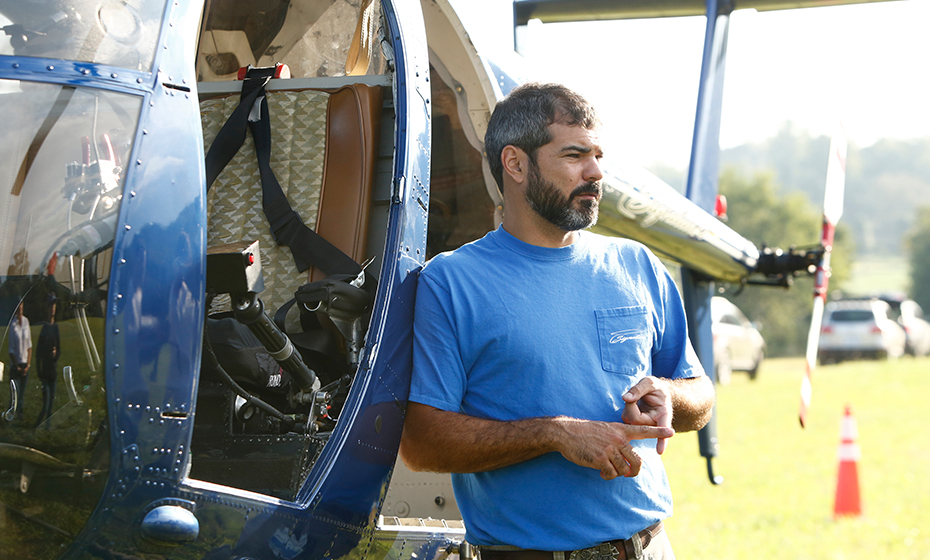 His work is part of Duke Energy’s vegetation management efforts to trim trees near power lines within federal regulations and minimize the likelihood of power outages. Helicopter work is a more efficient way to maintain areas that aren’t accessible with traditional methods like climbing trees or driving heavy machinery. Aerial saws are used often in the mountains or after storms when crews can’t access the area because of flooding or debris.

Today, Fortune, who works for contractor Signature Flight Support, is going to fly his royal blue MD 500 over a high-voltage right of way that is inaccessible because of a blanket of kudzu that’s too thick to walk or see through. What would probably take a few days on foot carrying dozens of pounds of equipment, Fortune and his ground support crew can complete in a few hours.

The work requires a focus on safety, and Fortune, like most pilots who do this work, have thousands of hours of experience and extensive training. As he prepares the MD 500 for flight and gives a safety briefing, he explains that the helicopter is small – standing only 8 feet tall – but it’s powerful enough to carry fuel, the pilot and the 850-pound saw while maintaining its maneuverability. It’s exactly what he needs for the job.

“It’s like a little sports car,” Fortune said. “Any way you point it, it’ll go.” 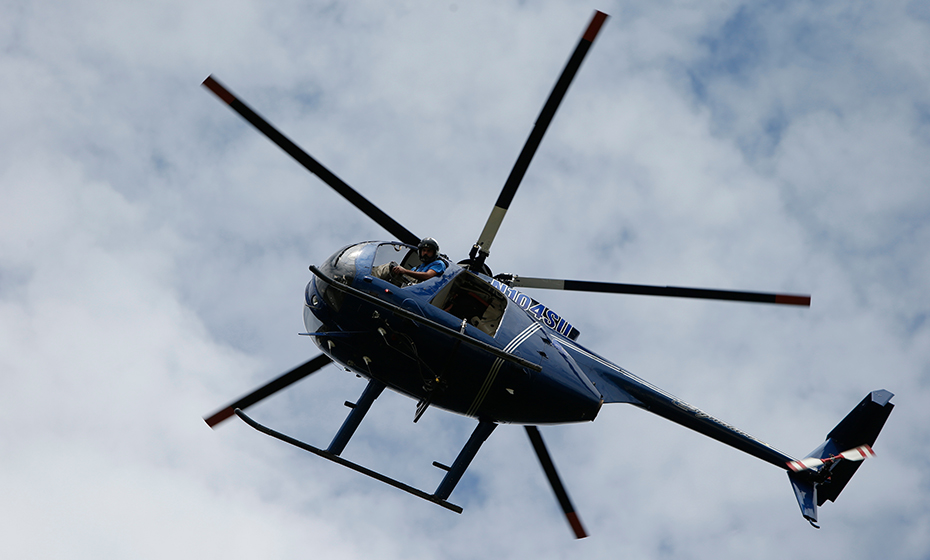 To make the helicopter lighter, they stripped it of anything that’s not essential. They removed about 250 pounds of features (like extra seating) and made modifications. Examples include a trapeze, a black structure under the helicopter, that allows them to operate the saw and keep it from spinning, and safety features including an audio alert system, a mechanism to release the saw in an emergency, and a custom control panel that allows the pilot to focus on navigation and operate the saw remotely. 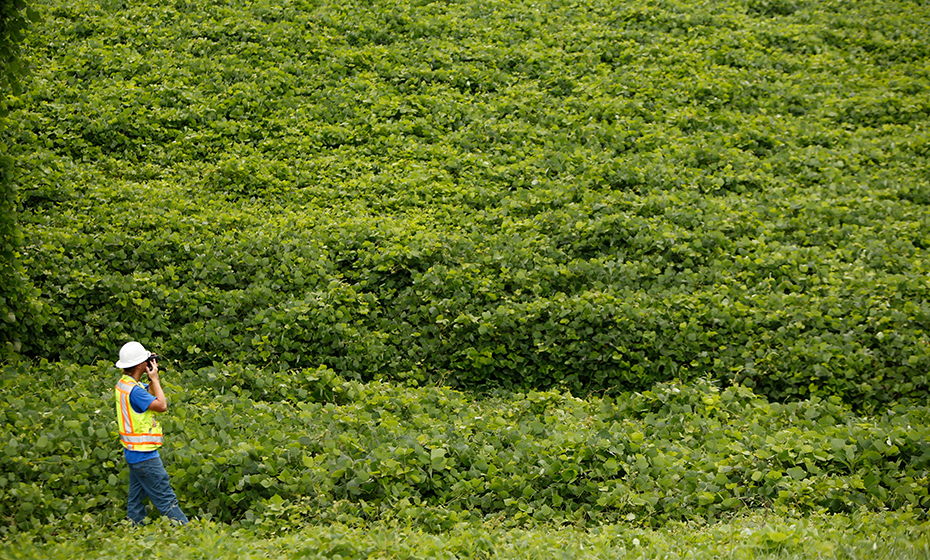 This year, Duke Energy crews started using data to identify and focus on areas that need the most attention. The data comes from a LiDAR sensor, which scans the right of way with a laser and detects trees that could cause outages. LiDAR, which stands for light detection and ranging, can also alert crews to hazards like ravines that might be hidden by overgrown vegetation in rights of way like the one above. 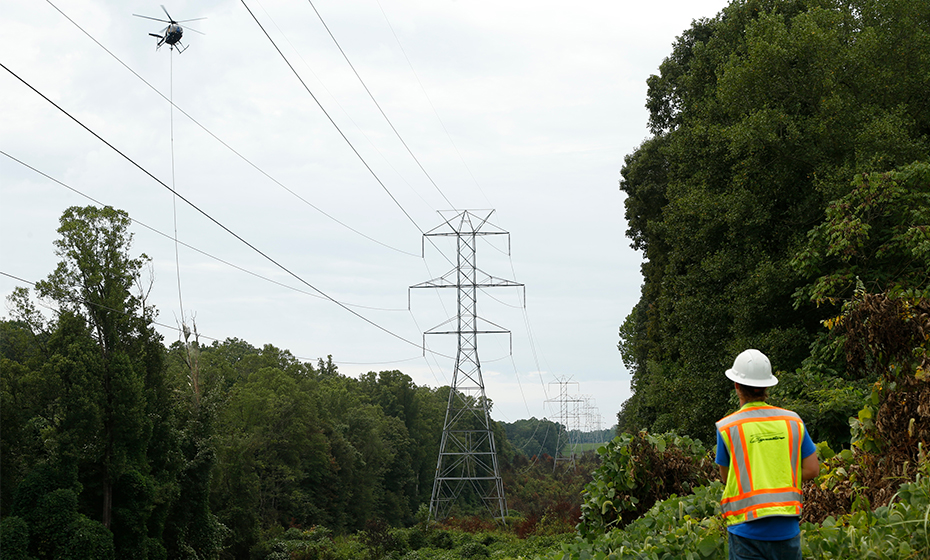 LiDAR data is combined with GIS data to create a map the pilot can use to navigate to the trees or groups of trees that need trimming rather than cutting the entire right of way. Here, the pilot is removing a dead tree that would have been likely to fall into the right of way, but he will leave the stump, which can be a home for wildlife.

Korey Meadows, who leads Duke Energy transmission vegetation management for parts of the Carolinas, said they also use the data to help plan work by projecting how the trees will grow and which are likely to cause problems in the next several years. It’s part of the company’s ongoing grid strengthening work.

“Our effort is to make sure we provide the customer safe, reliable power day in and day out,” Meadows said, “so every time you flip that light switch, it comes on.”

The MD 500 was built in the 1960s for the U.S. Army as a light observation helicopter. Here are some stats on the one Fortune is flying. 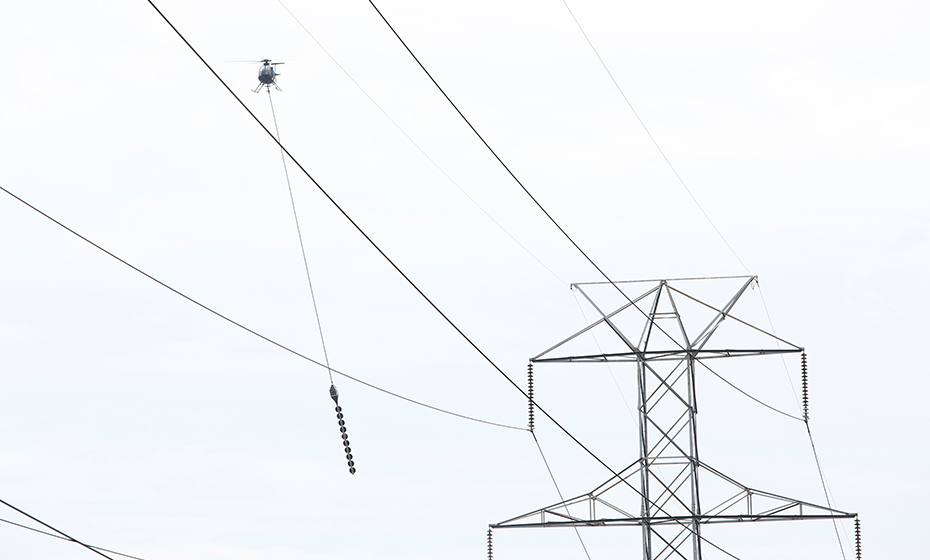 The saw blades are 24 inches in diameter with carbide tips. It has Teflon between the blades, which are set for the width of the trees, so when it’s cutting, the limbs slide off and are less likely to break the saw’s belts. It’s attached to the helicopter by 90 feet of cable encased in pipe along with the saw’s fuel-injected engine (like that of a zero-turn mower) that runs at 3,800 rpm and can be started and stopped with a remote. 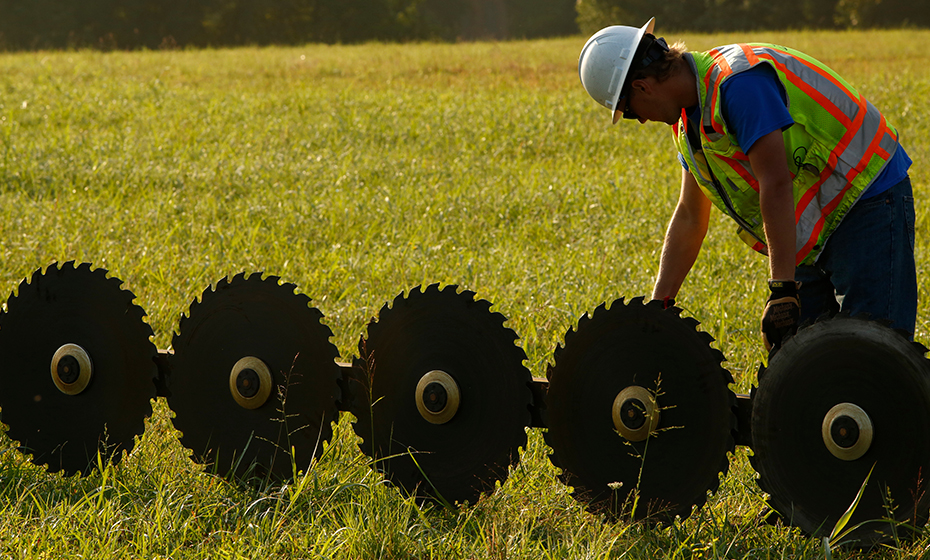