Old Sue has been in working condition her entire 115 years.

In his 34-year engineering career, Richard Coutant has worked on just about everything related to power plant boilers, but he never had anything come across his desk quite like this.

Could he prove that a fire engine steam boiler built in 1902 meets modern safety standards?

The Fire Department in Charlotte, N.C., has maintained the Metropolitan horse-drawn fire engine since its purchase in 1902, and firefighters enjoyed showing off “Old Sue” for parades and public demonstrations. But the state Department of Labor wanted proof the steam boiler – which powers a piston engine driving the water pump – could meet current safety standards.

So Old Sue was sidelined. That’s where Coutant, a Duke Energy engineer based in Raleigh, and his colleagues came in.

"The detail of inspection that the state wanted was way beyond anything we had ever done and our knowledge of pressure boilers is very limited," Charlotte Fire Chief Jon Hannan said. "The only organization I could think of that still uses boilers extensively is Duke Energy."

“I figured if anyone on the planet had the resources to solve this problem, it would be him,” Hannan said, “so I gave him a call.”

Repko set the partnership in motion so Coutant could help the fire department pro bono.

Although the fire department had the original operating manual and history for Metropolitan Steam Fire Engine 2813, no original design specifications existed. For these types of inspections, engineers typically have specifications for guidance. In this case, Coutant and his team had to establish the boiler's original design through reverse engineering. 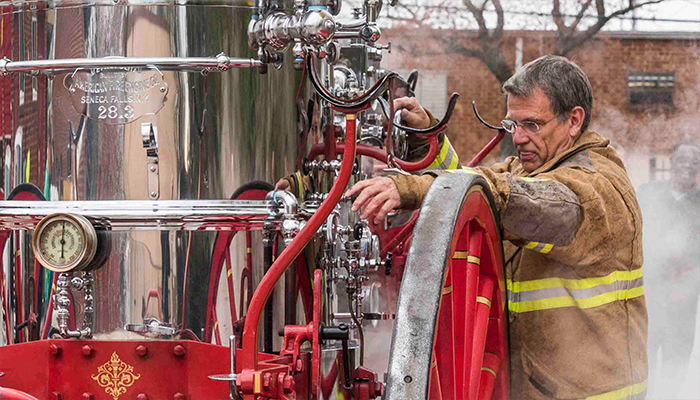 While the technology has changed little since 1902, there is a huge difference in pressures and temperatures between Old Sue and boilers in modern power plants.

The boiler detectives at work

Coutant and colleagues Scott Bowes and Tony Battaglia developed a checklist to inspect the boiler and conduct tests for state inspectors. Fire department Battalion Chief Robby Myers disassembled parts of the boiler for testing by the Duke team, reassembled the steamer and prepared it for inspection. 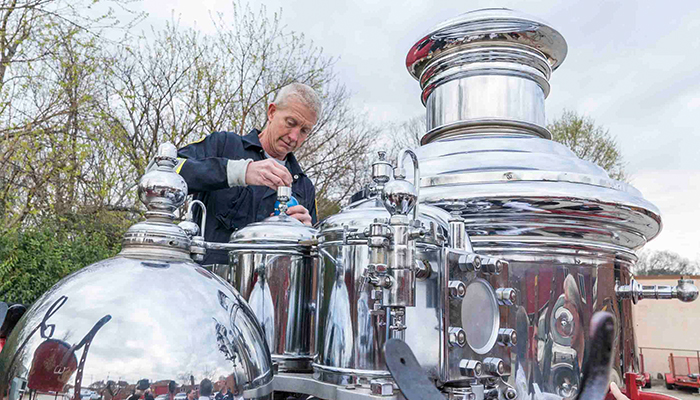 Coutant said he felt like one of the history detectives on the popular television show. "A lot of my research focused on the evolution of the inspection codes and working with Bowes and the state inspectors to confirm the current expectations for antique boilers," he said.

"Unlike modern boilers, welding technology did not exist at that time," Coutant said. "Instead of welds, the boiler is held together with stay bolts and rivets. Surprisingly, even after 115 years, the boiler is in great condition."

And so on a brisk morning in March, state inspectors joined firefighters at Station 11 in Charlotte to watch Old Sue in action and see if she would meet today’s standards. Her fire department handlers Robby Myers, Jimmy Thompson and Matt Brown oiled the valves, added fuel, adjusted dials and waited for the right amount of pressure. Her stainless steel-covered boiler glistened as coal was ignited in the firebox and black smoke spewed from the stack.

After about 45 minutes, the pressure had risen. They turned on the pump. 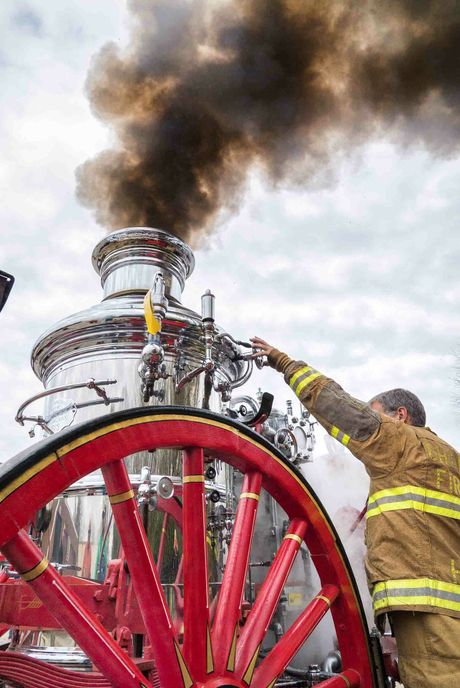 "You can see virtually all the moving parts in the steam engine and fire pump,” Hannan said. “It is a beautiful work of art in its own right, taking us back to the romantic age of firefighting."