The Largo Police Department in Florida just got more efficient. The force recently added two new Zero electric motorcycles to its fleet, part of the city’s transition to all-renewable energy.

The city’s commitment to an electric light-duty fleet by 2030 is part of the Largo Environmental Action Plan. Largo plans to convert to 100 percent renewable energy as a government by 2035 and as a community by 2050. 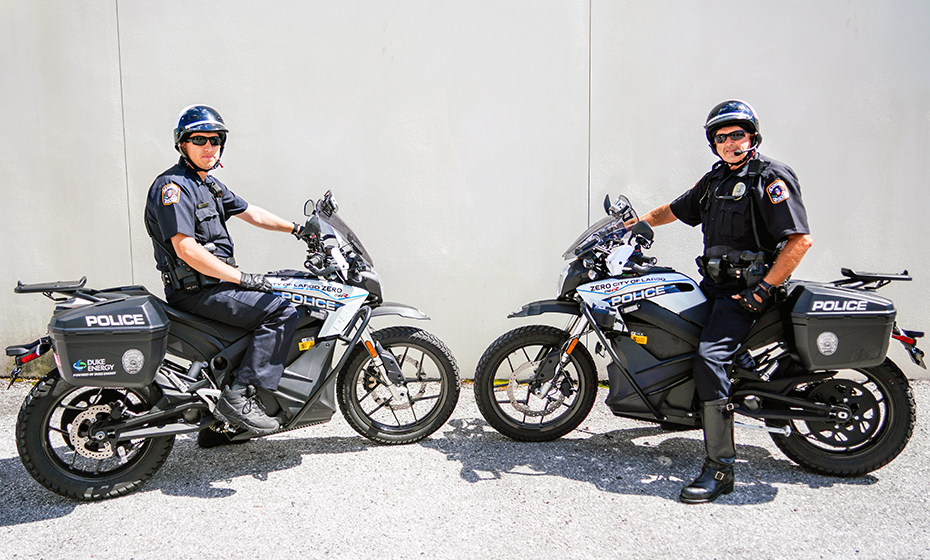 Largo Police Officers Andrew Lynch and Steve Calderone. The department received $7,000 from Duke Energy to aid in the purchase of Zero electric motorcycles.

Duke Energy, which has a goal of net-zero carbon emissions by 2050, gave a grant to help fund the motorcycle project.

“When we heard that it was important to the city of Largo, that was definitely exciting for us to get behind and fund,” said Sharon Arroyo, Duke Energy Florida’s vice president of government and community relations. “Largo has really been stepping up and leading the way in the area of green initiatives for their community.”

“And by transitioning our fleet to electric, we’re improving the air quality and public health of our residents and workers,” she said, “which is particularly important for our most vulnerable community members.” 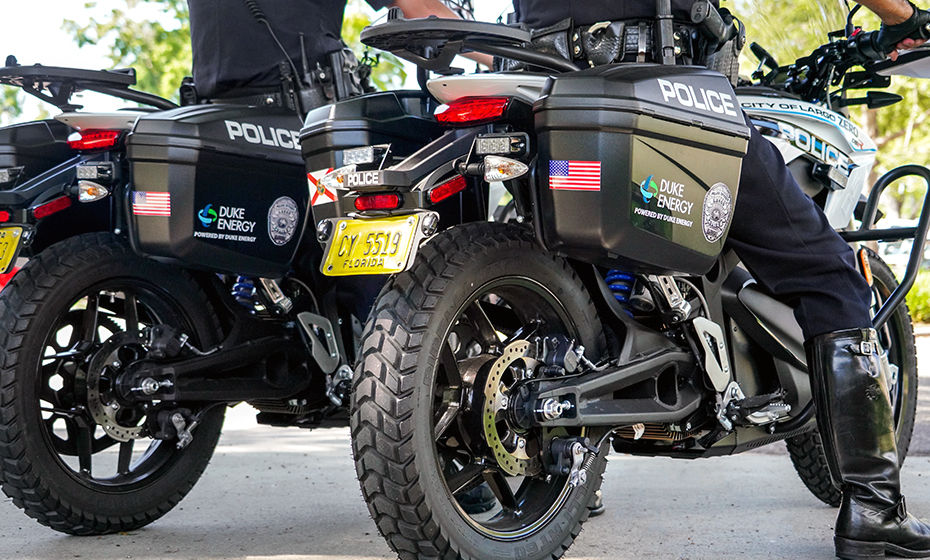 The city of Largo is moving to 100 percent renewable energy by 2035.

“It allows us to patrol the parks and trails,” said Sgt. Mike Blickensdorf, “without disturbing the citizens while not emitting exhaust.”

A 2018 report by the Intergovernmental Panel on Climate Change said emissions must be reduced by 45 percent by 2030 and reach net-zero by 2050 to reduce warming.

Metropolitan areas, including Atlanta, Seattle and Los Angeles, are transitioning municipal fleets, including fire trucks, buses and other vehicles to electric vehicles. Duke Energy’s eTransEnergy subsidiary works with municipalities, government agencies and others to transition to electric vehicle fleets. Duke Energy has provided almost $1 million in grants to Greensboro, Asheville and the Triangle area of North Carolina to transition their municipal bus fleets to electric.

In Florida, the EV opportunity is great. The state is home to more than 21 million residents, and passenger vehicles are responsible for 50 percent of criteria air pollutant emissions, according to a report by Atlas Public Policy and the Southern Alliance for Clean Energy.

Due to its warm climate and hundreds of coastline miles, Florida is especially vulnerable to the effects of climate change – rising sea level, high temperatures and storm surges. 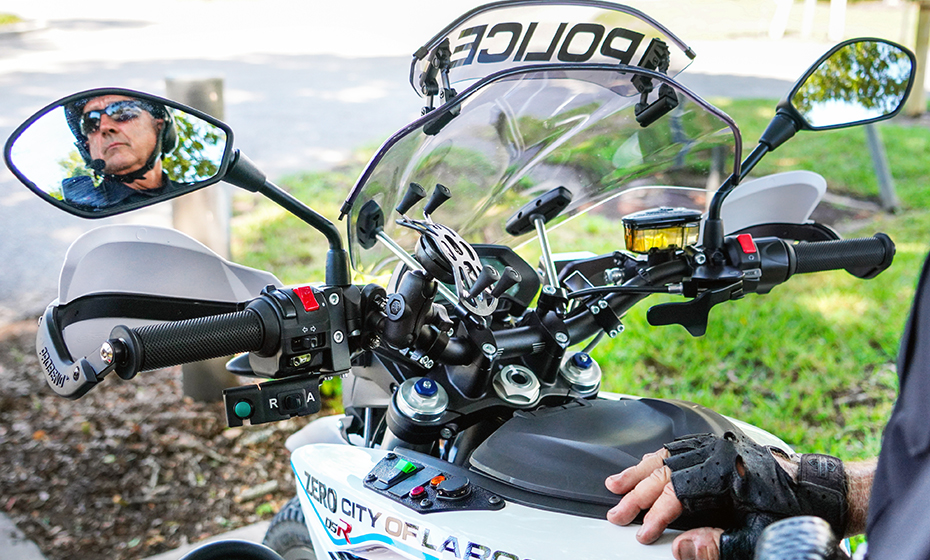 Thomas said the stations installed in Largo have had more than 4,000 individual uses. “We’re really excited to see the public adopting it and using it so frequently,” she said.

The new police transportation has had unintended benefits, too.

“The public wants to know more and is truly interested in greener, renewable resources,” she said. “This is a way in which we can help a community not only meet their goals, but connect with residents, too. It’s a great outcome.”