Duke Energy is updating the power grid in its service area in Indiana, Kentucky and Ohio to better withstand extreme weather and to enable the growth of renewable energy like wind and solar.

Every time you see a crew upgrading a power line with new equipment, swapping wooden poles with steel poles, placing a line underground or trimming trees along overhead lines – those are improvements to the grid, which is made up of poles, wires, and power plants to generate and deliver electricity to millions of homes and businesses. 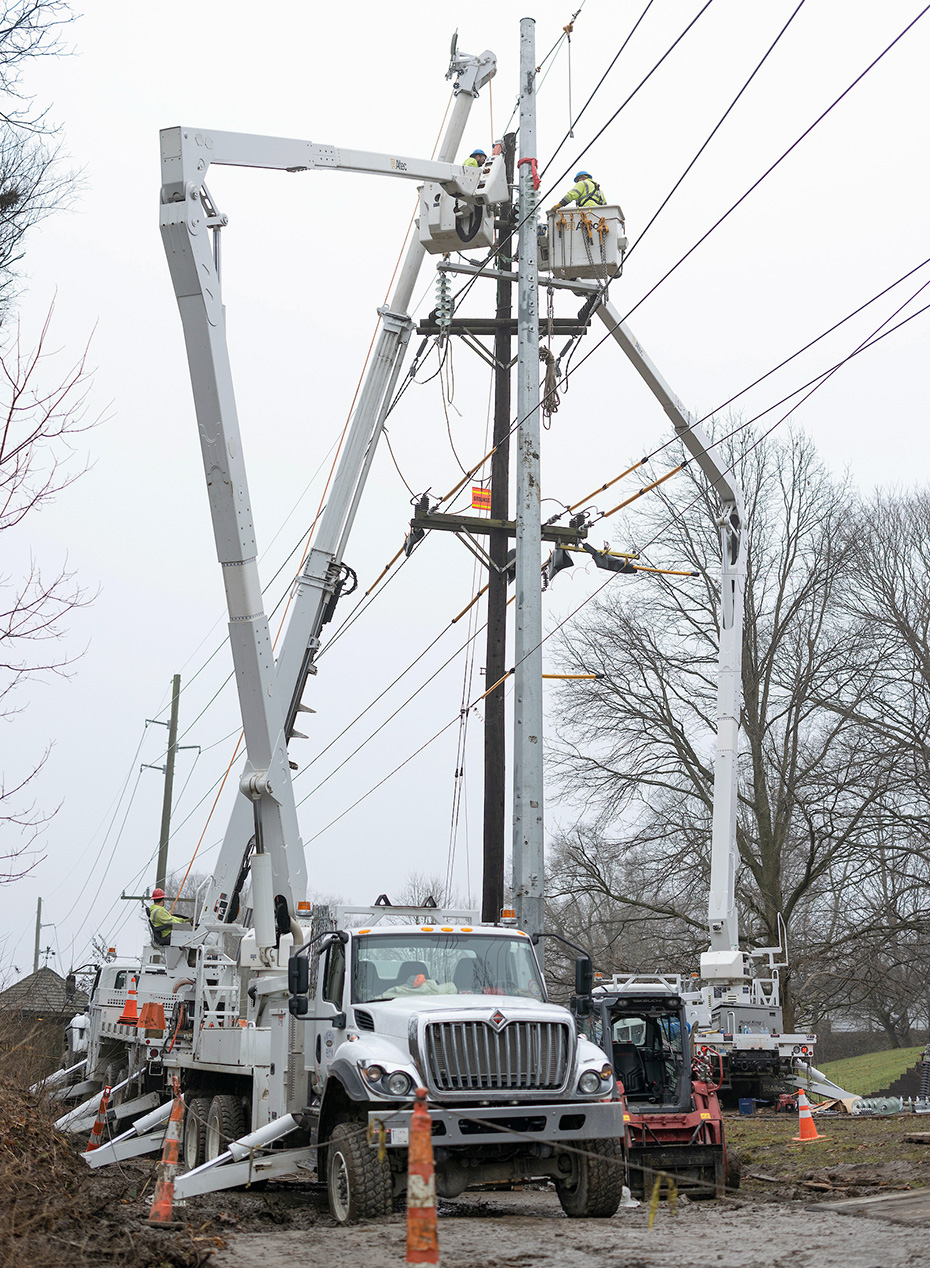 This crew is replacing a wooden power pole with a steel pole on Turkeyfoot Road in Zionsville, Ind.

Resiliency is the ability to recover quickly when disruptions occur. To improve resiliency, self-healing technology is being installed to automatically detect power outages and reroute power to other lines, which shortens outages for customers.

These improvements are also readying the grid for a cleaner energy future. Duke Energy is working to support the growing demand for technologies like solar, electric vehicles and battery storage.

“For more than a century, electricity primarily flowed in one direction – from the power plant to the customer,” Brooks said. “Now that we’re seeing these new technologies distributed across the grid, power is going to be flowing in multiple directions. So the same smart technology that helps us reroute power to avoid outages will also help us manage this dynamic power flow and enable the sustainable growth of these cleaner energy sources.” 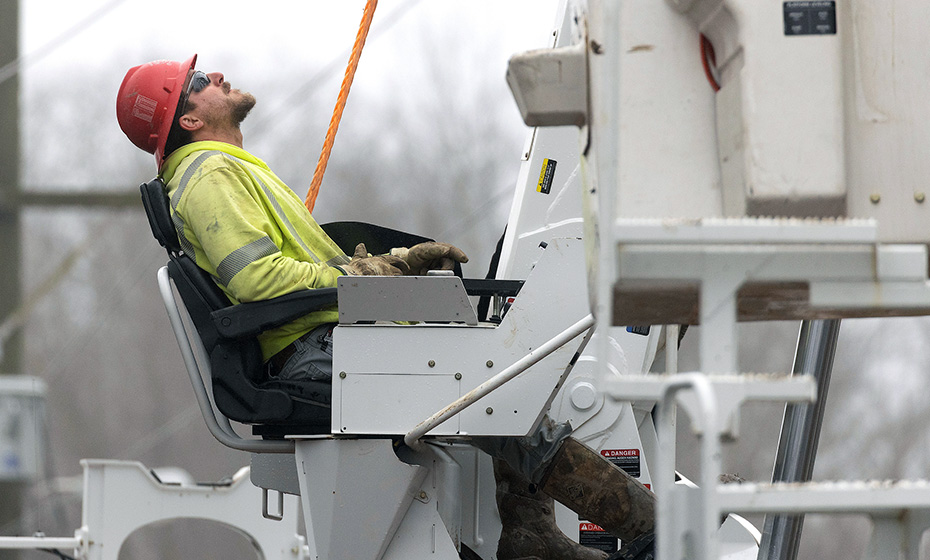 Technology upgrades have avoided hundreds of thousands of outages for Duke Energy customers in Indiana, Kentrucky and Ohio.

Grid needs differ regionally, so grid improvements differ in each state Duke Energy serves. The Midwest experiences severe storms, so many of the improvements being made are built around strengthening the grid.

A major grid update recently upgraded power lines over the Ohio river to ensure a reliable flow of power to tens of thousands of customers. Improvements planned in Ohio and Northern Kentucky over the next few years will benefit around 350,000 customers along more than 300 power lines and 60 substations.

In Indiana, the company has upgraded or replaced 31,000 poles, more than 1,000 miles of overhead power lines and more than 670 miles of underground cable, and updated roughly 420 substations in recent years.

Not all power outages can be prevented, but smarter technologies make the electric grid more resilient and better able to recover when power outages occur. Outages can be automatically detected and isolated so fewer customers are affected. Power can then be rerouted to other lines and service restored in a matter of minutes for many customers.

Currently, 11% of Duke Energy’s Indiana customers are supplied from a circuit with automation. After the completion of a new six-year plan, which is pending state regulatory approval, an estimated 65% of customers will be served by automated circuits. 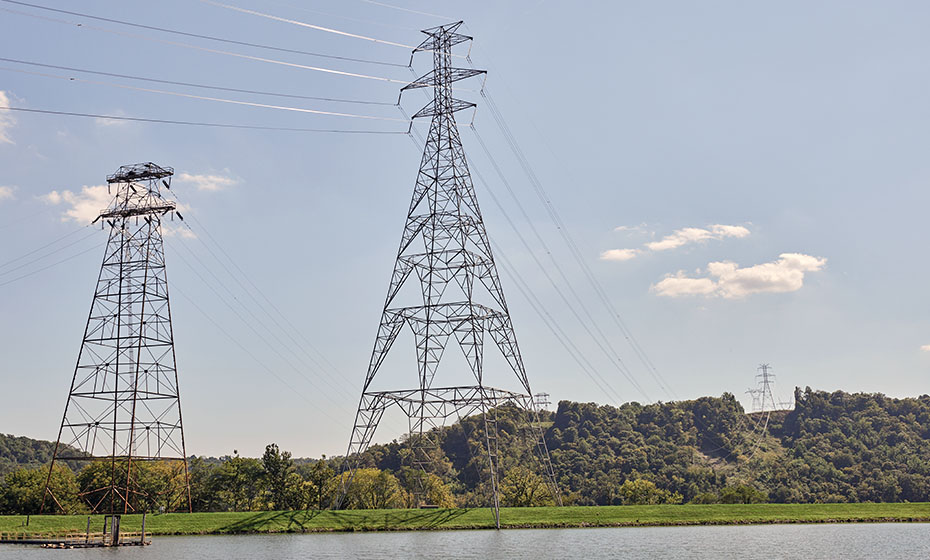 Duke Energy replaced six towers and rebuilt about 4 miles of high-voltage transmission lines, including lines that crossed the Ohio River.

“We have a more stable grid now, and we want to take it to the next level and make it a more resilient grid,” said Jeremy Lewis, Duke Energy director of Project Management in Indiana. “We would still be doing some infrastructure replacements, but a lot of it would also focus on new technology and getting the lights back on faster when problems do occur.”

“We know that when businesses and industries are looking to come to our service area, and we have electric infrastructure already in place on a particular site,” Lewis said, “it gives you an edge and helps you attract that investment.”

Duke Energy is also improving the grid in North Carolina, South Carolina and Florida. The company’s grid improvement strategy is delivering benefits today and will better serve customers in the future, reducing the number and duration of power outages and preparing the grid for cleaner energy options and lower carbon emissions.