To many people, 4-H brings to mind farms and agriculture.

Today’s 4-H is just as likely to be involved with renewable energy, science, engineering and technology programs. Duke Energy’s commitment to 4-H goes back to the Great Depression in the 1930s. The company has been a sponsor of the 4-H Electric Program since 1935. In those days, Duke Power (a predecessor company) was mostly involved in educating rural youth on the potential of electricity on farms across the Carolinas.

As times changed, so has the program’s focus. 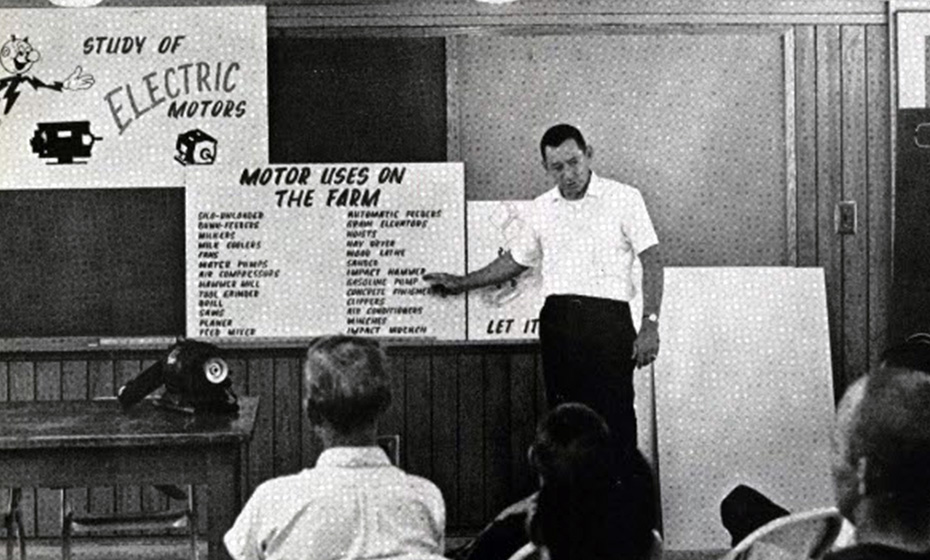 This photo from the October 1964 Duke Power News shows company agricultural representative Jim Tyson explaining the function of electric motors to boys at the 4H camp: "Jim proved to the kids in a hurry that electric power beats muscle power."

4-H (Heads, Hands, Heart and Health) was on display in July at the 75th N.C. Electric Congress in Charlotte. The Electric Congress, which Duke Energy sponsored along with other organizations, is designed to recognize excellence in the Electric Program throughout the state. 4-H members participate in workshops, meet utility company representatives, learn about careers in the energy industry, and interact with other representatives.

“At the career fair, attendees were able to explore everything from wind technology and jobs in hydro to line work or just how to get started at a university or community college,” said Robin Nicholson, government and community relations manager.

Duke Energy Foundation supports the Electric Congress in North Carolina, in addition to 4-H programs in other regions. The Foundation has invested more than $1.2 million in 4-H opportunities over the years. 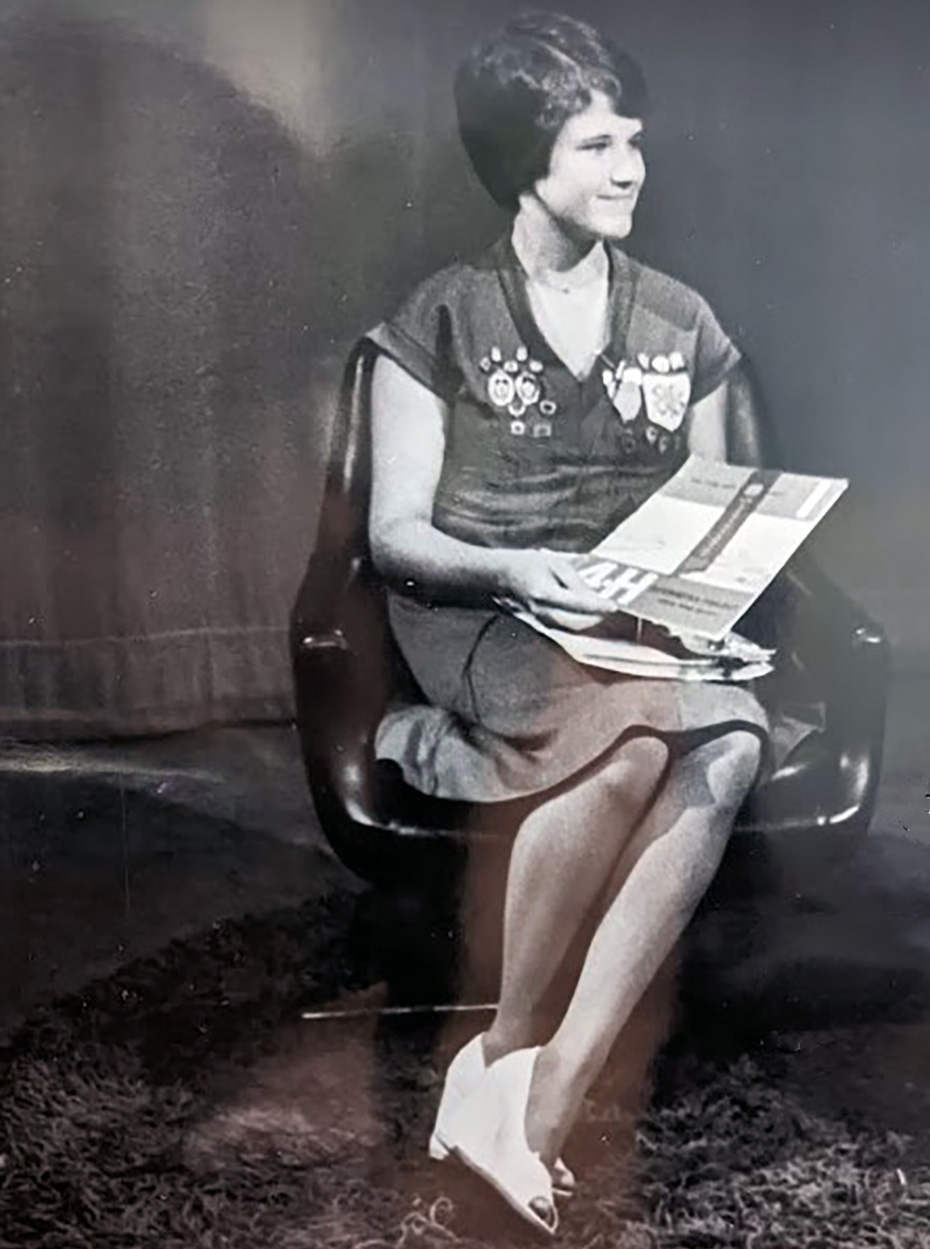 Duke Energy District Manager Robin Nicholson appeared on WBTV in the mid-1970s to discuss 4-H and her projects. “What I am holding in this picture is one of the record books where 4-Hers recorded the work they had done. I have on my 4-H uniform and a variety of pins and medals I won.”

“N.C. Electric Congress is part of the state’s workforce pipeline into the energy sector,” said Amy Strecker, vice president of the Duke Energy Foundation and director of Foundation strategy. “The engaging, hands-on content exposes students to new career options and demonstrates how interesting, challenging and rewarding a career in energy can be.”

Many Duke Energy teammates have been involved with 4-H over the years, and the experiences have influenced their lives and careers.

Alvin Etheredge, an account executive for the company in Durham, N.C., said he participated in the 4-H Electric Program while growing up on a dairy farm in South Carolina. “This sparked a lifetime interest in electricity, and I began experimenting and building projects in our garage,” he said. “My dad coined me Dr. Short Circuit, as my projects would routinely trip the circuit breaker and plunge our house into abrupt darkness."

“Through 4-H, I formed many lasting relationships with friends, colleagues and mentors, who have guided me throughout my life and career.”

Today, she is a government and community relations manager based in Hickory, N.C. “I’ve continued to work in roles that required expert communication, conversational and presentation skills, and 40 years later, I am still honing those skills I began learning as a 10-year-old 4-H’er.”

4‑H is a youth development organization serving nearly 6 million young people across the country. Participants work on hands-on projects in health, science, agriculture and civic engagement and are encouraged to take on leadership roles. 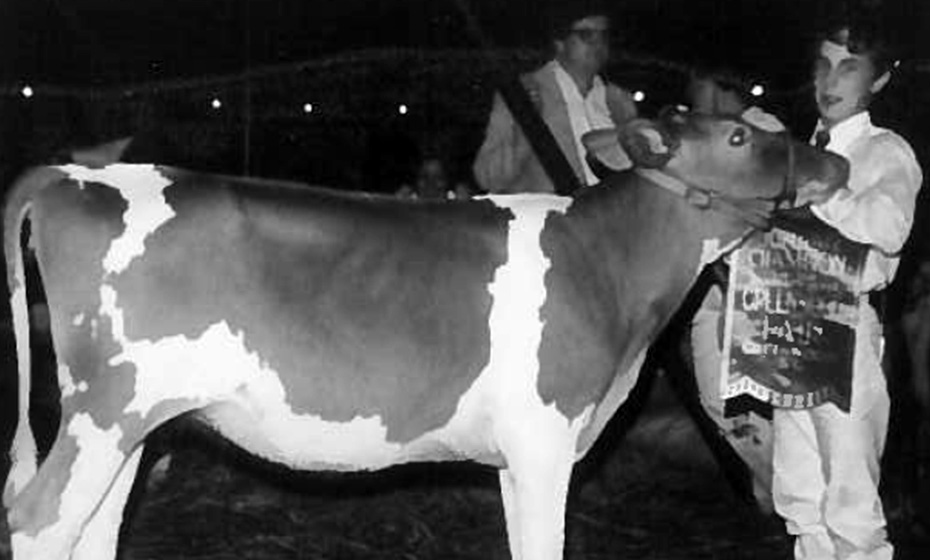 Alvin Etheredge and "My prize dairy cow, “Miss Petunia”!" She was the grand junior champion at the Greenwood, S.C., fair, he said. The photo is from about 1978 to 1980. 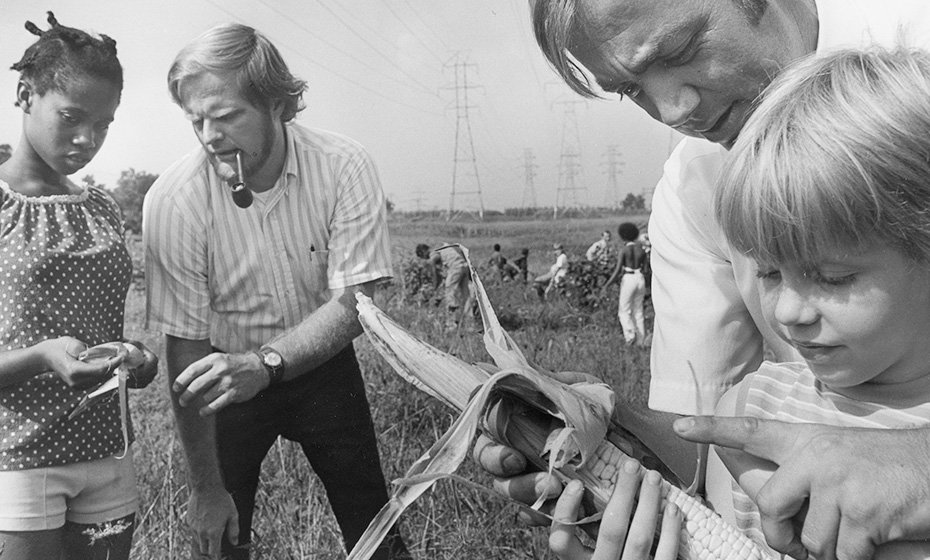 Duke Energy Account Executive Wayne Huddleston said the fellow on the right is Ag Engineer John Napier. “I believe this is off of Rozzells Ferry Road around the Lakewood Substation in Charlotte. Duke Energy and Mecklenburg Extension were doing community gardens under the transmission rights-of-way.”