On Oct. 19, two days before his 40th Duke Energy work anniversary, David Phillips will compete in his last International Lineman’s Rodeo. He is one of 75 lineworkers Duke Energy is sending to the international competition in Bonner Springs, Kan. 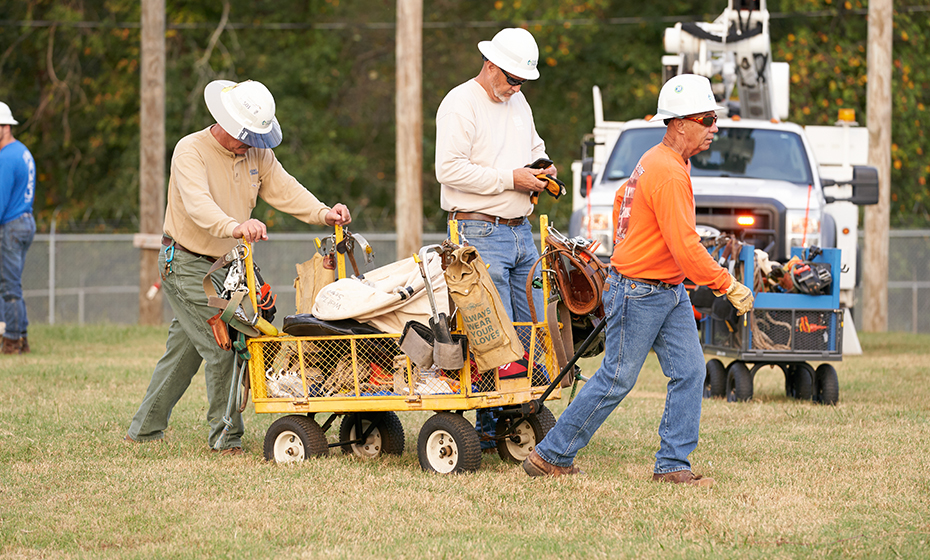 Phillips, front of cart, gets ready for a day of practice with his teammates Mitch Hutchins, center, and Neal Walker.

This year, more than 1,000 from the United States, Canada and Australia will compete in events that test job-related skills like working safely while climbing fast, making repairs and rescuing an injured teammate. It builds camaraderie but also makes them better at their jobs. They learn new techniques and keep their climbing and safety skills sharp for everyday work and situations where bucket trucks can’t be used.

Duke Energy is sending more lineworkers than normal because it includes some who qualified last year but could not compete when Duke Energy canceled its participation after Hurricane Michael. The category 5 storm devastated the Florida panhandle and required weeks of work to rebuild the grid.

It’s an honor for a lineworker to qualify for the International Lineman’s Rodeo even once in a career, but this will be Phillips’ 9th appearance in Kansas. With five top 10 finishes, he has little left to prove before he retires in 2020. Every year though, he looks forward to practicing and competing.

“It used to be about beating the young guys,” said Phillips, 61, “but I am so slow now. We used to beat them, believe it or not, but the last few years it hasn’t been that way.” 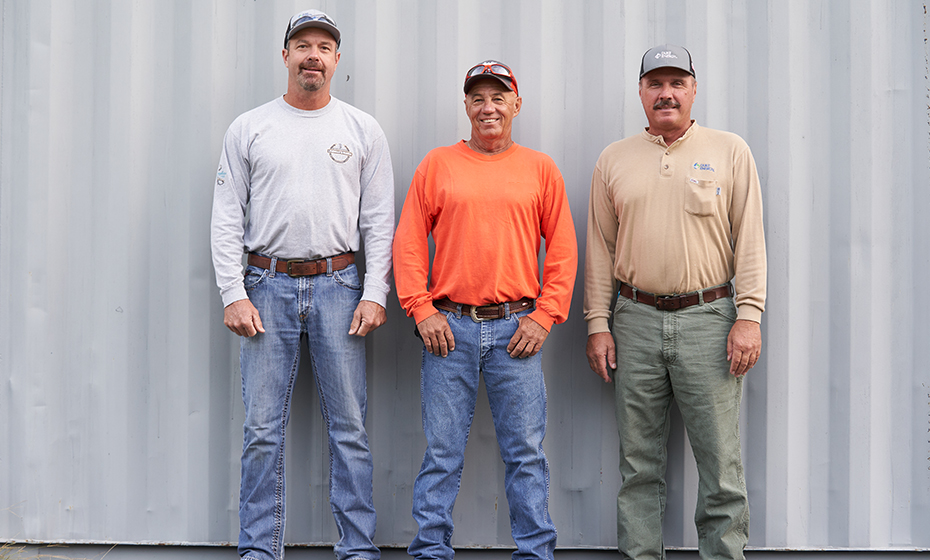 Now, he enjoys getting together with his team the week before the rodeo to practice. At practice, he said, competitors probably learn more than they do at the competition. They run through each event and share tips and techniques. Of all the rodeo tests, Phillips prefers the mystery event. Those are different each year but always involve repairing or replacing equipment. Teammates must work together to decide how to solve the problem as quickly and safely as possible.

Phillips, who is based in Charlotte, has rodeoed with mostly the same team since 2009. This year, his teammates are Neal Walker of Shelby, N.C., Mike Haynes of Marion, N.C., and their support and coach Mitch Hutchins of Spartanburg, S.C.

Hutchins and Phillips met in 2002 while they were restoring power after an ice storm in Michigan. They started competing together even though they’re based in different cities and don’t see each other much. 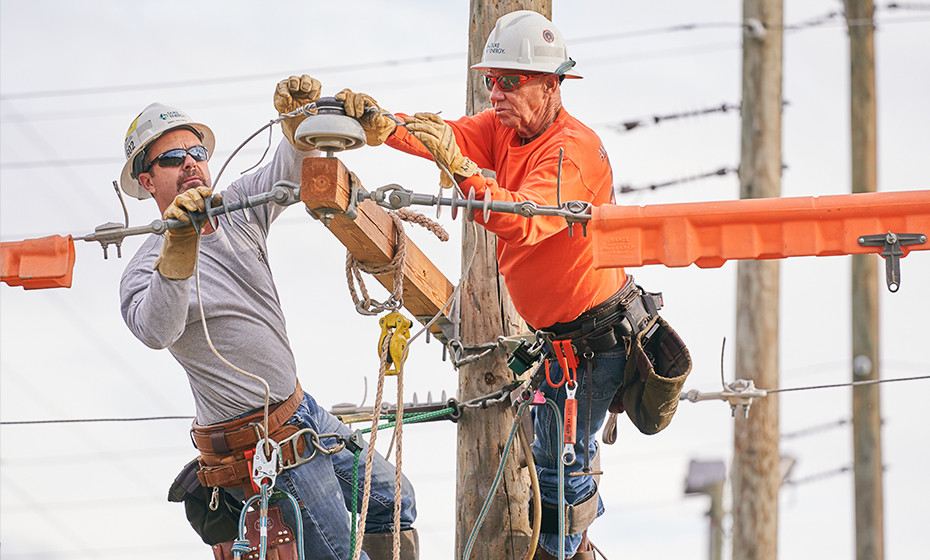 Haynes and Phillips practice replacing equipment before the International Lineman's Rodeo on Oct. 19.

Huddled around a pole in a Charlotte practice field with wires and parts in hand, they debated the best way to change a switch. Later, practicing a different scenario, Haynes and Phillips climbed a 40-foot pole to replace a piece of equipment. Hutchins coached from the ground – rulebook in hand – and Walker used a pulley system to help raise and lower a transformer and tools. A dozen other competitors cheered them on as they hoisted the transformer to the top of the pole – one shouted that Phillips was a living legend.

Phillips joined Duke Power in 1979 as part of McGuire Nuclear Station’s construction crew and then moved on to meter reading for about three years. He remembers seeing lineworkers and thinking that working in the air might be an exciting career.

He decided to give it a try and stayed with it. It suited his competitive personality even before the rodeo existed – when he was responsible for one bucket truck, he wanted that to be the best bucket truck, and when he was a crew leader, he wanted his crew to be the best crew. It’s been a rewarding career, he said, because he likes helping people. 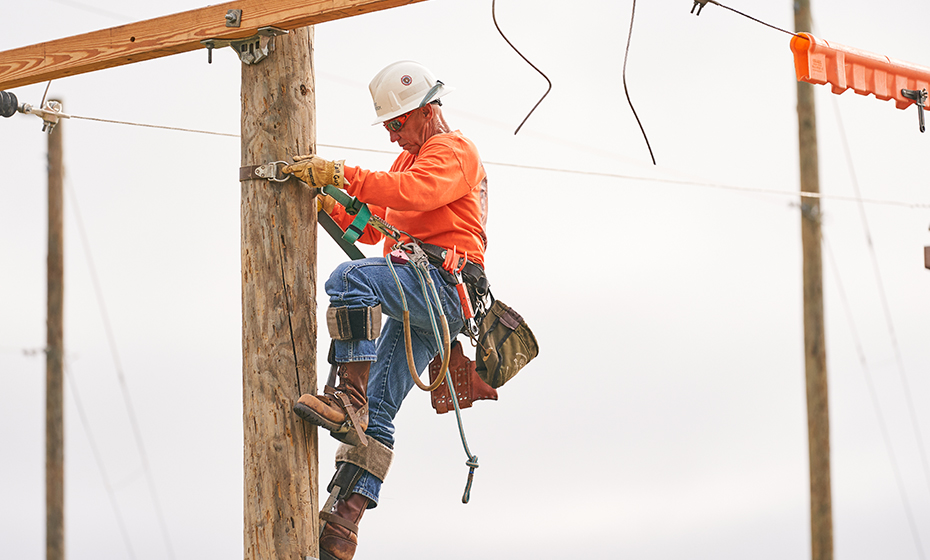 At 61, Phillips still enjoys climbing and still wants to win.

He’s helped restore power for thousands of customers. Most recently he worked Hurricane Dorian in the Carolinas, but the most memorable were Hurricane Andrew in 1992 when he spent nearly a month in South Florida and Hurricane Hugo in 1989, which was one of the strongest to hit the Carolinas.

Things have changed since then. The company has a different name and bucket trucks are used more often, but the rodeo brings back memories of climbing every day, and Phillips still wants to win.

At the international competition, his son, Harry, who’s also a lineworker for Duke Energy in Mooresville, N.C., will come to cheer him on one last time. Phillips said he would love a win, but, regardless, he’s proud of what he has accomplished.

“I know I will miss it very much. As many times as I have been,” he said, “I still get those butterflies before the rodeo.”