After a hurricane or major storm, getting through power outages can be challenging, but nonprofit Footprintproject wants to change that. They’re building mobile solar generators that will make disaster response faster and cleaner.

Their generators are quieter than fossil fuel-powered generators and emit no greenhouse gases. Duke Energy, which has its own carbon reduction goals, funded a mobile solar generator from Footprintproject and is building its own prototype. 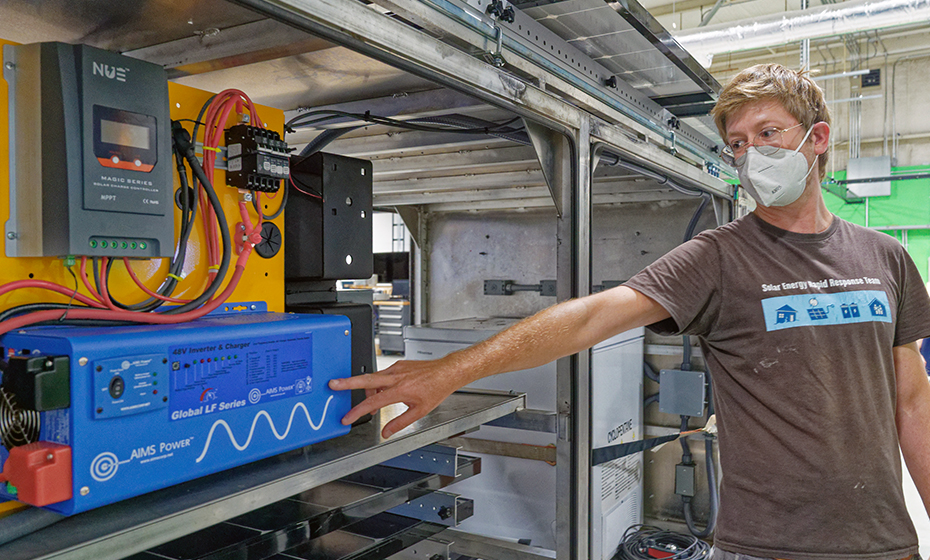 Will Heegaard, Footprintproject’s operations director, came up with the idea for the generators after working in Guinea during the Ebola virus outbreak. It’s hard to move a generator and transport fuel to remote areas, he said, and fossil fuel generators need skilled workers to maintain them.

Now he travels around the country building mobile solar generators with volunteers.

Building the generators at public gatherings helps draw attention to the effort. He built one at a festival in Tennessee recently for Duke Energy that the company can use after major storms in North Carolina.

The generators can be set up in public places like at a town hall or fire department and give people a place to charge their cellphones and provide electricity for first responders. 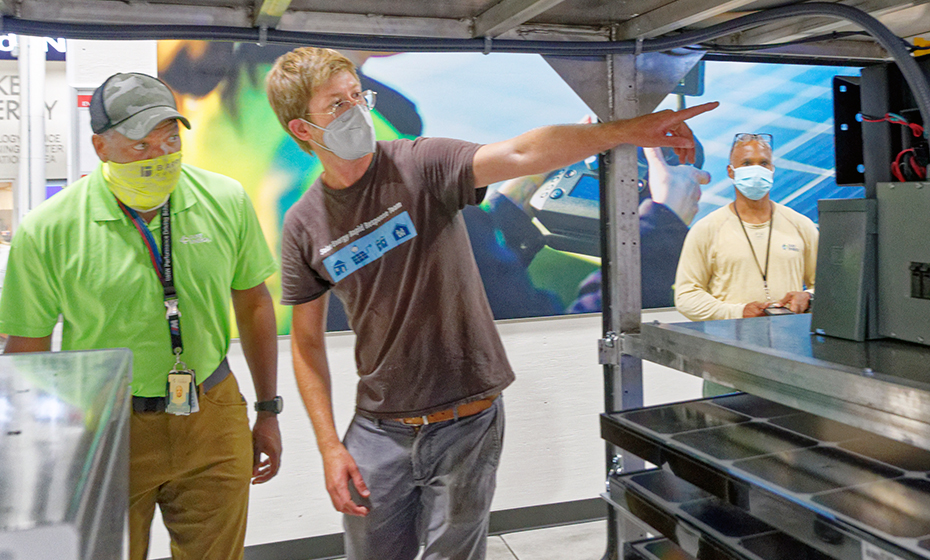 Will Heegaard of FootprintProject goes over the mobile solar generator's components with Duke Energy's Rodney James.

Each generator has multiple charging stations, a refrigerator or freezer for medical supplies or ice, and a place for responders to store and charge battery-powered chain saws and other tools.

It's all housed inside a 5-foot-by-8-foot aluminum box with blue doors on a trailer. Three solar panels on the roof capture the sun’s energy and send electrons to the brains of the operation: a controller and breakers, an inverter to transform direct current to alternating current, and batteries.

During the day, the generator is powered by the sun. At night, the batteries provide 10 kilowatt-hours (kWh) of energy – enough for up to 10 hours of use depending on what’s being powered. The generator also charges portable suitcase batteries and charging blocks.

Working with Jennifer Zajac in Duke Energy’s Solutions Development department, Technology Development Managers Rodney James and Randy Brown are building a prototype generator that will be twice the size with 4 kwH of battery storage. The Emerging Technology department’s plan is to learn how the technology works and have another generator available for outage restoration. 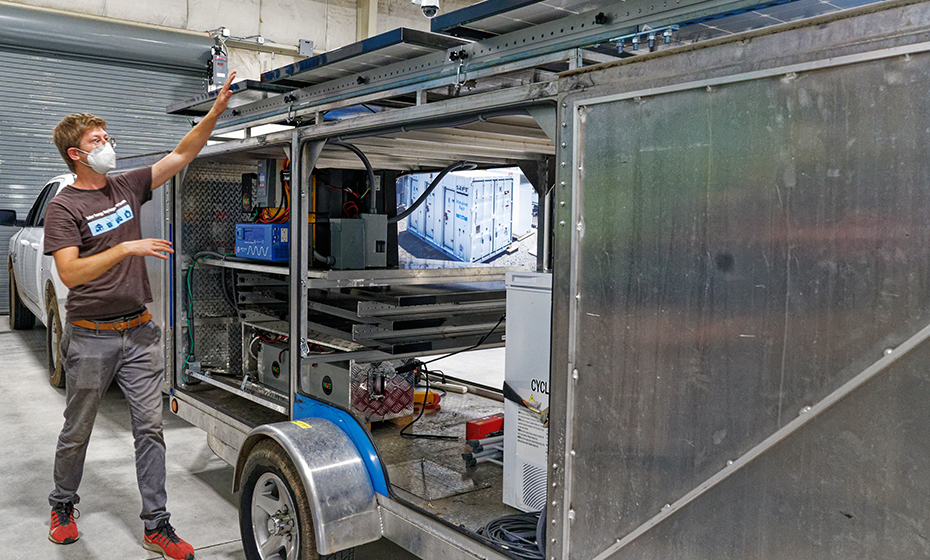 The mobile solar generator is housed in a 5-foot-by-8-foot box mounted on a trailer.

“This is an opportunity to provide backup energy for communities impacted by natural disasters like hurricanes,” said John Elliott, vice president, NC Government and Community Relations. “Duke Energy will work with emergency management officials and other local leaders to determine the best places for deployment. Our goal is to do the most good for the most people, such as helping families to stay in touch with loved ones.”

In addition to helping the community after a storm, the solar generator fits with the company’s environmental, sustainability and social goals.

Footprintproject has 20 mobile solar generators in its network. It’s supporting responders at the wildfires in California, flooding sites in Tennessee and Puerto Rico, where the nonprofit helped after Hurricane Maria in 2017, too. Their main staging areas are in Nashville, Oakland, Phoenix, and Minneapolis, where they are based. They also have about 70 suitcase-size batteries.

September is National Preparedness Month, to promote being ready for emergencies and natural disasters. The Federal Emergency Management Agency suggests you make a plan; build or update an emergency kit; and teach children about preparedness. Learn more at ready.gov/plan.

While a mobile solar generator may cost thousands more than a generator powered by fossil fuel, Heegaard said it’s more cost-efficient in the long run.

If natural disasters are intensified by climate change, aid organizations shouldn’t make the problem worse by using fossil fuels, he said, adding that more thought should be given to environmentally conscious aid.