These photos from the Duke Energy archives in Charlotte, N.C., are missing identification. That's where you come in. If you have any information about where or when these photos were taken, or know someone who can help, email illumination.duke-energy.com.

Don't miss a thing! Sign up for the weekly newsletter and updates. 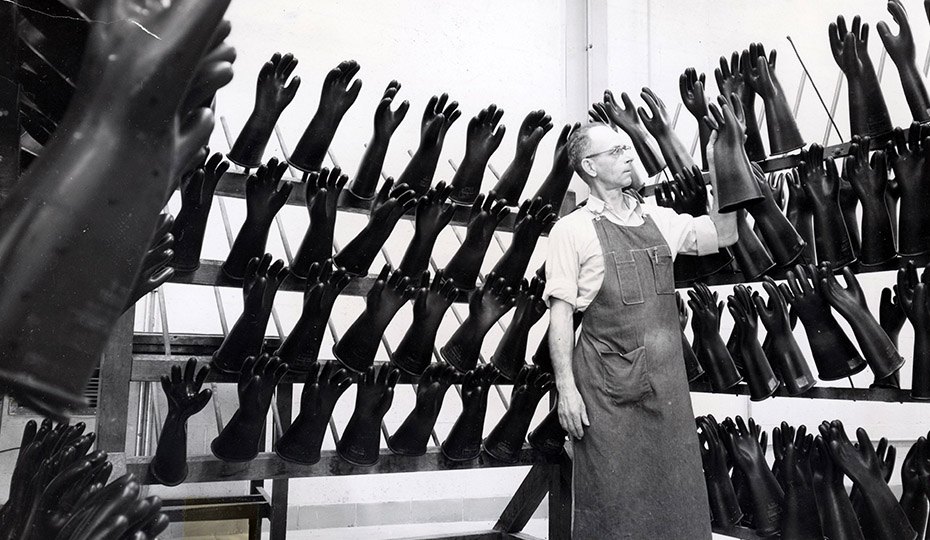 This photo looks like it's from a sci-fi flick titled "Man of 1,000 Gloves." This photo was shot at Public Service of Indiana headquarters in 1951. The caption says Mr. Gadby inspects puffer gloves used by linemen. Is that his name? And what are puffer gloves? 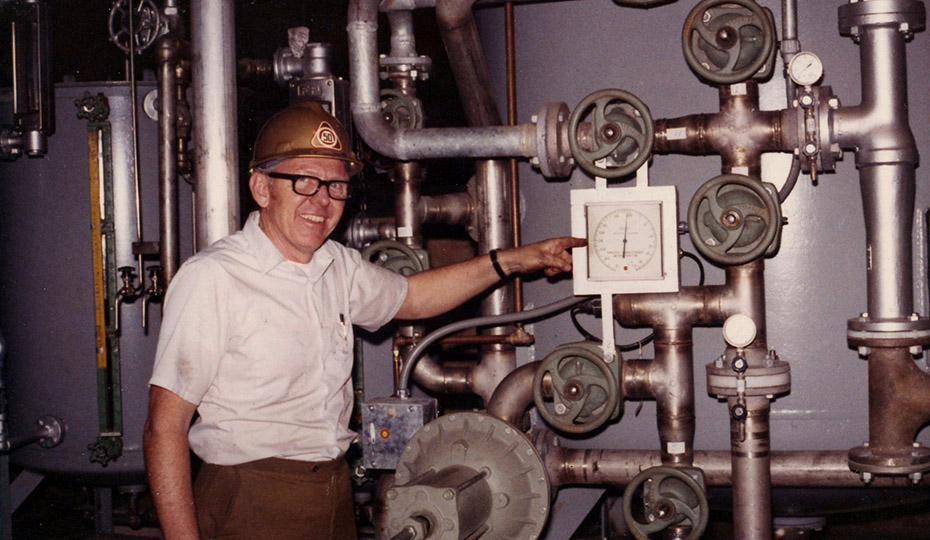 This photo from the Duke Power collection was taken in the late 1950s or early 1960s at Buck Steam Station in Rowan County, N.C. Anyone recognize this fellow? 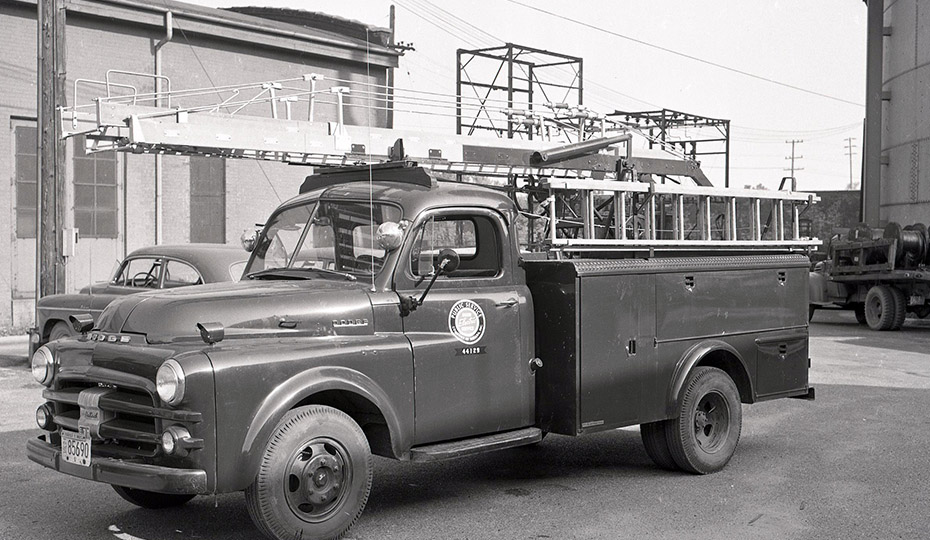 This is a mobile substation from Public Service Co. of Indiana. Archivists are seeking the location, year and model. 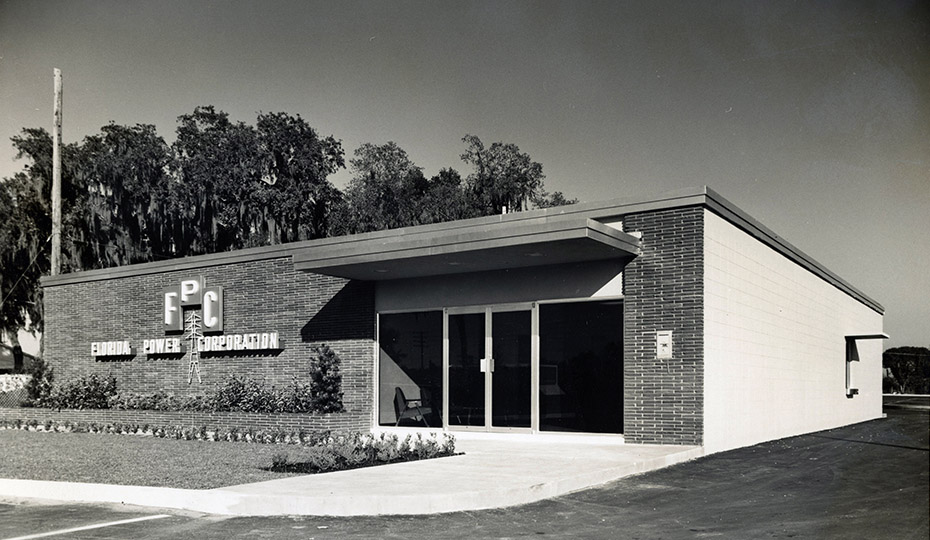 This is Florida Power's Central Office in Ocala. Where in Ocala was this office? Does it still stand? What is it used for now? 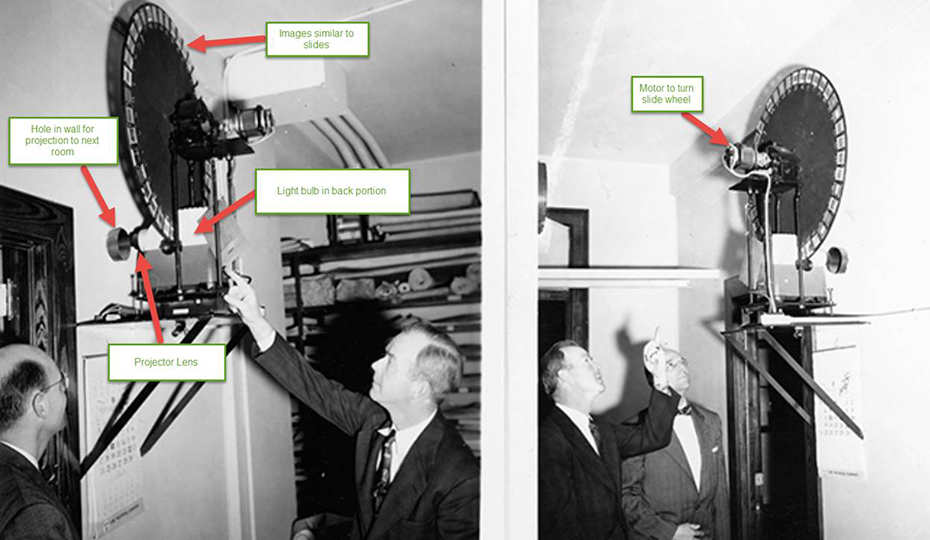 Here's a missive from Dustin King, who created this cool graphic: "Hello, I have a speculation as to what the thing is. Though it appears the thing was photographed long before I was born, it appears to be a slide projector, probably used to display still images during meetings. It appears as though it is brand new and has just been installed, as the tag is still on it and the man with the long tie is inspecting the tag and pointing at it, perhaps with questions or explanations for the man with the bow tie." 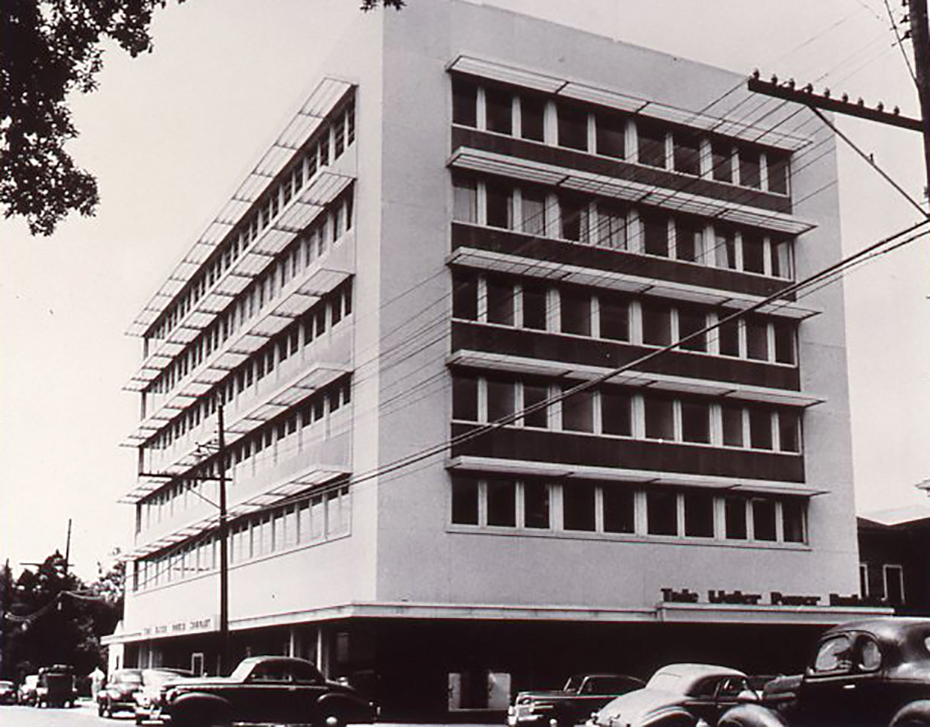 April England and Randy Hayes told us that the Tide Water building on Chestnut Street in Wilmington, N.C., has been renovated. The Historic Wilmington Foundation helped save the building, which now houses New Hanover County offices and features a live roof with plants and grass planted on dirt.
Tags: archives