Oct. 10 update: Due to Hurricane Michael, Duke Energy decided to withdraw its participation from the 2018 International Lineman Rodeo, so crews can be ready to restore power outages following the storm.

Lineman Bryan Minikel flipped through a stack of practice tests and straightened a bundle of No. 2 pencils on a folding table Tuesday at Duke Energy’s Toddville Operations Center in Charlotte, N.C. This time last year, he was getting ready to take the practice test, but this year, he was passing out tests to his teammates. 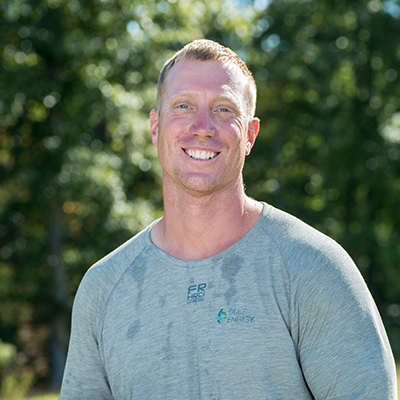 They are preparing for the International Lineman’s Rodeo – an annual event in Bonner Springs, Kan., where lineworkers compete in events that test job-related skills like speed climbing and hurt-man rescue, which simulates rescuing an injured teammate from a power pole. Apprentices (lineworkers with less than four years of experience) take a written test as well, and it can be tough.

Minikel won World Champion Apprentice at last year’s rodeo. He had the highest score of all participants on the written test and worked hard for the title. He practiced climbing for an hour every day before work and took practice tests written by his wife every night.

At the rodeo, he spent his spare time focused on the competition. He earned a reputation for carrying around his flashcards and would sneak away to study.

“I would try to find a quiet chair to study in and then someone would come and talk to me about the competition,” he said, “and so I’d have to go find another chair.”

Now, he’s looking forward to experiencing the rodeo without the pressure and sharing his lessons learned with hopes that Duke Energy can be best in the world again.

On Oct. 13, 57 Duke Energy lineworkers from the Carolinas, Indiana, Ohio and Florida will compete against hundreds of others from across the United States and Canada. The rodeo builds camaraderie among teammates and helps keep their climbing skills sharp for instances when using bucket trucks isn’t possible.

Every Duke Energy competitor must qualify for the event by placing third or better at regional rodeos.

Minikel aged out of the Apprentice category and competed in the Journeyman category at his regional rodeo near Raleigh, N.C., but one of his teammates broke his arm before the rodeo, and they placed seventh. He said his wife thought he would be done with the rodeo after that, but instead, from May through September, Minikel spent his free time typing notes, answering questions and sending practice tests to teammates. 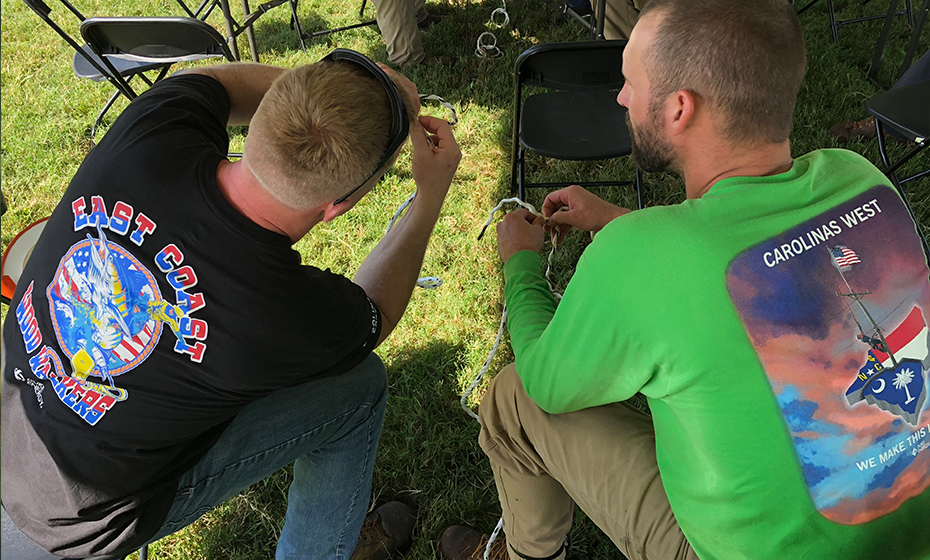 He brought eight practice tests for them to take at the operations center. Each has 50 multiple-choice questions and must be completed in less than 20 minutes, with a faster finish yielding a better score.

Minikel helped his teammates with other aspects of the competition like climbing and splicing rope, too, but he kept the apprentices focused on the written test because that’s usually the part that makes or breaks a champion title. As they were practicing rope splicing, he encouraged them to finish so they could squeeze in a couple more practice tests before lunch.

“Everybody here has it in them to win,” Minikel said. “If I can win, so can they. People will tell you to just have fun, but I want them to know they can win it.”

Minikel took over the Duke Energy Instagram on Oct. 2 for a behind-the-scenes-look at the rodeo practice. If you didn’t catch it live, here’s what you missed:

Hi, everyone. I’m Bryan Minikel 2017 World Champion Lineman. Today I’m out with some of our linemen who are training to compete at this years’s International Lineman’s Rodeo. Let’s see if they’ve got what it takes. . . . #thankalineman #internationallinemansrodeo #linemansrodeokc

The International Lineman’s Rodeo brings the best lineworkers from around the world to compete in events based on traditional tasks and skills. First held in 1984, the Rodeo has grown to over 200 teams and 300 apprentice competitors. . . . #thankalineman #internationallinemansrodeo #linemansrodeokc

This is more than a competition. It helps us practice and sharpen our traditional climbing skills. The experience made all the difference when our guys were climbing in the jungles of Puerto Rico after Hurricane Maria, or more recently in the swamps of North Carolina after Florence. . . . #thankalineman #internationallinemansrodeo #linemansrodeokc

I brought along a little coaching persuasion to help motivate everyone at practice today: Champion belt. 🥇 . . . #thankalineman #internationallinemansrodeo #linemansrodeokc

Drew Caison is off and climbing. One of our favorite competitions is the Speed Climb. The goal is to climb the pole as quickly and safely as possible. . . . #thankalineman #internationallinemansrodeo #linemansrodeokc

No, this isn’t the Boy Scouts. Every year we practice splicing rope, a skill that usually comes in handy at the international rodeo. . . . #thankalineman #internationallinemansrodeo #linemansrodeokc

Thanks for spending some time with us today. Don’t forget to tune into our stories next Saturday (Oct. 13) for an exclusive look at the International Lineman’s Rodeo in Kansas. . . . #thankalineman #internationallinemansrodeo #linemansrodeokc