At Duke Energy, we’re looking at how to make our employees safer and more efficient. That means better and quicker service as we deliver power 24 hours a day. A team is seeking out new developments in the emerging technology arena. Here are a few things we are investigating:

Quick intelligence
Technicians have their hands full. We are investigating hands-free devices, such as smart glasses, that give them the ability to retrieve information – like wiring schematics – while working on a task. That gives them one less thing to hold. Also, a streaming, Internet-ready camera (such as a GoPro on a helmet) could allow workers to ask for real-time assistance. Think about it: employees in different locations visually conferring to diagnose a problem and work on a quicker solution. End result: Your power gets back on more quickly. 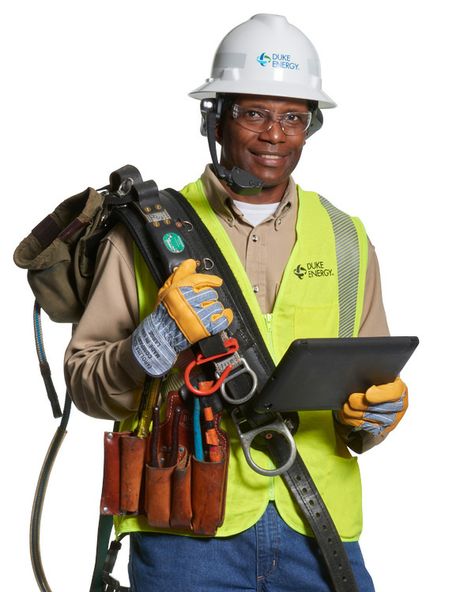 Safety monitoring
Hot summer and frigid winter days pose particular challenges for workers’ health. Is an employee’s heart rate or pulse too high? Should the worker take a 15-minute break to recover? Monitoring devices embedded on a technician’s wardrobe could help identify concerns before it’s too late.

Tablets
A computer tablet is not new. Neither is having a computer in a technician’s truck. But a tablet offers a technician more flexibility and greater mobility to be Internet-connected where the worker is.

Drones
Giving field technicians a drone is an intriguing concept since it allows a quicker and safer way for technicians to inspect areas that are difficult to access. Duke Energy is testing drone technology. Anything that leads to faster and safer information gathering and repairs is worth exploring.

Apps
Maybe there is an app for everything and ones that help utility workers do their job better are always of interest. For example, we’ve seen an app that turns your smart phone into an infrared camera. It could help technicians highlight problem areas on power lines, and alert them to dangerous hot spots.

That’s what makes this mission exciting. While you may be looking at wearable technology to enhance your own life, we’re seeing how it could enhance our workers’ safety and productivity – and deliver improved service.

CCS Insight, an analyst, says the wearable tech industry will reach $14 billion in sales in 2016, with smartwatches and fitness trackers dominating the market, according to Paul Lamkin on forbes.com. He says the virtual reality headsets market will increase 15 percent.