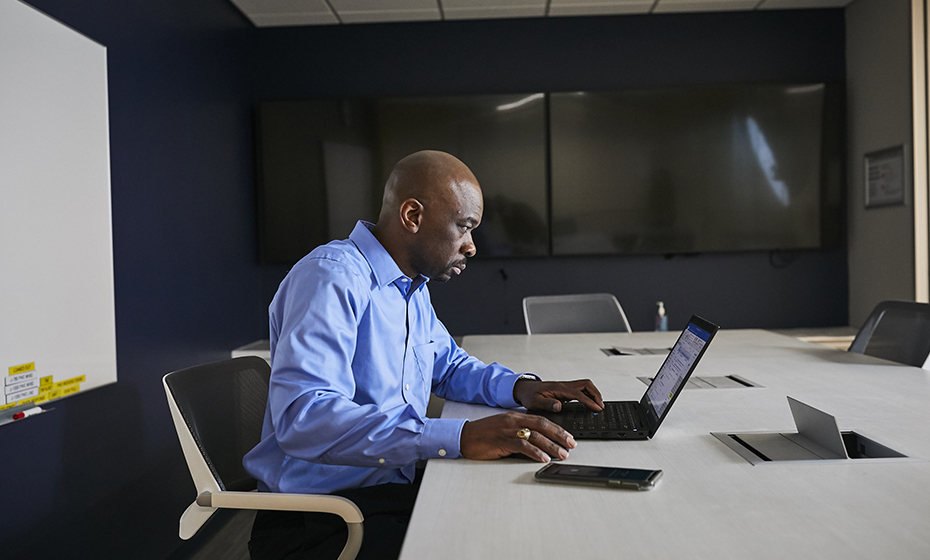 Rick Grant is the new lead for customer delivery engineering in the Carolinas – the team that’s responsible for the design and health of the electric grid serving more than 4 million customers. It’s a homecoming to engineering after 10 years in a variety of roles at Duke Energy.

Grant and his team of 750 problem solvers at Duke Energy are working to keep storms from knocking out your power. His team is made up of engineers, project managers, data analysts and GIS and engineering technicians who are designing the electric grid with the intent of preventing outages for more than 4 million customers in North and South Carolina.

He’s an electrical engineer, but you might not think about his job the way he does. He has a purpose. Grant, who’s based in Raleigh, spent the last 10 years in a variety of roles before coming back to engineering in November, where he started with the company in Wilmington in 2005.

Instead, he worked at a few other companies before deciding to join Duke Energy (it was Progress Energy at the time) because he was looking for a job that had a sense of purpose. He wanted to feel like he wasn’t just making money for a company.

Grant has been able to live his goal through each position he’s held.

“Working at the utility has allowed me to provide for my family but also provided a challenging environment where I get a diverse set of opportunities to not only grow as a person,” he said, “but as a leader to be able to help folks solve problems.” 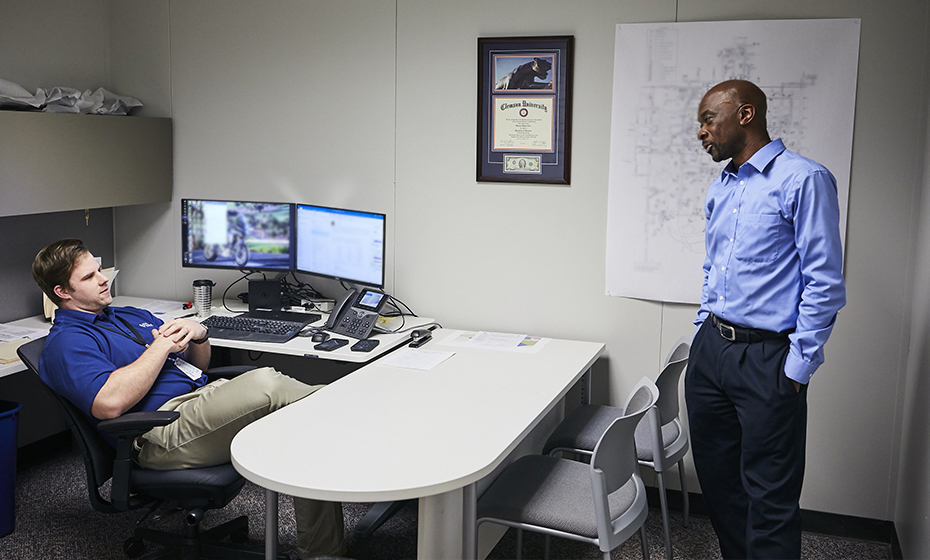 Grant speaks with manager of distribution design engineering, Steven Cox, about grid improvements at an operations center in Charlotte, N.C. They determine ways to make the grid more resilient and compatible with new technologies.

Grant is the vice president of customer delivery engineering in the Carolinas. For any new customer or piece of infrastructure that needs to be built or repaired, his team is the first step of the process, and for neighborhoods that have repeat outages, they figure out why it’s happening and how it should be fixed.

His team is also finding ways to use data to make decisions about where their investments will make the biggest improvements in reliability. They’re looking at outage data and customer feedback to identify the areas that are most prone to outages, so they can make it a priority to find a solution whether it’s tree trimming, underground lines or protective equipment.

In his previous role, he led the lineworkers and crews in the North Carolina Triangle area for three years during some of the most intense and active hurricane seasons of the decade. In addition to their day-to-day work maintaining and building power lines that serve more than 900,000 customers, he was responsible for determining how many crews and what equipment would be needed to rebuild the grid after major hurricanes – most recently Florence and Michael in North Carolina – and in other states, including Florida after Hurricane Irma in 2017.

In his last role, Grant led lineworkers in North Carolina’s Triangle through not only day-to-day grid maintenance and construction but also storm restoration of several major hurricanes including Florence and Michael in North Carolina and Irma in Florida, seen here.

“They put aside their own concerns at their homes and take care of our customers. To see our team sacrifice and put others’ wellbeing before their own is like nothing else,” Grant said. “It’s humbling, and it drives you to be a better leader to get them what they need to serve our customers.”

He’s worked in operations and maintenance, turbine maintenance for several types of power plants, and served as plant manager for Weatherspoon and H.F. Lee in North Carolina and Suwannee River Station and University of Florida Cogeneration in Florida. He was plant manager at Weatherspoon in Lumberton, N.C., when it was retired in 2011, and he helped the 50 employees build their resumes, practice interviews and find a new role.

What he learned through his career is his engineering degree from Clemson University is worth more than the technical skills he learned in school. 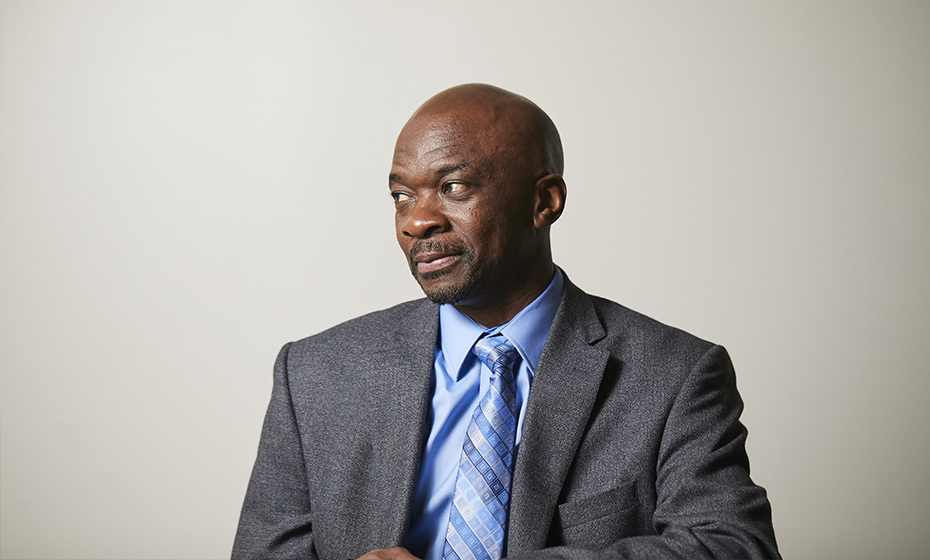 "I consider my career a blessing," Grant said. "It started with the foundation of my engineering degree then having the good fortune to have good opportunities and being able to make the most of them."

“Engineering coursework helps you develop a way of thinking that leads to efficient problem solving and seeing what the true issue is,” he said, “driving to the clearest, best solution with the best overall impact.”

He said he didn’t know that when he chose his major, but he’s thankful.

“I can’t see myself doing anything differently – to be able to get folks back to where their lives are whole and get electricity restored – that has a certain satisfaction knowing we’re doing some good in the world.”