Jim Bradley has lived in Charlotte’s Sherwood Forest neighborhood for 30 years, and he never experienced as many power outages as he did in early 2016. He had so many that he considered buying a generator.

Instead, he contacted a friend who works at Duke Energy to see if they could find out the cause. 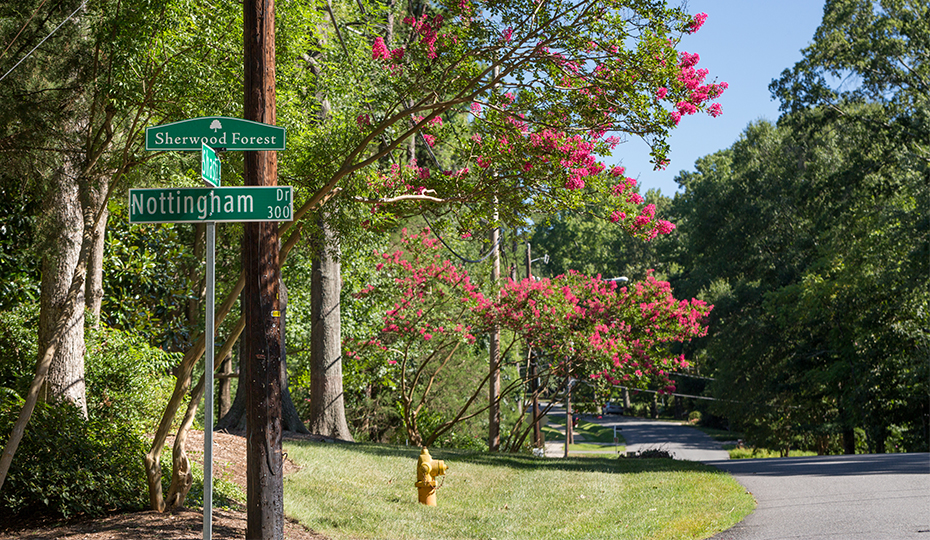 Jim Bradley was experiencing an abnormal number of power outages in his Sherwood Forest neighborhood.

His question made it to Sasha Weintraub, senior vice president of customer solutions, and inspired a new system that would help reduce outages for all Duke Energy customers.

Weintraub routed the question to Norv Clontz, Duke Energy director of grid analytics. When Bradley spoke to Clotz, he said he thought he lived in the company’s worst area.

Clontz had no way to know if that was correct. But with a phone call to Quinn Davis, a manager in the power quality and reliability engineering department, and a few months of collaboration, the two built software that provides the company with comprehensive information and ways to help improve reliability for customers.

It’s called the System Health Tool, and it works like a GPS.  With a glance at a smartphone, it’s easy to see which roads to avoid because they’re red, orange or yellow based on congestion level. GPS technology visualizes mounds of data so the user can easily find the most efficient way to get home.

But instead of helping users avoid traffic, the System Health Tool helps engineers see pockets of poor service that were not easy to find before.

Before the System Health Tool, engineers had to look at these performance indicators separately – vegetation management, infrastructure, reliability and customer satisfaction data – which didn’t present a clear picture of what areas needed improvements the most based on customer experience. The tool shows sections of a map as red, orange and yellow based on performance. 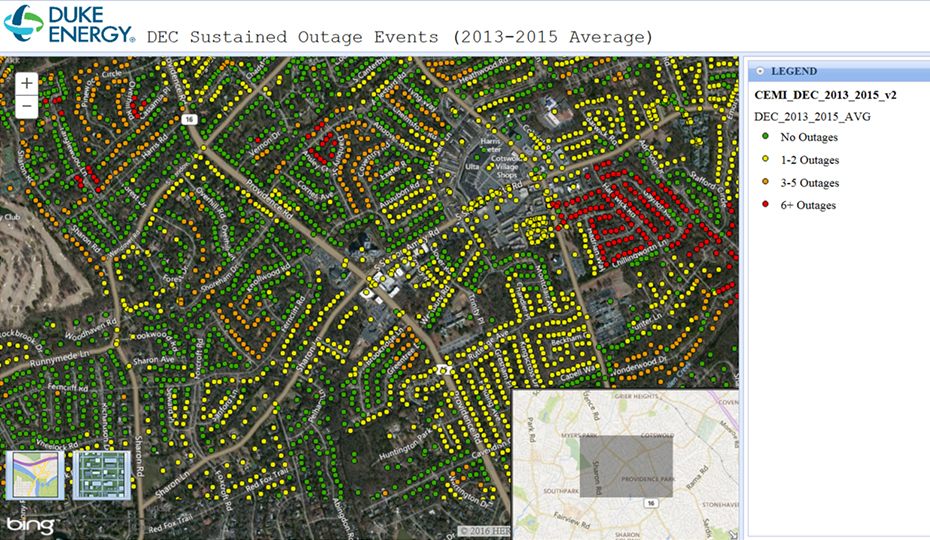 The new system allows Duke Energy to identify small pockets of poor performance and determine where grid investments are most needed.

“We never had the data in one place like this, and it was never as consistent as this is,” Davis said. “I use the tool to figure out which areas need funding.”

In the tool, Clontz could see that most of Bradley’s neighborhood was performing very well, but there were a couple of streets where homes were experiencing more outages than the others, resulting in a low customer satisfaction score. Davis and Clontz realized that this small section was overdue for tree trimming. 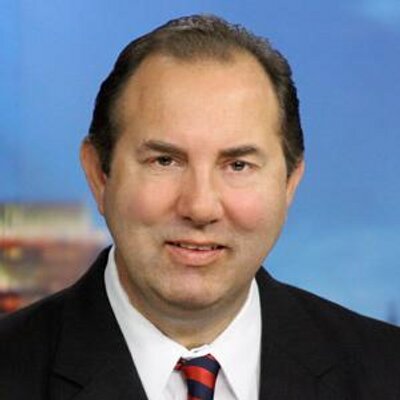 Bradley, a longtime television reporter for WSOC-TV in Charlotte, visited the office to see the tool in use and said it validated his concerns.

What started as a small project for one department is now being used by the entire company, and the two employees won a 2016 James B. Duke Award, the company’s highest honor, for finding a way to use customer satisfaction data to guide investments. Clontz said the tool was particularly useful when doing research for Power/Forward’s $5 billion investment to reduce outages by burying lines and installing protective equipment in North Carolina’s most susceptible areas.

“It’s my job to prevent outages,” Davis said. “It’s all about asking, ‘What’s the best use of our next dollar to help the customer.” 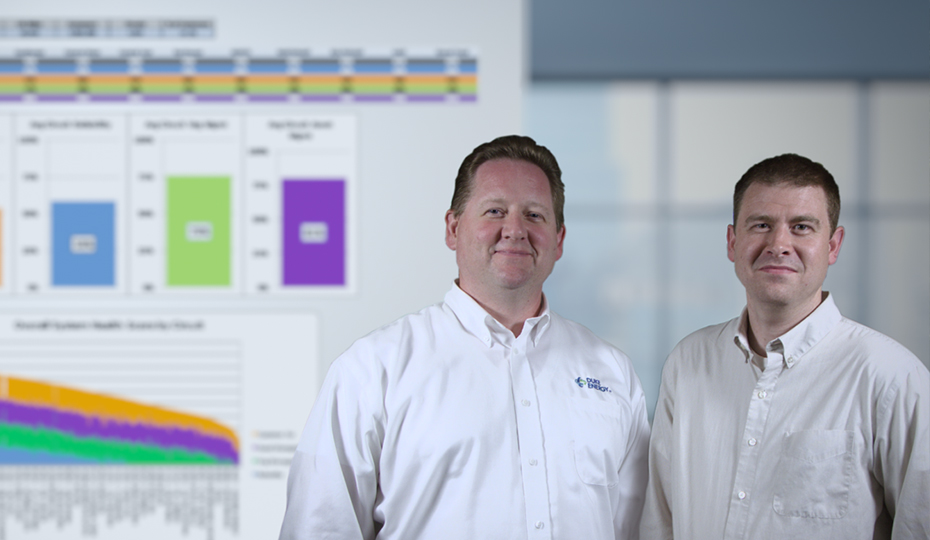 Norv Clontz, left, and Quinn Davis won the company's highest honor for their innovative solution to a customer's concern.

When Bradley called about his problem, he only expected Duke Energy to trim their trees like the company did several years before, he said, but learning Clontz and Davis created this new technology was a pleasant surprise.

“It was nice to feel like they looked at it, said it is a problem and they did something about it. It certainly makes sense for both sides – for customers and Duke Energy,” he said, “because clearly, they’d like to know where to put their resources and how to best keep the power on.”

His outage experience has improved, too. His neighborhood does not experience as many outages – recently, his lights flickered, and he was nervous for a moment.