The Halifax solar project in Halifax County, N.C., can generate 20 megawatts of energy.

The Dogwood solar project is located near Scotland Neck, N.C., in Halifax County.

The Washington Warren Airport project is located in Washington, N.C.

An employee works on panels at the Capital Partners, Phase I project in Elizabeth City, N.C.

The Solar Energy Industry Association predicts the United States will install 16 gigawatts of solar in 2016 – enough to power about 3.2 million average American homes at peak production and more than double the record-breaking 7.3 gigawatts installed in 2015.

Duke Energy is an industry leader with more than 50 solar projects in six states, and it ranks ninth in the nation for the amount of solar energy it can produce according to IHS Energy. Since 2007, Duke Energy has invested $4 billion in wind and solar projects.

Here’s a look at some of Duke Energy’s solar projects across the country: 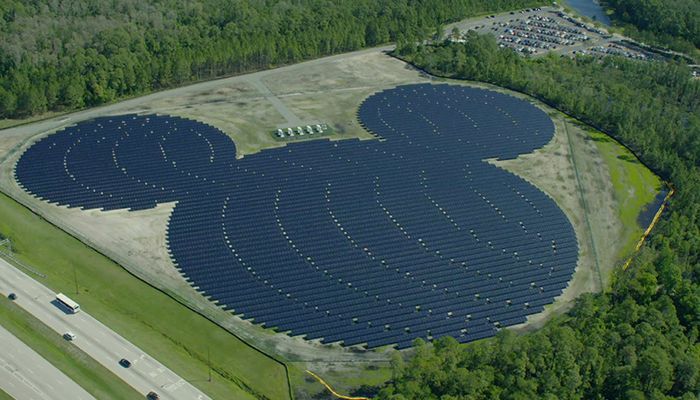 An aerial view of the solar plant built by Duke Energy at Walt Disney World Resort.

Duke Energy’s one-of-a-kind solar plant at Walt Disney World is the largest on Disney property. The 5-megawatt facility is built on 22 acres in the shape of a not-so-hidden Mickey visible from above. Duke Energy plans to develop solar projects that will provide up to 500 megawatts of solar capacity in Florida over 10 years.

Duke Energy can generate 36 megawatts at four sites in Arizona. The Gato Montes site at the University of Arizona’s Science and Technology Park in Tucson is part of a university study to test operating conditions and evaluate the most beneficial technology for solar energy production in the Southwest.

North Carolina ranks third in the nation for amount of solar installed – behind California and Arizona – and is home to 35 Duke Energy solar plants. Elm City, the newest Duke Energy North Carolina plant, features 487,000 solar panels and can produce enough energy at peak to power 8,000 homes.

California is Duke Energy’s second-largest solar market with seven sites. According to the Solar Energy Industries Association, California leads the nation with more than 13 gigawatts of capacity – enough to power 2.6 million homes at peak production. The Golden Gate Bridge is in clear view from Duke Energy’s Sunset Reservoir Solar Power Project. It’s the largest solar plant in San Francisco and helps power the city’s municipal services including buses, health clinics and the airport. 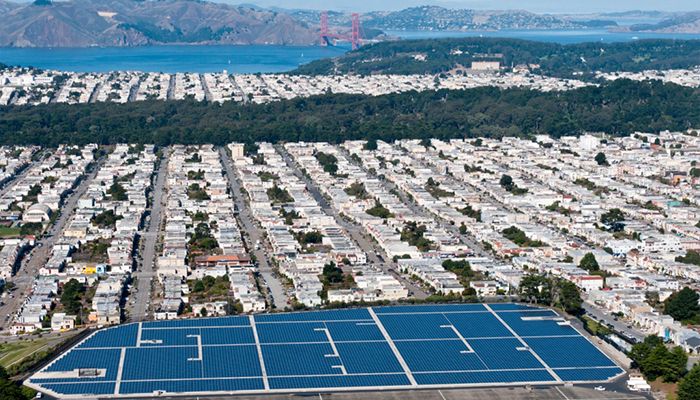 It may come as a surprise that New Jersey ranks fourth nationally in solar capacity, but the Garden State has enough solar plants to power 257,000 homes. Duke Energy has its smallest solar project in Sparta, N.J., which powers a recycling and paving business.