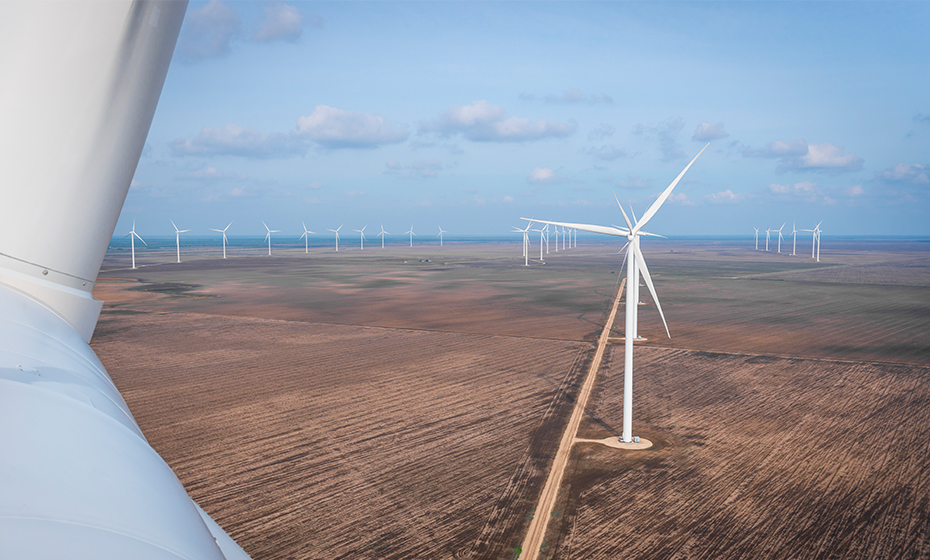 A segment of Los Vientos Windpower Project in south Texas.

The 426 turbines at Duke Energy’s Los Vientos Windpower Project are scattered across thousands of acres of farmland in south Texas. The project is vast – the second most powerful in the United States – so if you’re trying to find Rene Lopez or his wind technician teammates, here’s a hint: look for a turbine that’s not spinning.

When something at one of the towering turbines malfunctions, wind technicians like Lopez park their pick-up trucks at the bottom and climb to the top to fix it quickly and safely. Wearing about 45 pounds of gear and tools, an experienced climber takes about 20 minutes to reach the nacelle, the powerhouse 300 feet up at the top of the turbine.

Inside the nacelle, Lopez is responsible for troubleshooting and repairing the electronics and mechanics that keep the blades spinning. When he’s not in the air, he’s working on the substations and underground systems that harness the power generated by the turbines. Lopez is also one of a handful of Duke Energy wind technicians trained to use drones to inspect the turbines. Using a drone can save a trip to the top, and, when roads are too wet for trucks, drones can help them get the job done. Lopez has traveled to North Carolina and Florida to assess damage with drones after Hurricanes Irma and Florence.

Since 2008, the United States has doubled its renewable energy output, making wind technicians the nation’s second-fastest growing career. According to the Bureau of Labor Statistics, it’s second only to solar installers. 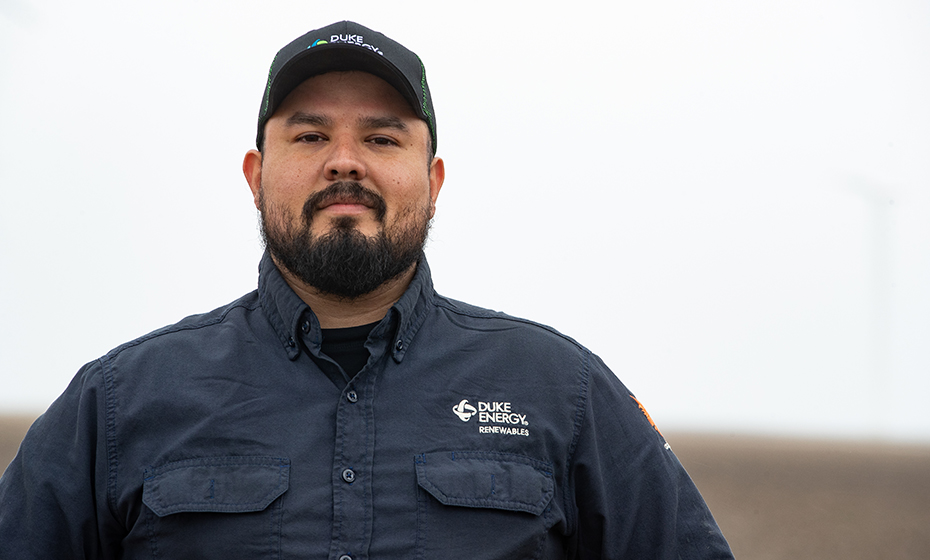 Lopez grew up about 10 minutes away from Los Vientos in Sebastian, Texas, but he hadn’t considered a career in renewables until he saw a pamphlet about the wind technician program when he was at Texas State Technical College. He decided to give it a try, and he’s been at Los Vientos, which began producing power in 2012, since it was under construction.

Lopez took over Duke Energy’s Instagram to show you what a day in his life as a wind technician is like. If you missed it, check out the highlights below for a view from the top without the climb. 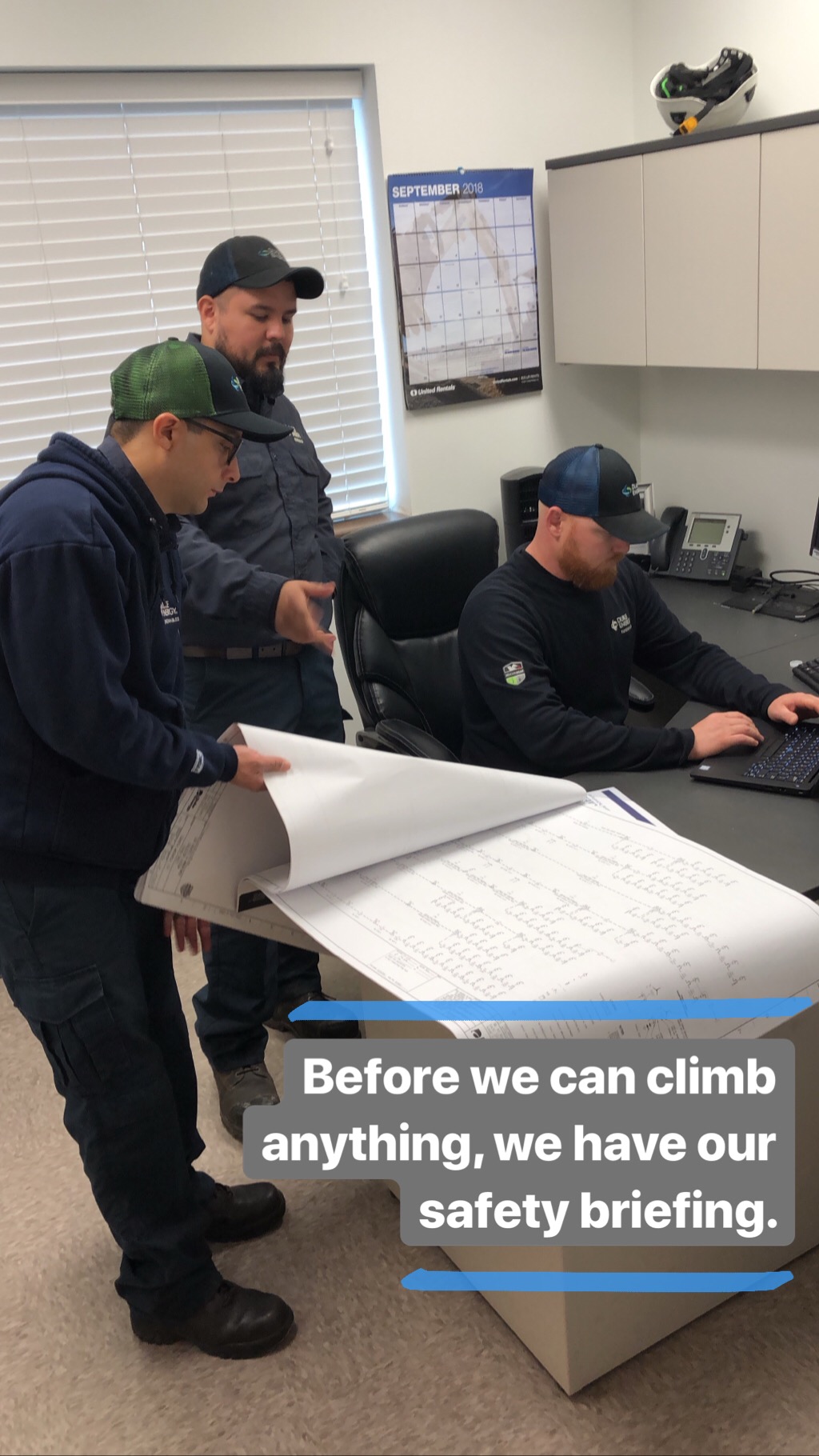 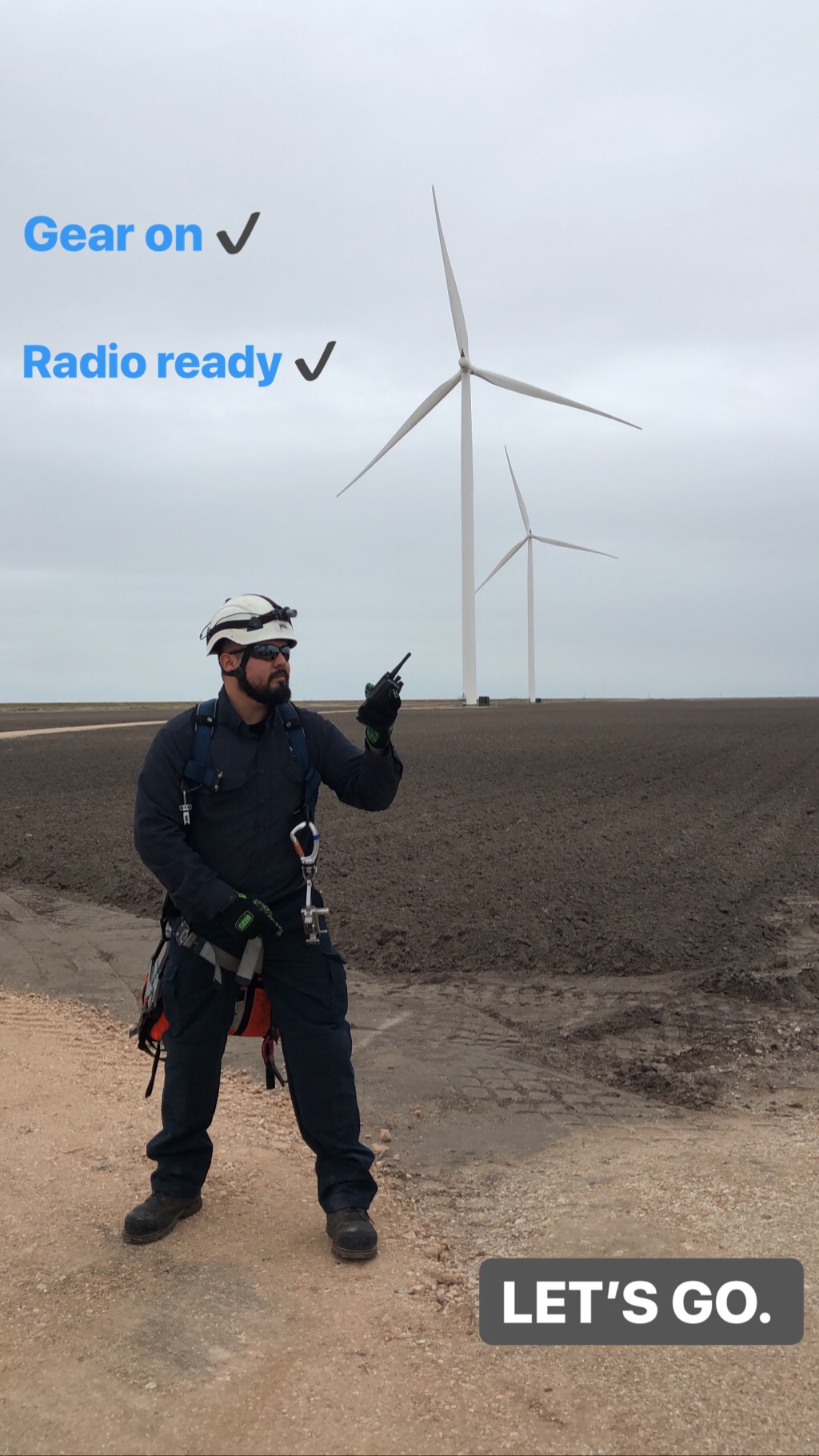