Behind the orange groves that line U.S. Highway 27 in Frostproof, Fla., a Nucor Steel construction crew is building a first-of-its-kind steel mill for the state. The micromill is smaller and more energy efficient than a traditional steel mill and produces rebar using scrap metal.

To get transmission lines to the plant, Duke Energy used helicopters, which was faster and reduced disruptions caused by construction. 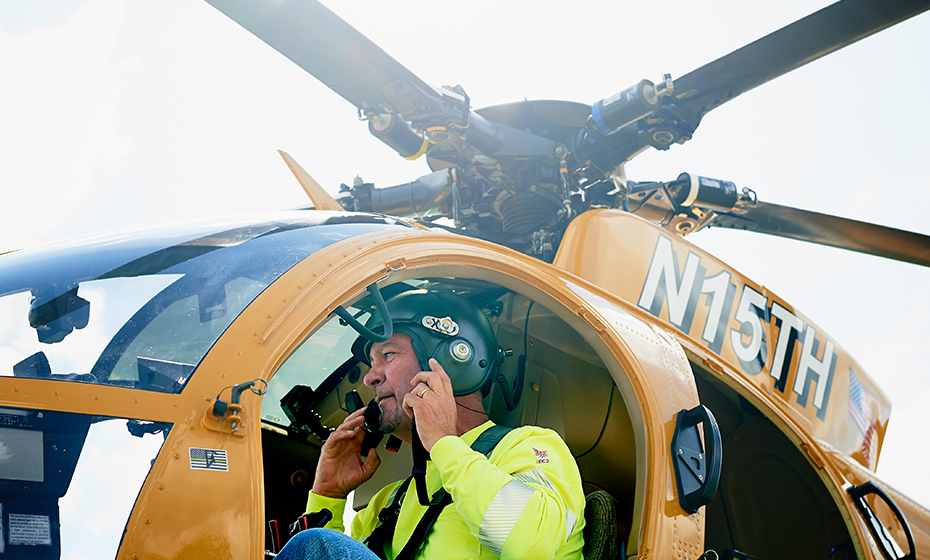 The $240-million micromill project uses scrap metal to make rebar (reinforced steel bars) for construction, and will create 235 jobs in the area with an average salary of $66,000.

Nucor Controller Corey Allain said the mill will be running by the fourth quarter and produce 350,000 tons of rebar a year – a product that’s in demand as Florida construction markets continue to grow.

Nucor, which has 27,000 team members nationwide, chose the location for not only its location to construction markets and a rail line for delivering supplies and products but its proximity to dependable electricity. Duke Energy economic development teams worked with Nucor to scout locations. Once the 400-acre site in Polk County was selected, Duke Energy helped design and build a new transmission line and substation to meet the mill’s electric needs. 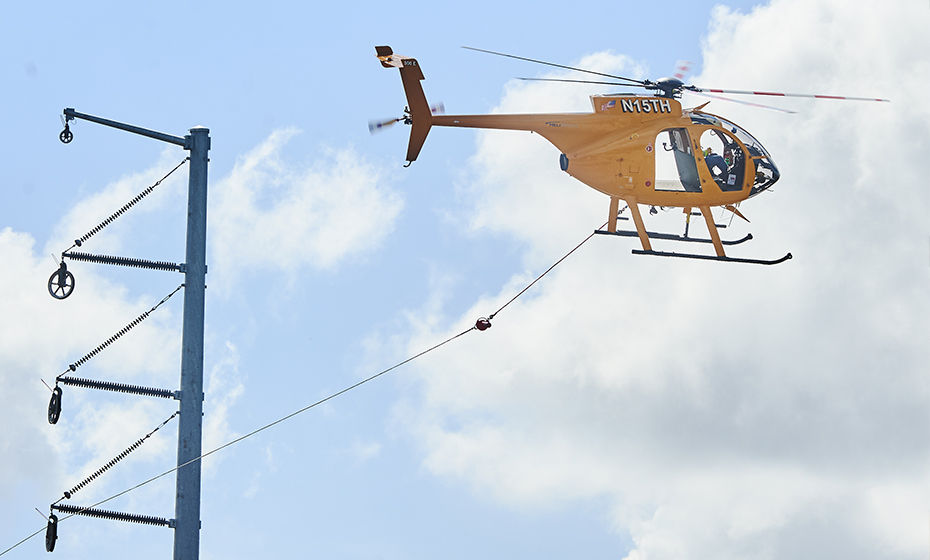 The new transmission line is seven miles long and passes over a downtown area, railroads, fields and other power lines, which made construction challenging, Duke Energy project manager Kevin Burke said. To help speed the process and reduce interruptions to traffic and residents, Duke Energy used a helicopter to build a 2 1/2-mile section of the line.

The line required 96 steel power poles. With normal construction methods, a crew would have to dig a hole, set the bases and build up each of the poles. Then they’d have to attach the horizontal arms and pull the power line from each pole to the next.

“That’s a lot of trucks going through town,” Duke Energy transmission construction manager Jimmy Mumma said, “so this will help with congestion and be more cost effective.”

Crews still set the bases of the poles like normal, but they were able to skip the time-consuming task of pulling the line from pole to pole. The helicopter pilot attaches a lightweight rope to the aircraft and pulls it from a large spool to each pole where the rope is snapped into a roller attached to the pole. The 2 1/2-mile section of line took one day to complete with helicopters rather than the days or weeks it could have taken a crew. They finished building the line in March. 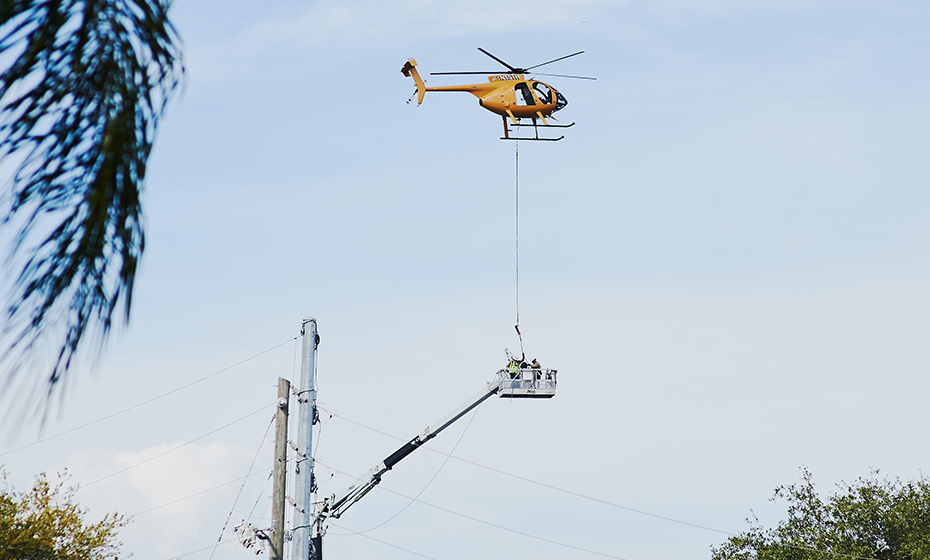 Nucor started construction on a similar mill in Sedalia, Mo., just ahead of the Florida project.

Allain said there’s an abundance of scrap metal near the new mill. Instead of continuing to export the scrap to mills outside Florida, Nucor can now keep those dollars in the local economy while reducing freight costs and delays. The design of the micromill is more efficient, too. It uses less energy with a more streamlined process where they can melt the scrap and cast straight into a rolling mill.

“The standard method is to melt and cast a semi-finished good then let it cool and then reheat it to be rolled,” Allain said.

Nucor has also incorporated automated processes to improve safety. By the end of August, Nucor will have hired for over half of the 235 new jobs. They’ll continue hiring through the end of the year. And, Allain said, after years of planning and construction, he’s proud to see the mill become a reality. 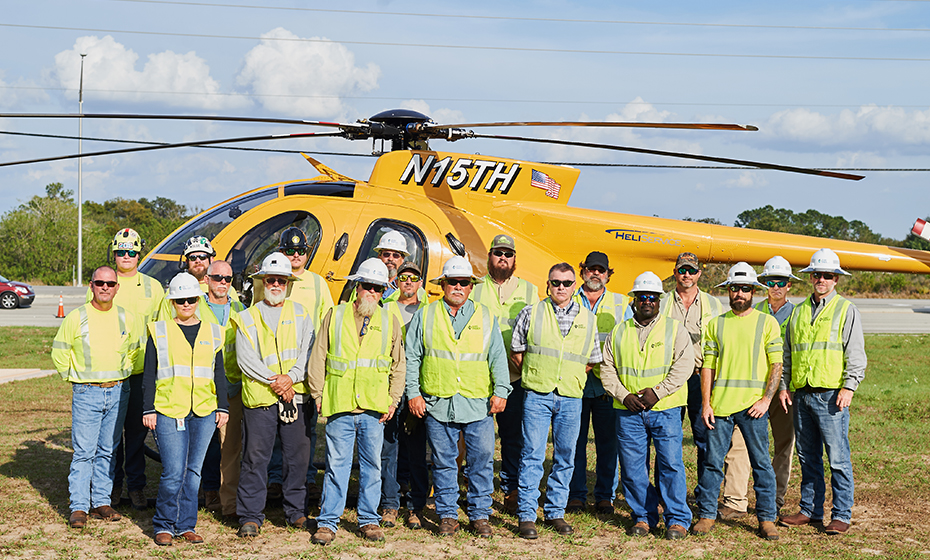