Around the twists, turns and high banks of the Charlotte Motor Speedway, visitors can marvel at a holiday spectacle that outshines the Griswold’s 25,000 twinkle lights. This is the Speedway’s 10th run of its drive-through light show, Speedway Christmas, and every year the team looks for ways to make it more impressive. 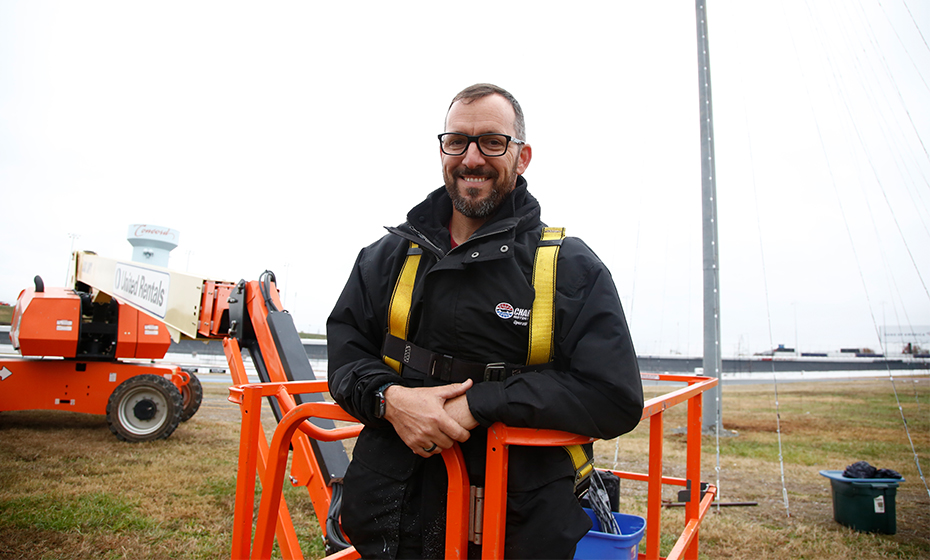 They’ve grown from 1.5 million lights in their first show to 4.5 million LED lights covering 3.75-miles of track. Michael Gibson, who has set up lights since the first Speedway Christmas said it takes about six weeks to get everything ready for opening night, but planning is a year-round project. The team tries to incorporate a new display each year so repeat visitors have new sights to see.

Gibson said they have transitioned all their lights to LEDs because they can add more lights without increasing energy costs, and the LEDs are more vivid and durable than incandescent bulbs. The LEDs also can flash faster and in intricate patterns. 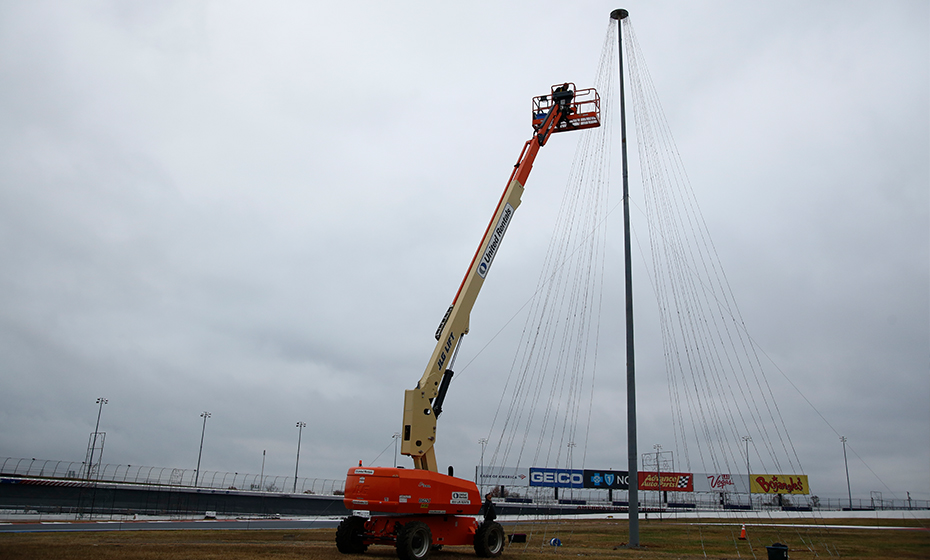 One of the best examples of LED brilliance is the Speedway’s newest addition: a 75-foot Christmas tree made of a power pole from the grandstand and 48 strings of dancing RGB lights. These lights use red, green and blue LED bulbs to produce more than 16 million hues. At Speedway Christmas, the lights swirl and flash to the music, making them the centerpiece of the infield.

The giant tree is surrounded by the track’s themed section: Santa’s Safari with racing cheetahs, chameleons and ostriches. Once you pass through, you’ll enter a section set to music that plays through your car’s radio on 101.3 FM. 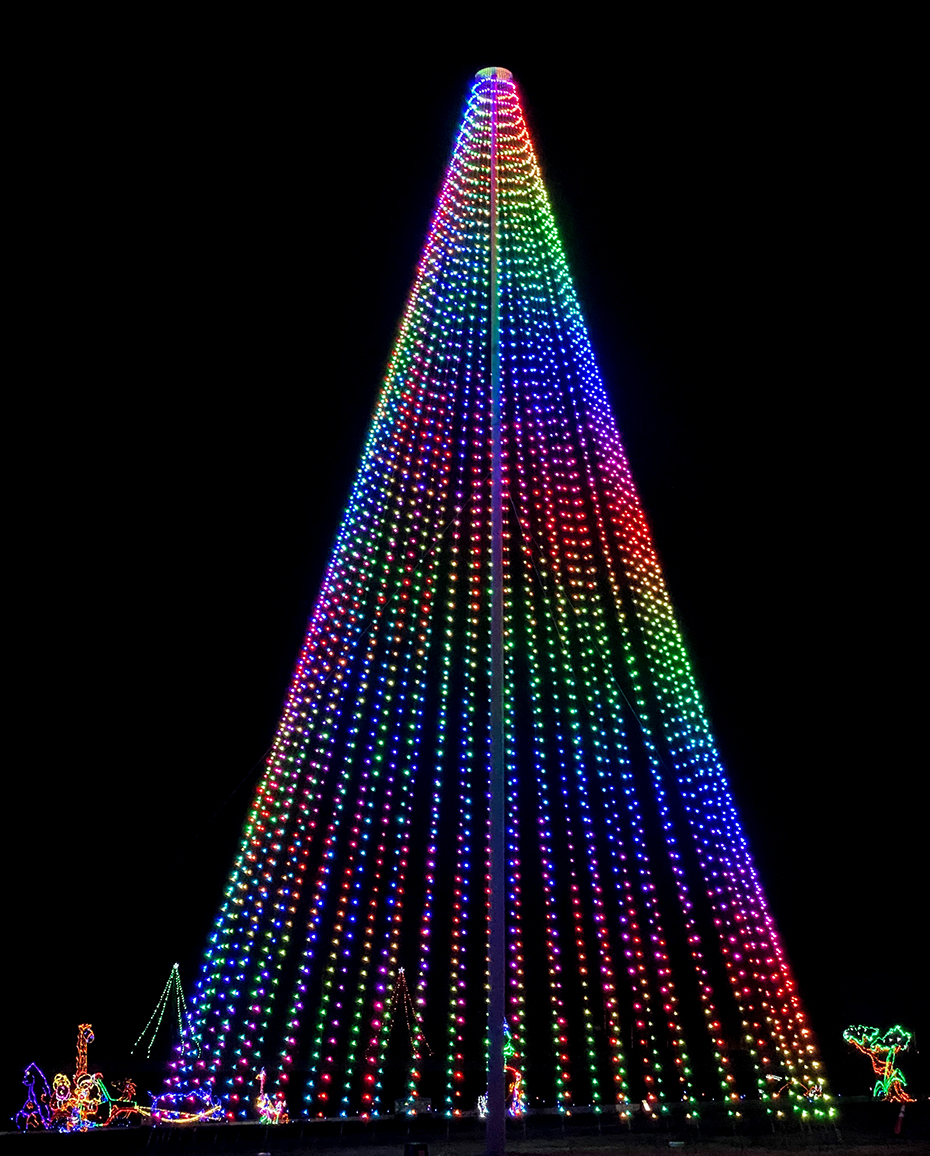 The giant tree has 48 strands of red, green and blue lights that produce millions of hues and an array of patterns.

“It’s really wonderful to see and drive through,” Gibson said. “When it all moves together, it’s beautiful.”

On Thursday through Sunday nights, the event includes a Christmas Village with a carousel, 100-foot slide, Ferris wheel, a visit with Santa Claus and drive-in holiday movies on the Speedway’s 16,000-square-foot television (that’s the size of almost four professional basketball courts.)

Speedway Christmas has earned a reputation, with thousands of visitors each night coming from as many as 33 states and three countries. Gibson said it’s special for their team to be part of families’ traditions. The weather is rarely sunny and warm while his crew is setting up in the weeks leading to opening night, but, he said, when the cars start rolling in with kids hanging out the windows pointing and smiling, it’s worth all the hard work.

“You can think back to when you were young and saw Christmas lights just driving through a neighborhood,” Gibson said. “Well, this is that times a million.”

Want to drive on Charlotte Motor Speedway and see the lights for yourself? Find more details here and watch this sneak peek drive-through video.