Solar power plants provide many benefits but at least one perpetual challenge: How do you keep grass under the panels from growing too high?

Mowers with traditional blades can damage equipment. Hand-held weed-whackers are a labor-intensive solution. Even the sheep tried at one small site behaved unreliably. 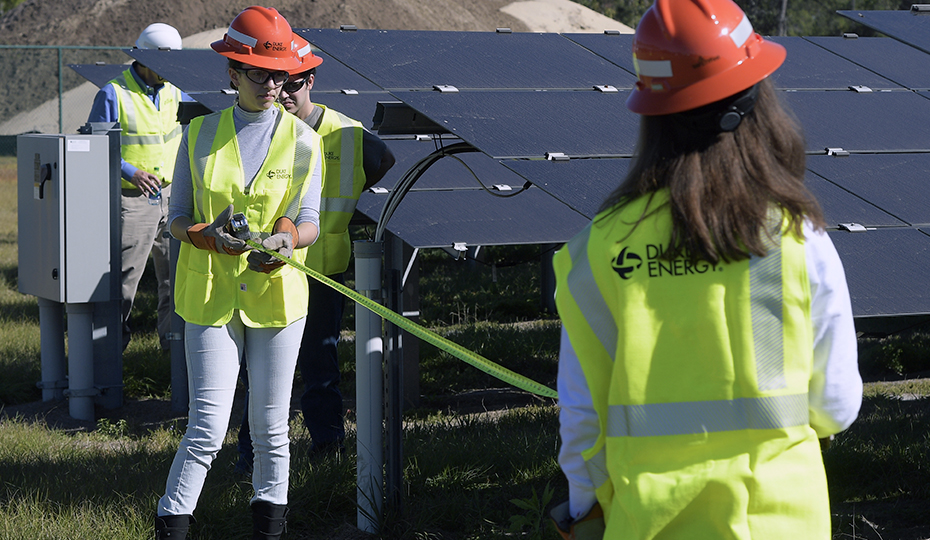 Students in January reviewed the territory before getting to work designing mowers.

So why not innovate and let engineers-to-be address this question for college credit?

That was the idea behind the friendly spring competition sponsored by Duke Energy and the Orlando Utilities Commission. They challenged students from the University of South Florida and the University of Central Florida to come up with a safe robotic mower that could slip underneath solar panels that sometimes stand as low as 2 feet off the ground.

Eight teams visited the Orlando test site in January and went to their drawing boards, bolstered by $10,000 from the utilities for project materials. Five teams reconvened May 6 to try their devices on 10-foot patches of grass. 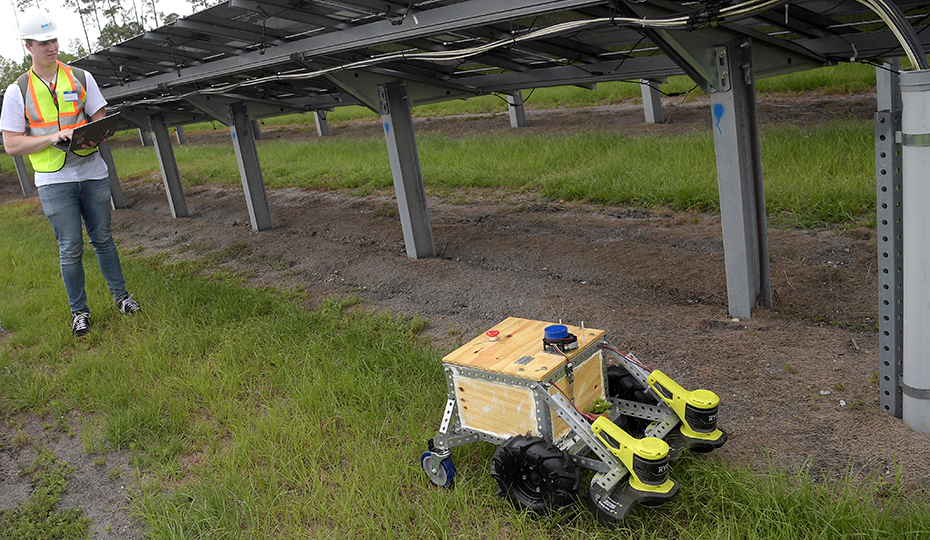 Teams met their judges at a solar plant at Walt Disney World Resort, where UCF’s robot named “Ann” was declared the winner by half a point. They received a trophy (and bragging rights). Their mower, with two trimmers in front, best met the criteria: Maximum efficiency from a battery-powered device (no gas) that could traverse rows of solar panels, plus quality of student presentation. Other entrants were entertainingly named Rocky, Mowgli and eGOAT.

“We wanted them to come up with a monofilament nylon string that cuts at high speeds, not a traditional metal blade,” said Tom Lawery, wholesale renewables manager at Duke Energy, before the judging. “Mowing and yard keeping is one of the highest maintenance costs after a solar facility gets up and running. Even with large pieces of land where you can use a regular mower, you can’t go two to three weeks in Florida without cutting.” 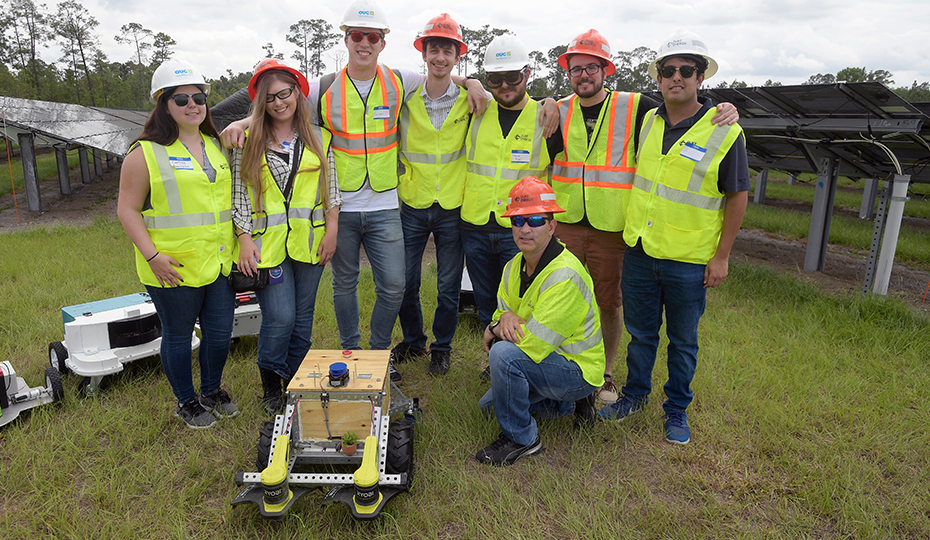 Ann and the winning team from the University of Central Florida.

The students’ robots were judged on criteria including how thoroughly the machines cut, whether they follow tracks, speed and navigation.

“They have to be automated,” Lawery said, “so you can stop the robot in case it starts to go crazy. We gave them a limitation on costs to level the playing field but tried not to limit them too much otherwise.”

Duke Energy is increasing its solar presence in Florida. It will have nine solar power plants in operation by the first quarter of 2020, including new ones in Highlands, Gilchrist and Volusia counties. Those three alone are expected to eliminate nearly 800 million pounds of carbon dioxide emissions annually, the equivalent of taking about 70,000 passenger cars off the road.

Lawery said Duke Energy already plans to hold a second competition in 2020 to build on the designs submitted this year. And of course, “The other solution is to come up with a natural grass that doesn’t grow higher than you need it to. We’re also working with universities in Florida to solve that problem.” 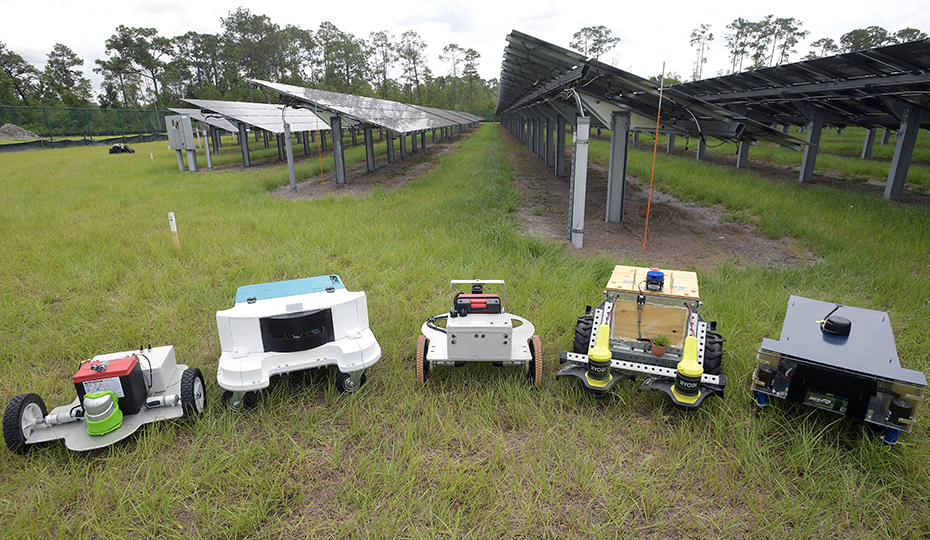