Duke Energy’s commitment to reducing carbon emissions goes beyond using cleaner energy sources such as wind and solar. The company is adding more electric and hybrid vehicles and making it easier for people, businesses and government to use electric vehicles. 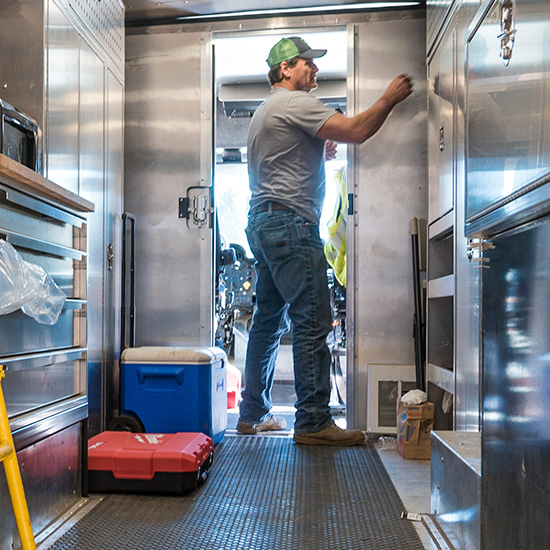 The company plans to cut its carbon dioxide emissions from 2005 levels by 40 percent, and is identifying and promoting wider adoption of new and emerging grid-enabled technologies, including electric vehicles.

"We asked ourselves: Is fleet electrification good for the company and our customers?” said Duke Energy Fleet Director Mike Allison. “After extensive discussion and research, the answer came back a resounding ‘yes!’”

“If anything, we’ve become more focused,” he said, “and from our senior executives on down, we are prepared to walk the talk.”

One of the most sought-after vehicles in the utility industry is a hybrid-electric pickup truck. Pickups typically make up most of the on-road fleet for utilities and are a great place to look to reduce fleet emissions by implementing electric capability.

So, in November 2016, the company entered into an agreement to buy W-15 light duty pickup trucks from Workhorse Group Inc., a Cincinnati-based company. Duke Energy has the option of buying up to 500 vehicles over a two-year period. 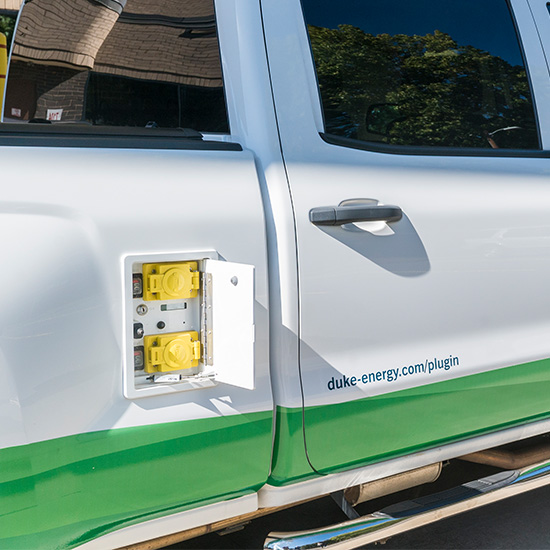 Duke Energy is expanding its electric fleet and adding electric charging stations for the public.

The Workhorse W-15 is the first plug-in range-extended electric pickup built by an original equipment manufacturer. The trucks are expected to have an 80-mile battery range along with a gasoline generator that will begin operating once battery power has been depleted. The generator allows the unit to travel farther and provides another fuel option when electric charging stations are not available. This option allows crews to respond to emergencies and outages without worrying about access to fuel.

Production is planned to begin in late 2018.

Traditional step vans require an idling diesel engine to power the tool circuits and equipment, but the batteries installed adjacent to the frame rails on the hybrid trucks allow the work to be completed while the diesel engine is off.

The vehicles are quieter and don’t emit diesel fumes, which can permeate the manhole where we’re working,” said linemen Don Jackson and Blair Mackey, who operate one of the newer vehicles. “We love these trucks.”

This technology has also been applied to four bucket trucks. The battery power allows the bucket to be used while the engine is off, saving fuel and emissions.

“Electric vehicle technology is constantly advancing on several fronts,” Allison said, “and Duke Energy will remain at the forefront of its evolution.”