Penny Macormic starts her day early. At 6 a.m. on this day in June, Glenrock, Wyoming, is cool and quiet enough to hear the meadowlarks chirp and whistle on the ranchlands. She’s an eagle observation specialist at Duke Energy Sustainable Solutions’ Top of the World Windpower Project.

Every day, she drives her pickup truck down the bumpy gravel roads looking for wildlife from mule deer to cattle and sheep. Of course, she’s looking for eagles, too. 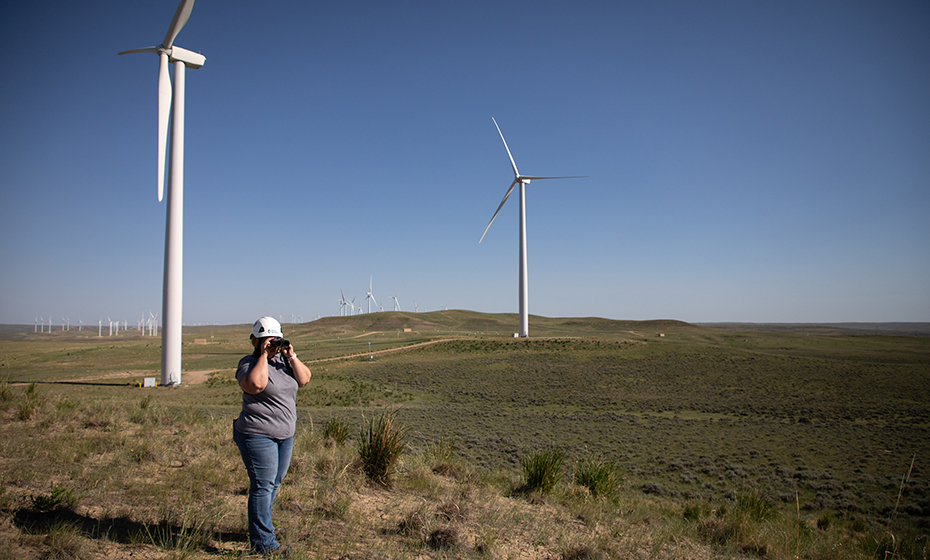 Penny Macormic is an eagle observation specialist at Duke Energy Sustainable Solutions' Top of the World Windpower Project in Glenrock, Wyoming. It's her job to monitor wildlife and help keep eagles safe.

Her job is to monitor wildlife and help maintain technology called IdentiFlight that keeps eagles safe from the wind turbines.

IdentiFlight is a network of camera units that watch for bald and golden eagles. When a camera detects an approaching object, the system, using machine learning and artificial intelligence, determines if it’s an eagle within seconds. IdentiFlight will track the eagle and stop nearby turbines from spinning if the bird gets too close.

Top of the World – named for a ridge where golden eagles roost – is the first wind site to use the technology. In 2014, IdentiFlight’s manufacturer, Boulder Imaging, used Top of the World for testing after eagles were killed by the spinning blades. The fatalities were in violation of the Migratory Bird Treaty Act, and Duke Energy suggested testing and deploying IdentiFlight as part of its settlement agreement with the federal government. 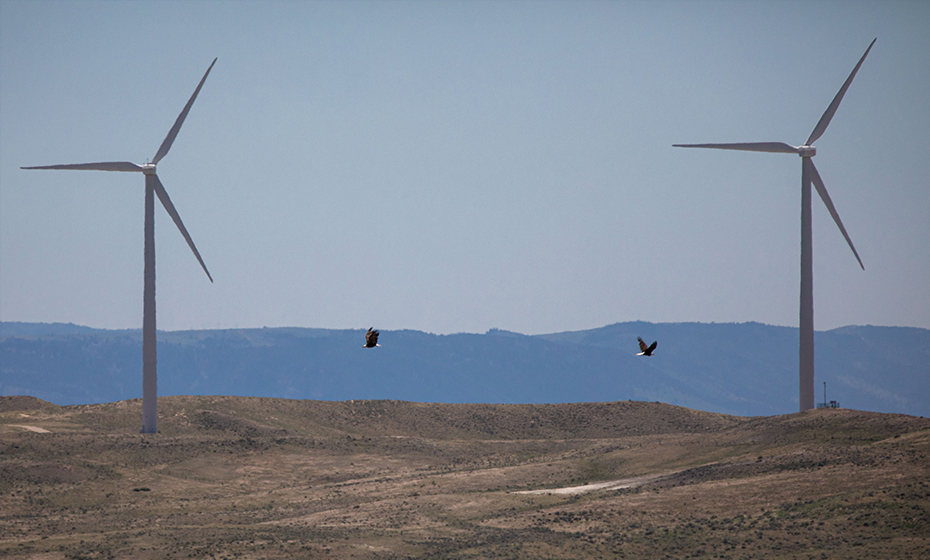 The wind site is the first to use IdentiFlight, a network of cameras and software that can detect golden and bald eagles (shown here) in flight and stop the turbines from spinning before the birds get too close.

They’ve refined the technology and expanded from four beta units to 47 that monitor all 110 turbines at Top of the World. Each IdentiFlight unit is made of eight wide-angle cameras that constantly scan the sky for birds along with a robotic camera that tracks flight. The camera unit is mounted to the top of a 30-foot pole and powered by software that allows the camera to identify birds by species. Because the software uses artificial intelligence, it learns and improves with each photo taken and as ornithologists vet previously identified birds.

An independent study in 2020 showed an 82 percent reduction in eagle deaths at Top of the World. 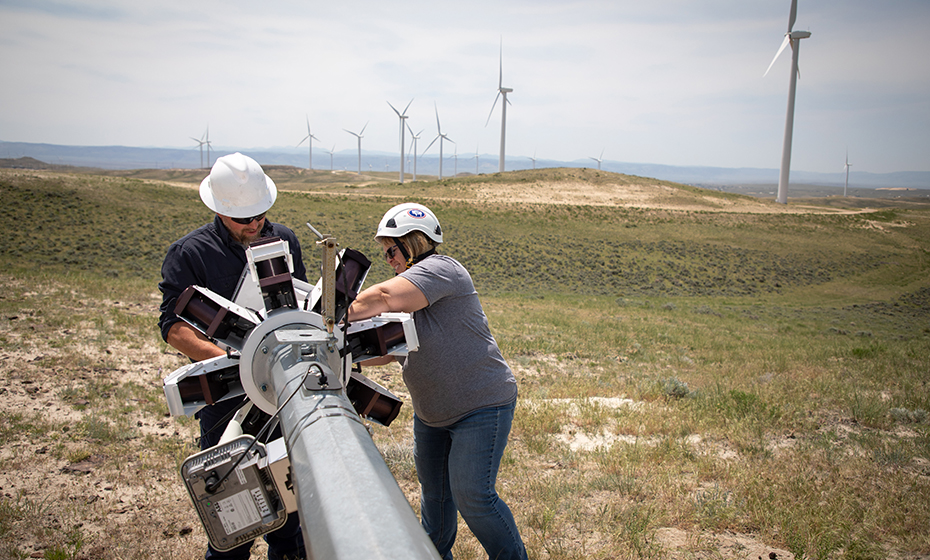 Macormic and lead turbine technician Woody Ricker help maintain the technology by making repairs and upgrades. The site has 47 IdentiFlight units that can monitor all 110 wind turbines for eagle activity.

Duke Energy lead environmental scientist Greg Aldrich has worked with the IdentiFlight team and Macormic since installing the system. When there was an eagle fatality, Aldrich, who’s also a birder, had to report it to federal officials. Not having to do that as often, he said, makes him happy.

“When there was an eagle fatality, that was the worst part of anything I've had to do,” Aldrich said. “This is a golden moment for me.”

But he knows it’s not a perfect system, and fatalities can still happen.

The problem is not unique to Duke Energy either. The U.S. Fish and Wildlife Service estimates wind turbines kill between 140,000 and 500,000 birds a year. Most are smaller songbirds, but the second-most affected are raptors – including eagles. Bald and golden eagles are also protected under their own law, the Bald and Golden Eagle Protection Act of 1940, which makes it illegal to kill or disturb them or their nests without a permit. 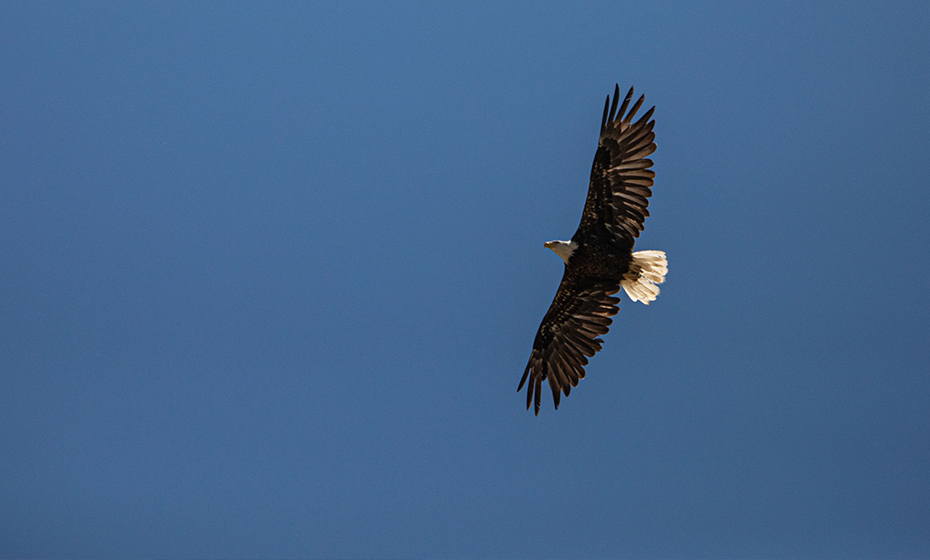 Energy companies and industry groups agree that new technologies like IdentiFlight will be necessary as the country increases its use of wind energy while protecting the environment and wildlife.

Large, soaring birds of prey are more likely to collide with the turbines because, with few natural predators, they’re not used to watching for threats. They fly high in the sky with their heads down scanning for rabbits and other small animals to eat.

“They're like teenagers on their cell phone, right? They're distracted,” said Tim Hayes, Duke Energy Sustainable Solutions’ environmental director. “They're not paying attention to what's going on, and I think that's what gets them in trouble.”

As wind energy increases, turbine owners will need to prevent fatalities to protect these species and avoid federal charges. In 2018, renewables produced 28 percent of the world’s electricity. By 2030, the U.S. Energy Information Association expects it to increase to 49 percent.

Duke Energy plans to double its renewable energy portfolio by 2025 as part of its goal to reach net-zero carbon emissions by 2050. 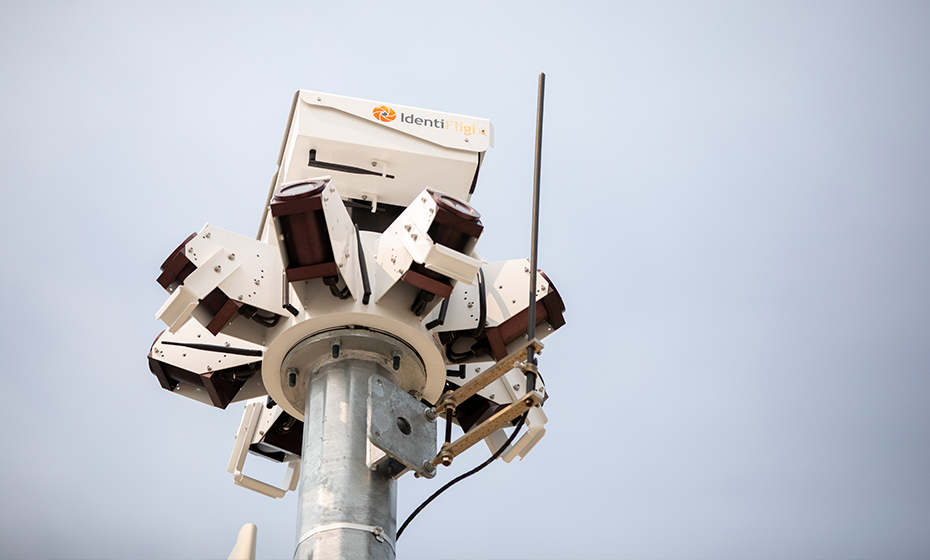 IdentiFlight's cameras constantly scan the sky. When they detect an object, the software, powered by artificial intelligence and machine learning, determines if it's an eagle and tells the turbines to stop spinning. An independent study in 2020 showed an 82 percent reduction in eagle fatalities at Top of the World.

Before technologies like IdentiFlight were available, the only option for monitoring birds at wind sites was with human observers. Hayes said technology will be crucial in balancing renewable energy with reducing its impact on wildlife. Garry George, director of National Audubon Society’s Clean Energy Initiative, agrees.

“Our own science shows that climate change is by far the biggest threat to birds and the places that both people and wildlife need to survive,” George said. “The kind of technological innovation that Duke Energy has pioneered with IdentiFlight will make it possible to combat the worst effects of climate change and protect the birds we love in the process.”

Top of the World in East Central Wyoming spans 17,500 acres of grassland, scrub and working ranches. It’s an area larger than Manhattan and required seven full-time employees to monitor the skies for eagles. When Macormic spotted a black dot in the air, she’d radio an operator to shut down a string of turbines to avoid a collision. 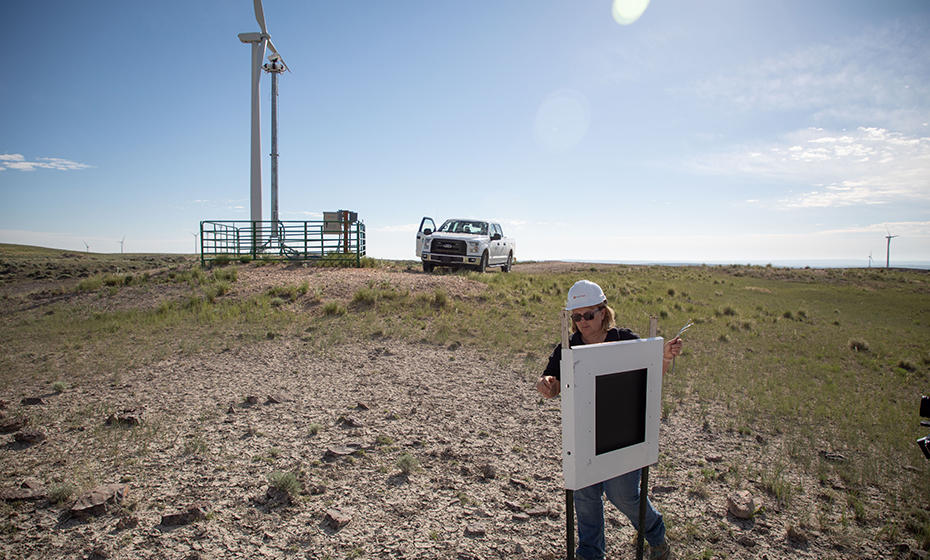 Macormic maintains the calibration targets that help the IdentiFlight system gauge distance. While she monitors wildlife, she stops to clean and straighten those that have been tilted or knocked over by wind or cattle.

It’s also able to monitor the site during extreme weather when it would be unsafe for people. From a computer monitor in her office, Macormic can see when birds fly by the cameras, too.

Duke Energy is installing the technology at Frontier Windpower II in Oklahoma and Wyoming’s Campbell Hill Windpower Project. Eagles are less common there but still a concern. Hayes said each site is unique and will need a tailored approach.

At Top of the World, the team tested several technologies before settling on IdentiFlight. They tried ultraviolet lights to deter the birds but found golden eagles don’t respond to it. They evaluated audio deterrents (like this technology used in Texas to repel bats), but the birds weren’t fazed.

“You can blast Ozzy Osbourne at them,” Aldrich said, “and they don't care.” 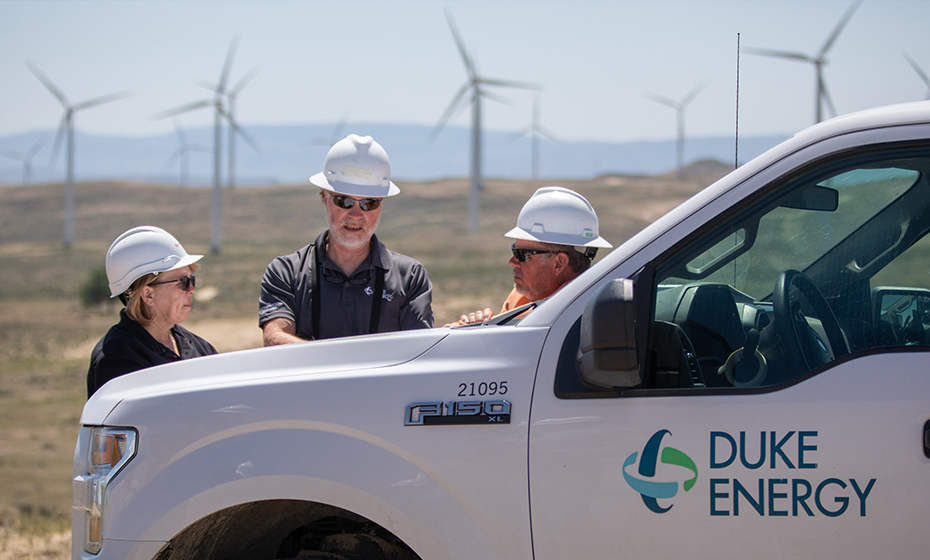 Macormic, Greg Aldrich and Tim Hayes at Top of the World.

As apex predators, they’ve never had to care. So, for now, the best option for saving eagles is stopping the turbines when an eagle is near.

“We've put these spinning blades up in the air where they fly, and they didn't expect that,” Aldrich said, “but they're capable of learning because we have resident eagles on this site that have been here for years, and they don't have issues.”

When Macormic heads out for her daily inspections, she looks forward to seeing those golden eagles that have been there as long as she has perched on the highest ridge. She’s glad to know she’s helping protect Wyoming’s wildlife.

“It's a great way to wake up every morning and gives you a whole new aspect on life,” she said, “and when you do save a bird, it warms your heart knowing that you are doing something great for the environment.”