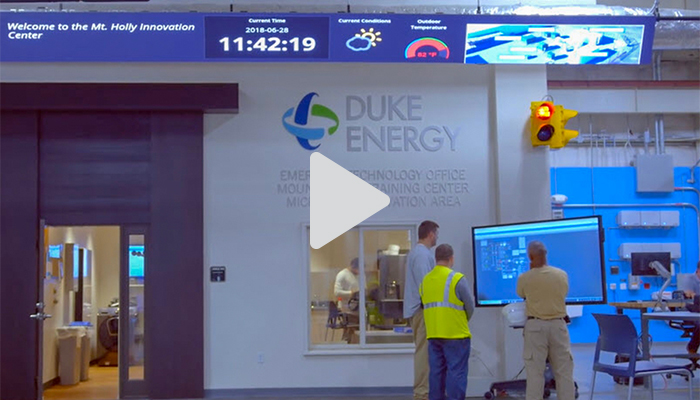 Watch this video to learn more about battery testing at Duke Energy.

Not far from Duke Energy’s Charlotte, N.C., headquarters, a team of engineers in a warehouse is tinkering with technology that will change the energy industry. There are robots, solar panels and even machines that make water from air, but they are testing more familiar technology at the Mount Holly Innovation Lab, too: batteries.

On an 80-inch screen filled with charts and graphs, workers can swipe and tap to learn how energy output from the solar panels outside is interacting with batteries and, ultimately, how batteries will improve reliability and add more renewable energy to the grid.

Batteries can not only store excess energy for when its needed, they can also control energy flow inside power lines, which results in fewer outages and flickers.

Renewable energy supply changes during the day depending on cloud cover and winds, which can be problematic for a system that relies on consistency, but batteries can help absorb those swings and provide reliable electricity.

For example, clouds moving over solar panels and winds changing throughout the day lead to fluctuations in energy supply. For the energy grid, which depends on a perfect match between energy produced and customer demand, it’s difficult to manage.

Even a slight change in frequency or voltage can cause interruptions in power to your home or business. Energy companies are beginning to route the energy through a battery, which, unlike a traditional power plant, can react in a fraction of a second, to absorb the swings and stabilize the flow of energy.

Jason Handley, who manages Duke Energy’s Emerging Technology team, said they started testing batteries in 2008. Some of their early work involved installing a few test systems in North Carolina and preparing for the installation of a 36-megawatt battery at Duke Energy Renewables’ Notrees wind farm in Texas. The battery is the largest at an American wind farm and was upgraded from the lead-acid batteries (like your car) installed in 2012 to more-efficient lithium ion batteries (like your cell phone) in 2016 as the technology matured. 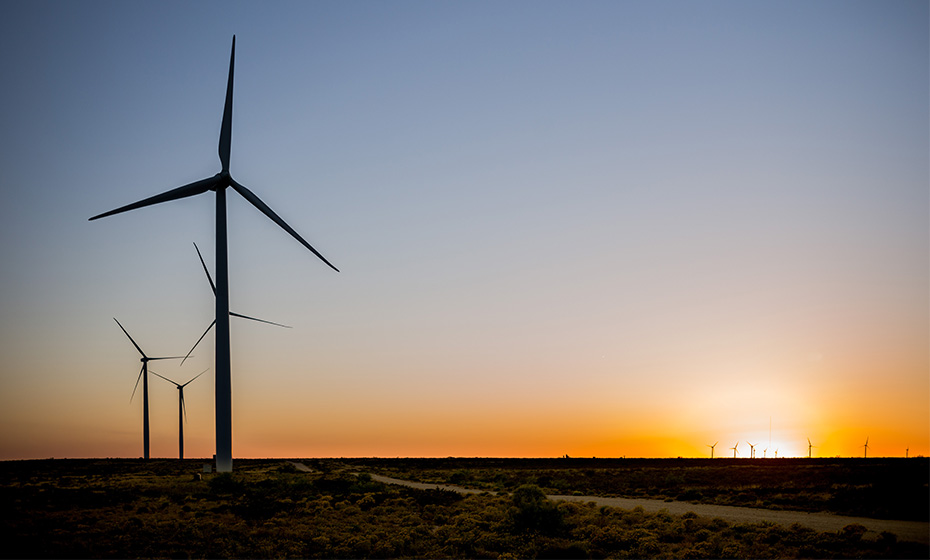 Duke Energy's Notrees Windpower works in tandem with a 36-megawatt battery in Texas. It provides enough power for nearly 46,000 homes.

Because of technology improvements and falling costs, regulated utilities like Duke Energy are preparing to install more batteries – especially because they can be used for more than just storage. Duke Energy’s thorough testing in its commercial properties will be useful as the company prepares to install batteries on a larger scale in its regulated territories. Zak Kuznar, who leads energy storage projects for the company, said they will install about 375 megawatts of batteries in the next 15 years. The first two batteries in its regulated territory are expected to be operational in Indiana in 2019.

The added battery storage will allow the grid to accommodate even more solar and wind energy. At the end of 2017, Duke Energy owned or contracted 6,400 megawatts of wind, solar and biomass energy and plans to grow to 8,000 megawatts by 2030 – enough to power roughly 1.6 million homes.

Back at the warehouse, Handley and his team are testing several different chemistries of the future including saltwater, flow and liquid-metal air, so when it’s time to install more batteries, Duke Energy is ready.

The future of batteries

The U.S. Energy Information Administration estimates that energy companies will add 150 gigawatts of solar energy, 50 gigawatts of wind energy and 40 gigawatts of battery storage to the grid between 2020 and 2050. Here are a few projects underway at Duke Energy: