Jessica Hendrickson has been a donut shop owner, real estate agent and meter reader, and before each career change, she asked herself the same question. 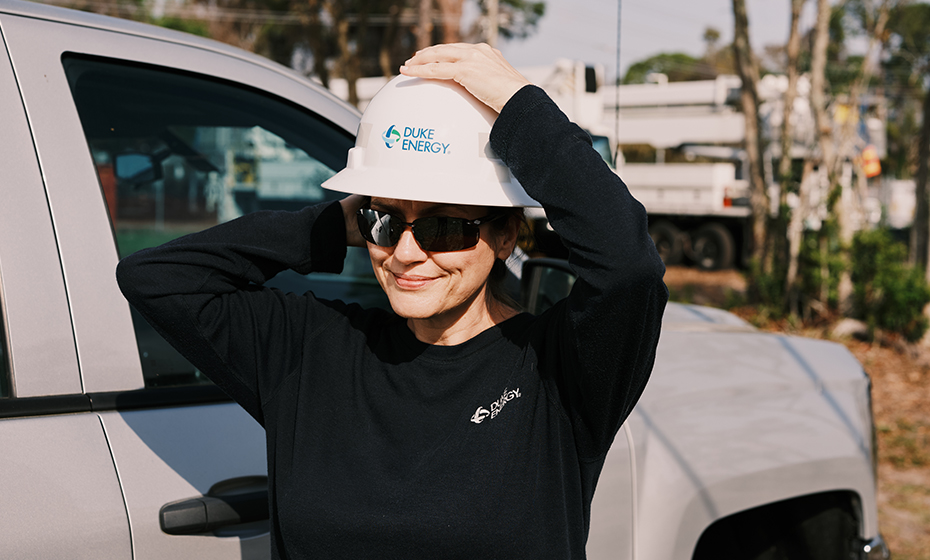 Her curiosity and drive led her through a 20-year utility career to her current role as manager of Duke Energy’s transmission construction projects in Florida. She leads seven crews that work on the highest voltage lines, biggest substations and heaviest equipment to build a resilient grid for the company’s 1.8 million customers in the state.

Hendrickson worked for other utilities before joining Duke Energy in 2015. Since then, she has moved from distribution to project management to transmission construction. When she started her utility career in California as a meter reader, she didn’t expect to stay in the industry, but she realized the many opportunities, such as career choices and benefits that allowed her to earn her bachelor’s degree and MBA.

“If you like new challenges and variety,” she said, “there’s always opportunity working at a utility.” 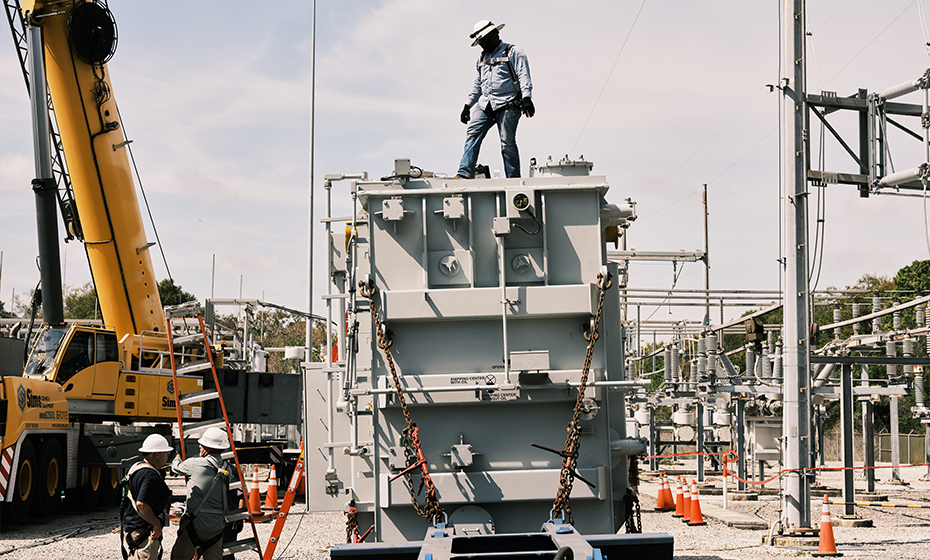 Hendrickson supervises the heavy hauling crew, which moves equipment like this transformer to construction projects across the state.

Hendrickson was inspired to move to transmission construction when she volunteered to work on the team that rebuilt 100 transmission towers with helicopters after they were toppled by Hurricane Michael, which devastated the Florida Panhandle in 2018. The steel towers that fell over 34 miles of swampy land near Port St. Joe left the rural area without a critical line for reliability. Hendrickson said she knew she wanted to help rebuild it despite the tight timelines and challenging terrain.

When she flew over the line to plan for the work, she saw the mangled towers that previously seemed indestructible along with homes, businesses and trees leveled by the Category 5 storm.

“It was humbling to see that something you take for granted may not be there the next day,” Hendrickson said. “It was overwhelming, and I am sure that people felt alone, isolated and desperate, so coming together quickly and reaching out into the community… to gain momentum on the rebuild and new growth seemed to be part of the healing in the area.” 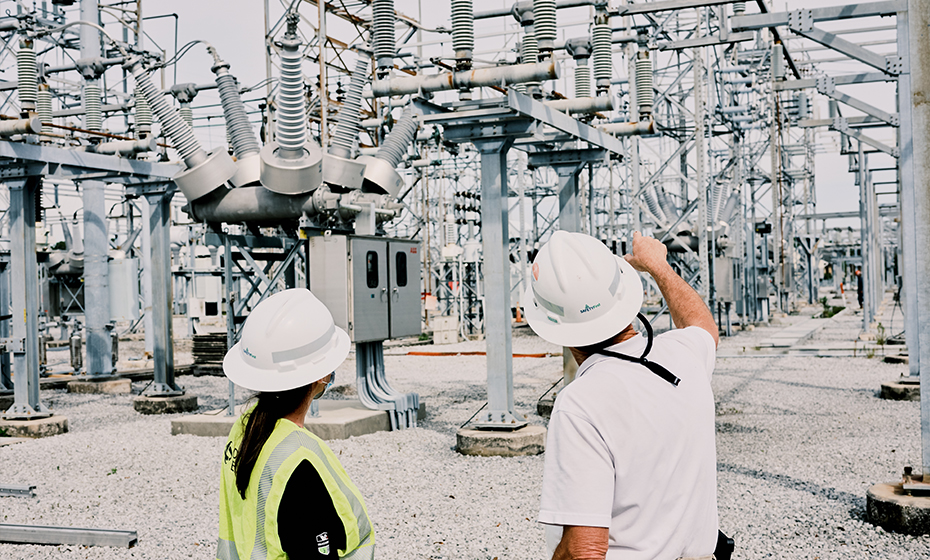 Hendrickson and Lowell Pickels at a substation they're upgrading near St. Petersburg, Fla.

Working with Eddie Holman, who managed contract crews, and Brian Pennacchia, the lead engineer, they devised a plan to clear fallen towers and trees, gain access to the area with tracked vehicles and mats, and install new poles with helicopters. They worked six days a week for four months to complete the line. While they worked, they kept a board in the construction trailer that illustrated the line – as each phase was complete, they marked the line with dental floss and pins to show their progress.

“Just having that visual,” she said, “and seeing that we were one step closer to getting it completed was very rewarding.”

The team earned a James B. Duke Award, Duke Energy’s highest employee honor, for its success in completing the project safely. Soon after, a role on the transmission construction team opened and Hendrickson applied. 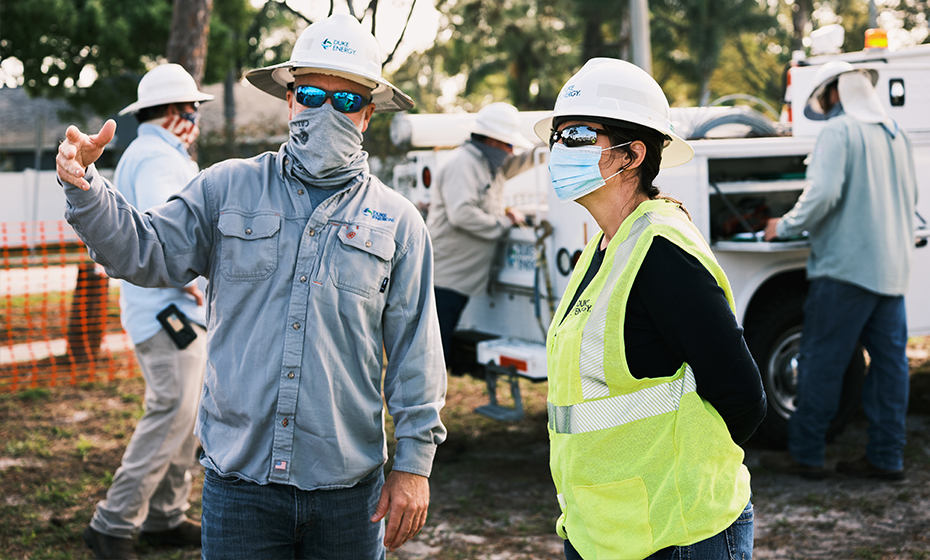 Hendrickson and Jimmy Mumma discuss a line to a substation that Mumma's crew is building to improve reliability for the area.

Jason Williams, vice president of Florida’s transmission construction and maintenance, was impressed by Hendrickson’s drive to complete the Hurricane Michael rebuild and similar urgency on other projects for his team. He hired her in 2019 and said she has established herself as a valuable teammate with a background in management and finance that complements his team’s field experience.

“She’s one of those people who if you give her a problem, she works out solutions,” Williams said. “If you ask her for something, you got it. She approaches work the same whether it’s something that may turn into a James B. Duke Award nomination or something that makes the day-to-day job easier.”

Williams said she has the same tenacity for her role as a leader, too. In 2020, she led her new team to a James B. Duke Award of its own when they built a transmission line to serve Nucor Steel’s new mill in Frostproof, which brought roughly 235 jobs to the area. 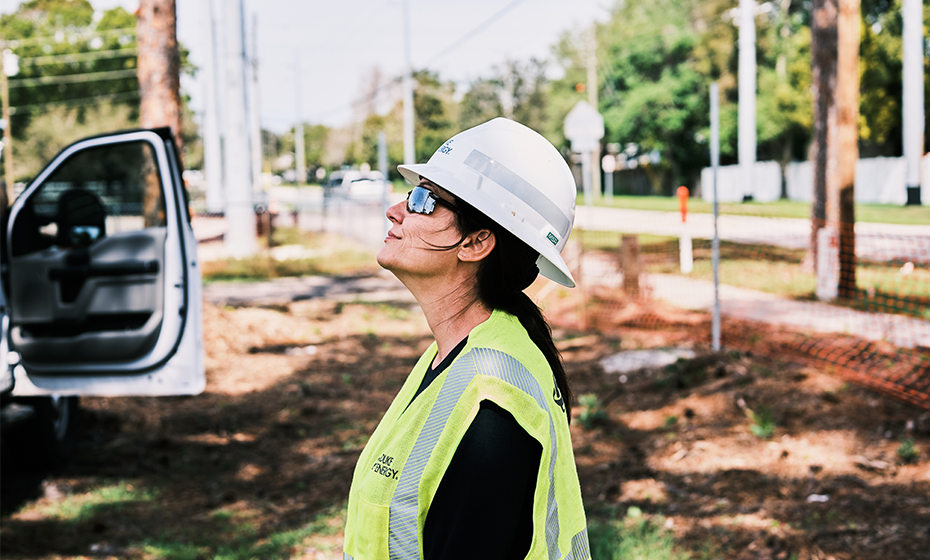 “If you like new challenges and variety," Hendrickson said, "there’s always opportunity working at a utility.”

Duke Energy used helicopters, which were faster and reduced disruptions caused by construction, to build the transmission line over obstacles like train tracks, highways and downtown areas. Duke Energy crews worked alongside the contract helicopter crews, which helped reduce cost for the project and gave the Duke Energy team a chance to expand their skills.

“Everyone worked so well on that project, and it was a morale booster,” she said. “It gave us an opportunity to bring power to an exciting new company that was coming into the area but also to leave the community a little better than when we first arrived.”

As she looks to the future, she’s excited for what’s next including new technology that will make the grid smarter, the growth of renewable energy and how her team’s work will make it all possible.

“It’s still poles and wires,” she said, “but we’re building the grid for the future.”