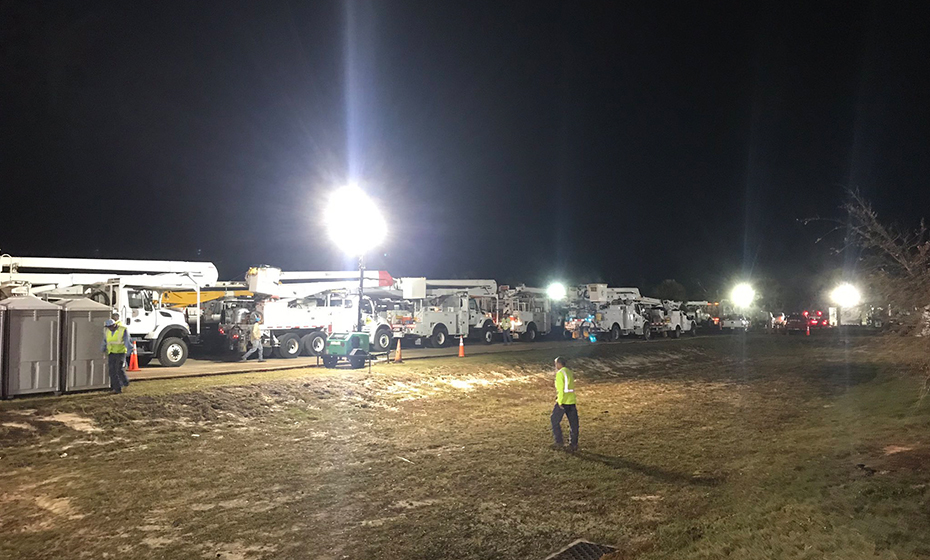 The line of bucket trucks heading out to St. Joe Beach and Mexico Beach in the morning.

While the bucket trucks are a visible part of restoration, there’s also a behind-the-scenes operation that most people never see.

Nestled in neighborhoods, there’s a command center and base camps that make it possible to feed and house crews and supply the materials needed to rebuild. Steve McKinnie from Lake Mary, Fla., is the staging site operations lead responsible for keeping everything in order. In his 32-year career at Duke Energy, he’s worked more storms than he can count in several states. After retirement, the company has brought him back to work storms on a contract basis. 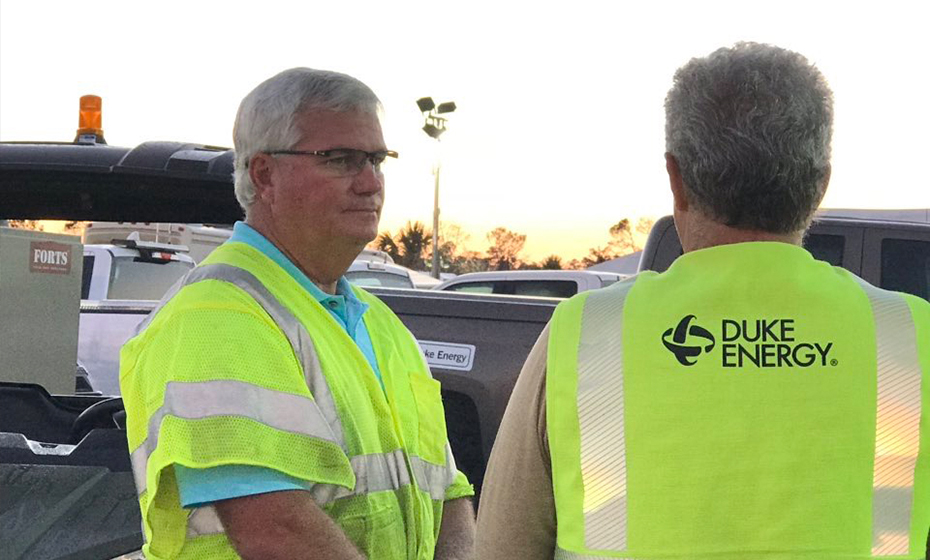 The staging sites and command centers operate like miniature cities. Cooks serve meals for breakfast and dinner and prepare hundreds of boxed lunches – enough to feed more than 500 people every day. There are trailers for sleeping, restrooms and showers. Fueling tankers stations provide gas and diesel for trucks and vehicles.

Meanwhile, shuttles move people along the 30-minute drive between the command center and the staging site.

“If you don’t have housing close by and you have to bus them, that’s less wrenches turning,” McKinnie said. “If they’re spending two hours driving to a hotel, that’s productivity they’ve lost.” 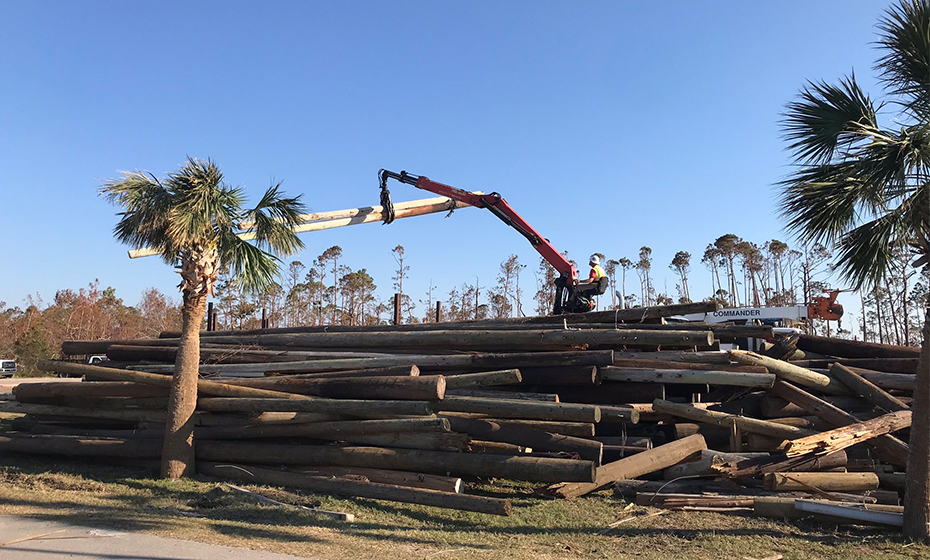 After replacing poles, the old, broken ones return to the command center for disposal.

A portion of these sites are dedicated to supplies, too. So far, they’ve used about 460,000 feet of cable and wire, 550 transformers, 1,200 poles, and 104,000 gallons of fuel during the rebuild. While those supplies for rebuild go out with trucks in the morning, the old materials come back to the site for disposal.

Each day and each moment is carefully planned and orchestrated for successful execution.

“When we first got here, the only lights here were the lights at our base camps. Whenever residents see lights getting back on it gives them hope. It gives you a good feeling, you know you’ve accomplished something.”