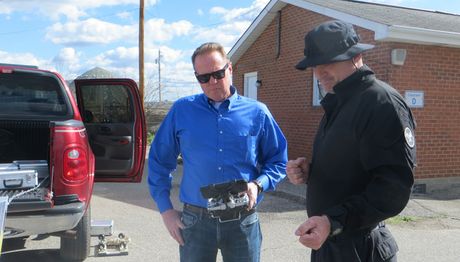 One of his recent creations is a rover robot for the Newport, Ky., Police Department, across the river from Cincinnati, Ohio.

Affectionately called SWAT-Bot by officers, the robot can help police access places that might be too risky or too cramped to enter, and can see things they may not ordinarily be able to detect.

“SWAT-Bot is just another tool in their arsenal,” said Hinkel. “The robot is equipped with thermal vision technology to view surroundings, even in the dark.”

Lt. Paul Kunkel of the Newport Police described how a rover can help. “A robot can slow a situation down,” said Kunkel. “It becomes another set of arms, legs and eyes that officers can use from a safe place. For instance, the robot can help assess an encounter by delivering data such as images back to the command post.”

Hinkel began dabbling in robotics several years ago when his young son showed an interest in robots. Over time, Hinkel became a quasi-expert in the design of robots.

The idea for a crime-fighting robot grew out of Hinkel’s relationship with Northern Kentucky University. As a member of the NKU Advisory Board, Hinkel was asked to teach a class on robotics. 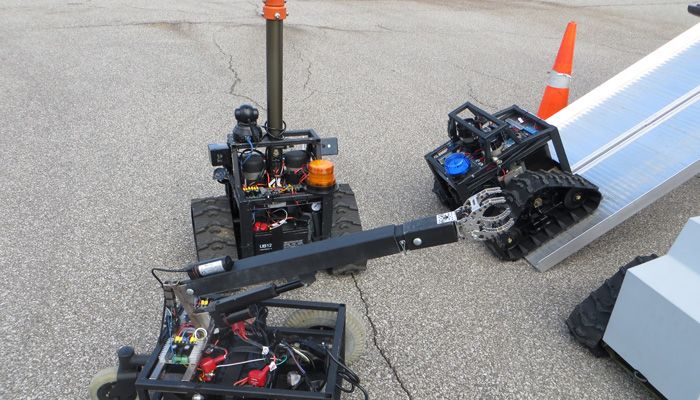 “I was loading the robot up one night after class when the security chief approached me about the possibility of using it in law enforcement,” Hinkel said. “He provided the contact with the Newport police chief, and SWAT-Bot was born.”

Using the pay he received for teaching the class and just as much from his own pocket, Hinkel poured money into bargain-basement parts for the robot. The result: SWAT-Bot was developed for about $5,000, undercutting the market price of about $25,000 for a commercially made robot with similar capabilities.

SWAT-Bot also has dual use. When not fighting crime, it travels the NKU campus, especially during recruiting visits by prospective students. At the university, SWAT-Bot has an alias, NORSE (navigating obstacle rover with sonic echolocation), which is also the school’s nickname.

“When you take the rover across campus, you quickly gather a crowd,” said Hinkel. “And students love to get a pic with NORSE. It’s not your average selfie.” 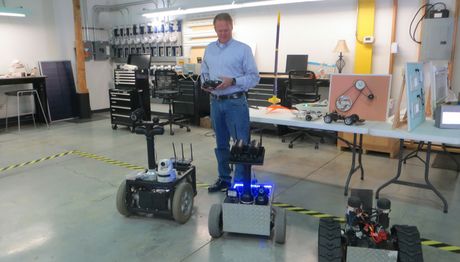 “Each robot can be equipped with different functions based on the purpose,” said Hinkel. “For example, an extension arm may have a camera on the end to peer into a window.”

At NKU, the goal is to develop a robot every semester with grants from the state. Students help Hinkel build the robots. The rovers will then be donated to law enforcement agencies.

In addition to the Newport squad, Hinkel has also been contacted by another local police department to help incorporate robots in its arsenal.

“Robots have unlimited potential,” said Hinkel. “If you can identify a needed function, it can be developed.”

In addition to being a force for good, Steve Hinkel, along with co-workers at Duke Energy, are exploring the use of robotics to enhance safe work practices.

“For example, instead of a crew member using a flag to direct traffic in highly congested areas, as when electrical workers are making repairs to a power line, a robot could do it,” said Hinkel. “A technician might also direct a robot to make a repair in an energized electric substation, where the person is completely in a safe zone.”