With a voice that’s been compared to soul great Anita Baker and powerhouse Whitney Houston, Khalea (Hayes) Lyneé is winning over the hearts of millions—and the judges—on NBC’s “The Voice.”

Lyneé, who works in customer care at Duke Energy in Clearwater, Florida, was selected as a show contestant, now in its 17th season, in early October. Since then, she has received compliments from celebrity judges from pop star Kelly Clarkson to soul singer/songwriter John Legend. 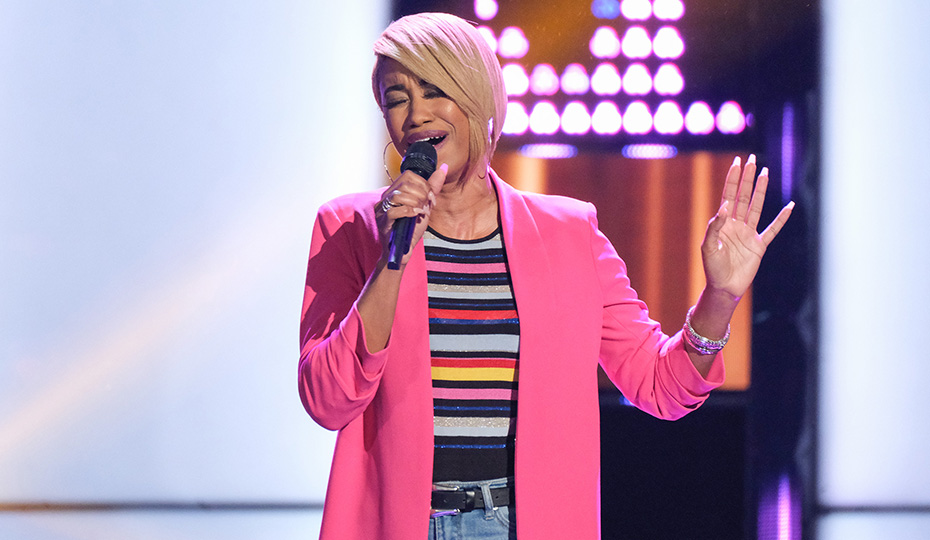 Wearing cut jeans, a pink blazer and her signature warm smile, Lyneé wowed all four celebrity judges during the initial blind audition round. With such an impressive rendition of “Best Part,” each judge wanted her on their team, including country singer Blake Shelton and rocker Gwen Stefani.

“Once I commit to something, I see it through to the end,” Lyneé said, who took a leave of absence from work to audition. “This felt right and the timing was good. In my gut, it felt right.”

Following that audition, Lyneé chose to work with Legend, who called her “one of the most gifted singers in this competition this season,” after she won the first battle, singing Brandy and Monica’s “The Boy is Mine,” against Team Legend teammate Zoe Upkins. 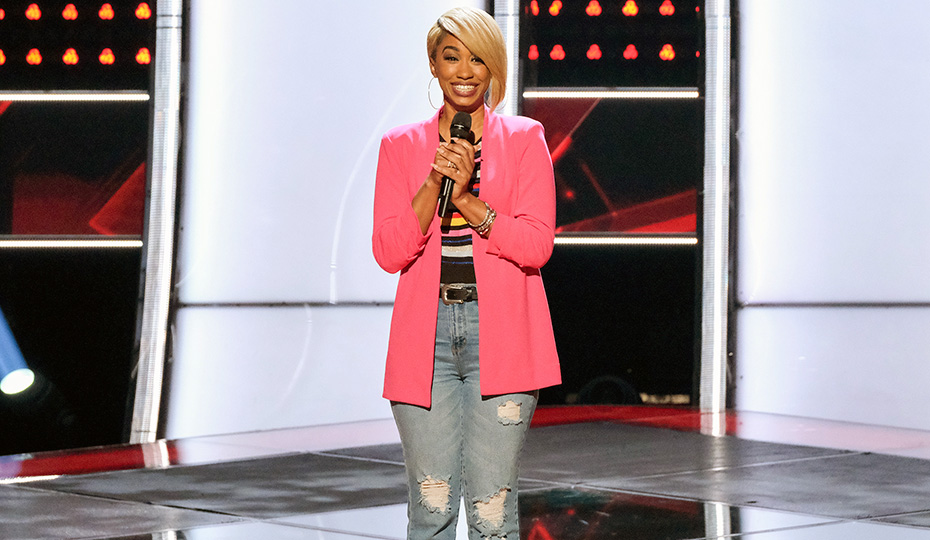 “I was a bit anxious, just because of the magnitude of it, but I enjoyed it,” Lyneé said. “Anytime I’m on stage, I’m in my zone.”

It’s a skill she’s honed since she was 11 or 12, she said, first singing in church, and later in high school and college. “In high school, I was in chorus and pretty much every other group I could get into,” she said. School concerts, graduation, and even a Tampa Bay Rays game were all early in-the-spotlight experiences.

“They are all so encouraging,” Lyneé said of her coworkers. “If they know I’m performing locally, they will come out and hear me sing. They could just keep it as a work relationship, but they all became family and rally behind me. I don’t take that lightly.”

“She has been working hard, not only at Duke Energy, but outside of work,” said co-supervisor Stephanie Ferguson. “There are days she comes in after being in Orlando at a show all night, and works nine hours. The world needs to hear her voice, and I am so proud that she is getting the recognition she deserves.”

With nearly 8,000 followers on Instagram now, comments like “Khalea, you’re a super star,” “I’m in awe of what you can do,” and “Khalea, this is your season!” from fans all over the nation are now commonplace. Duke Energy’s state president in Florida, Catherine Stempien, joined the Twitter fun, posting a photo smiling with Lyneé in her Clearwater workspace. 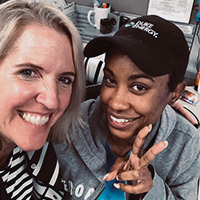 Despite her powerful voice and easiness on stage, her coworkers say she’s fairly quiet at work. Her boss Kiki Benson calls her genuine. “When I saw her speaking to the ‘personalities’ on The Voice, I thought, ‘That’s Khalea!’ Her comments were her,” Benson said, “no airs or pretense, just our Khalea.”

Having advanced so far, Lyneé and the other contestants will go onto the Knock Out rounds. During the final live performance phase of the show, the television audience votes to save their favorite artists. The two singers with the lowest number of votes will be sent home each week, and the vocalist left standing will be named “The Voice” and will win a recording contract. If Lyneé makes it to the live show, Lyneé’s coworkers plan to make “Team Khalea” T-shirts and organize watch parties.

“I feel really confident about my performance,” she said. “Everyone’s going to see the work I put into this. When you have support of family and friends, it’s fulfilling.”