Around the nation, that chatter you hear is the buzz about drones (or the more official term – small unmanned aerial systems – sUAS).

Duke Energy is grabbing its share of buzz. It’s one of the few utilities testing drones and looking to make them part of the company’s way of operating. 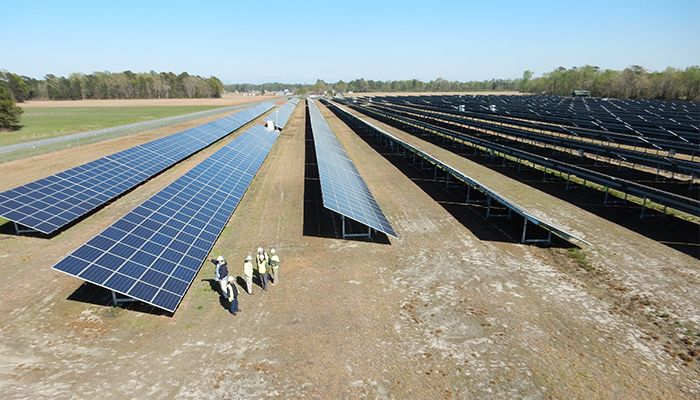 Drones could help inspect large solar facilities like this one in Bath, N.C.

“Those are the three pillars of our work,” he said. “Do the drones perform certain tasks safer than current methods? Does the use of drones make our operations more efficient? Are the drones more cost effective than other methods we’re using?”

Here are a few examples of tests at Duke Energy: 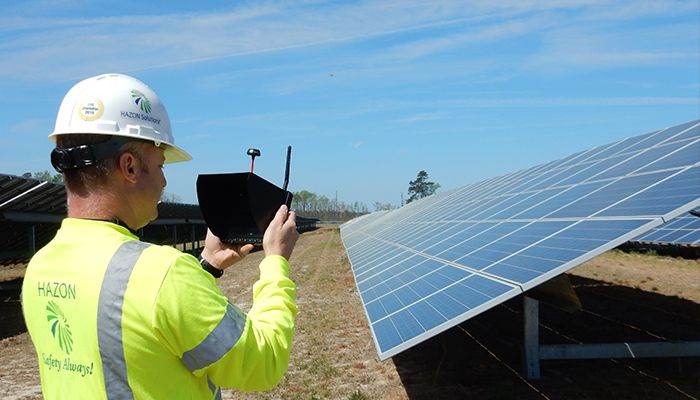 During testing, trained operators put drones through their paces.

The Electric Power Research Institute has studied drones for three years and Dominion and Southern Company have used drones for transmission line inspections.

‘Drones are not toys’

Despite the positive outlook for drones in the energy industry, there is some negative buzz going around.

Throughout the nation, drones owned by individuals have been blamed for numerous power outages. Typically, the drones have accidently flown into a power line.

“We must remember, drones are not toys,” Vukojevic said. “Duke Energy looks at them as doing important work. There are too many examples where they’ve been improperly used.” 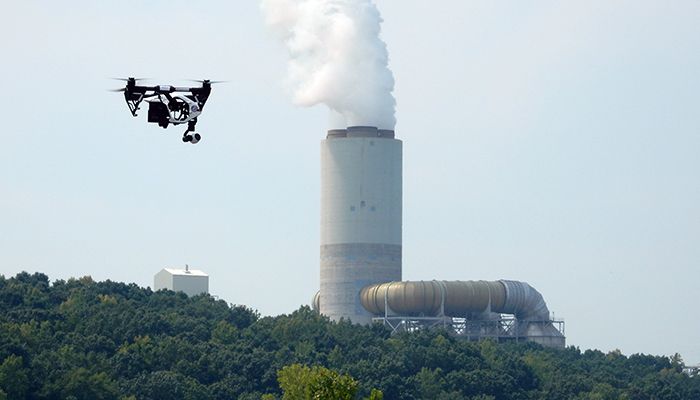 Early drone testing by Duke Energy was done at its Marshall Steam Station in Terrell, N.C.

And although mischief gets plenty of media buzz, Vukojevic said the public probably won’t come in contact with Duke Energy drones, which are used on company property and power line rights of way.

“We look at drones as strictly business,” he said. “Unless a tree knocked down a power line in your neighborhood, you’ll probably never see one from us.”

Duke Energy did extensive drone testing in 2015 at the Marshall Steam Station in North Carolina. Check out the Charlotte Observer’s coverage.