With her down-to-earth grace and on-fire vocals, Khalea (Hayes) Lyneé has advanced to the next round of NBC’s “The Voice.”

Wearing a white jumpsuit and her signature confidence, Lyneé tackled Céline Dion’s slow, soulful ballad “Because You Loved Me” for the national singing competition’s prerecorded Knockout Round on Oct. 29. The result: chills, if you watched it, and a standing ovation from the celebrity judges. 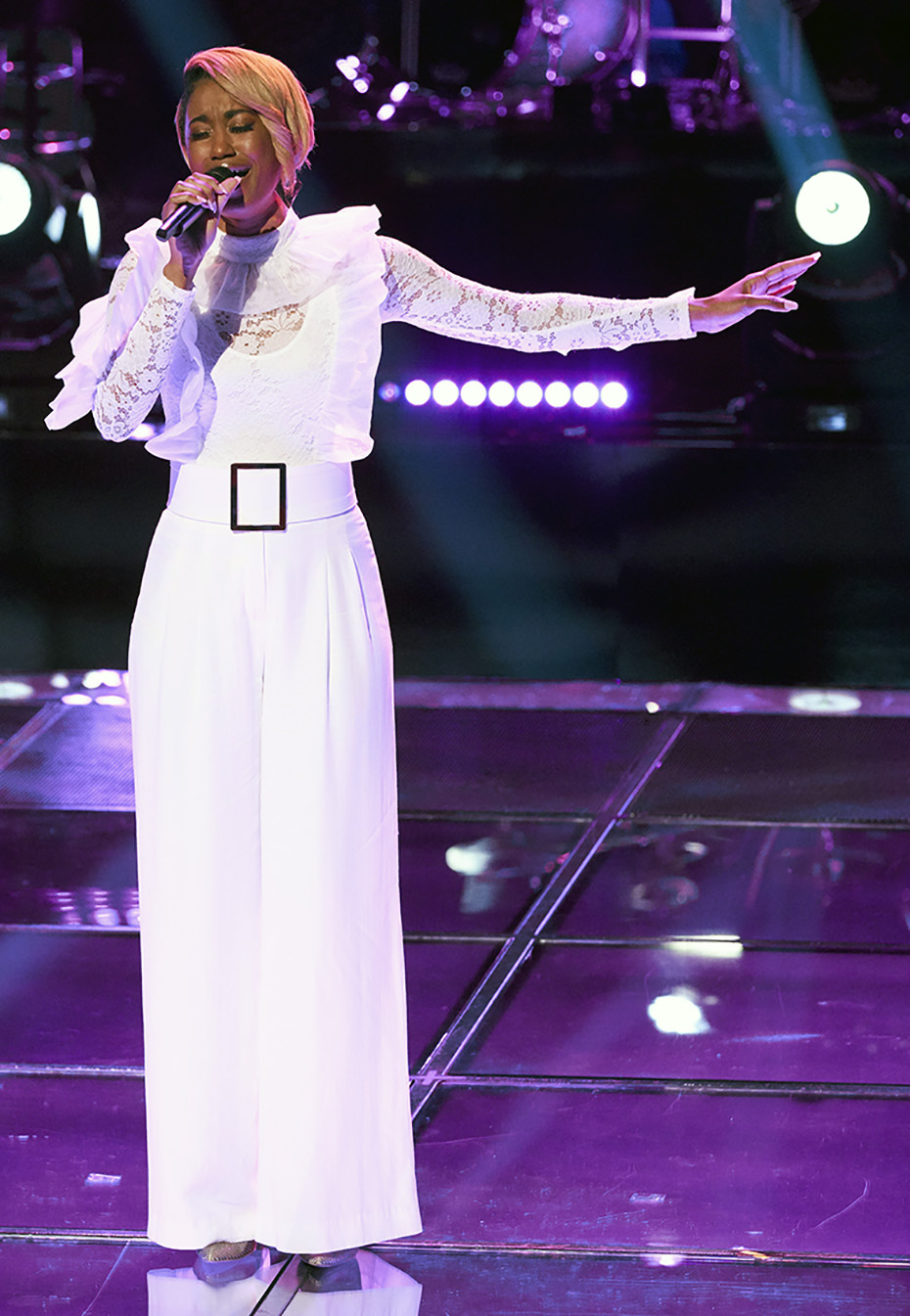 Khalea (Hayes) Lyneé at the knockout round compeition on "The Voice." Photo: Tina Thorpe/NBC

“I’m feeling super excited and extremely grateful,” Lyneé said. “I feel very accomplished after working so hard to reach this point in the competition. I’m excited about what’s to come.”

She says she chose the Dion classic to show off her vocal range and ability. “It’s one of my favorite songs, so it was very easy to connect with it,” she said. “I’m happy that my performance went over so well and that my emotions were conveyed exactly as I was feeling them.”

Judge Gwen Stefani was feeling it, too. “It’s unbelievable how effortless you are,” she said of the performance against James Violet, who performed “Stay” by rapper Post Malone. The rendition garnered positive responses from the three other judges, too. Kelly Clarkson called the performance magical. And perhaps the biggest compliment came from Blake Shelton, who said, “When you’re singing, and you’re in the zone, you’re as powerful a human being as there is on the planet.”

Lyneé, who works in customer care at Duke Energy in Clearwater, Fla., impressed all four judges during the initial blind audition round, easily making her way to the next round. With such an impressive rendition of “Best Part,” each judge offered her a spot on their team. 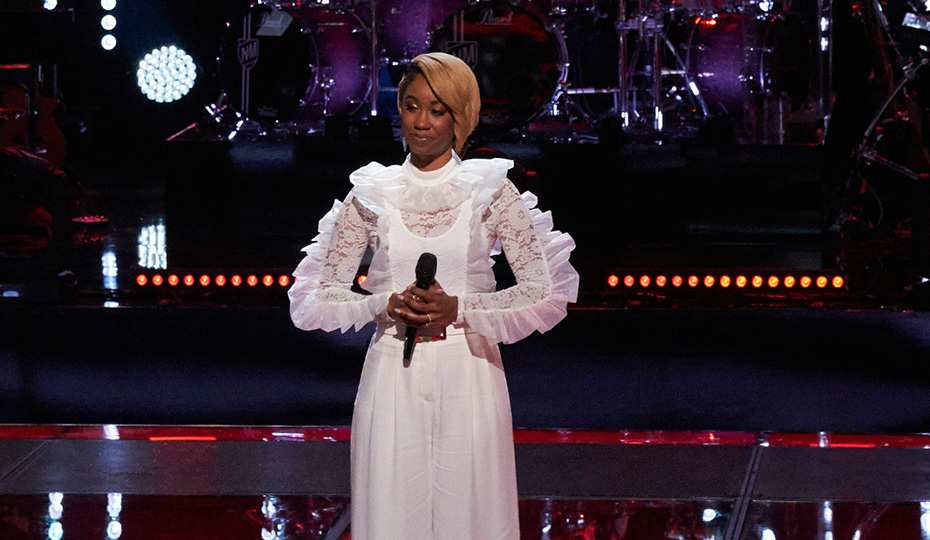 Khalea Lyneé will sing during the live rounds of "The Voice" in coming weeks. Photo: Tina Thorpe/NBC

Lyneé chose to work with singer/songwriter John Legend, who has called her “one of the most gifted singers in this competition this season.”

Her family, co-workers and online supporters continue their outpouring of support and affection, too. “[Your] vocal cords … sound like you only drink silky milk and honey,” said one fan on Facebook.

Her biggest fan, though, she said, is her dad. “He sends me words of encouragement almost every day, and he’s adamant about keeping up with the show,” she said. “He’s always been so supportive and has always pushed me to keep striving and never give up. I’m glad I listened to him.”

Next up, Khalea Lyneé will battle contestants who’ve made it on to the live shows, which begin airing in mid-November. The winner of the competition will receive a recording contract.