Duke Energy lineworker Tyler Manick found out on Oct. 8 his cancer was in remission. The next morning, he was in his bucket truck driving from Marion, N.C., to the hardest hit areas of Louisiana so he could restore power following Hurricane Delta.

Duke Energy sent roughly 500 line and tree workers to assist restoration efforts in Louisiana and Texas. This was the first time Manick has been able to deploy for storm response since his leukemia diagnosis in 2018. The feeling, he said, is indescribable. 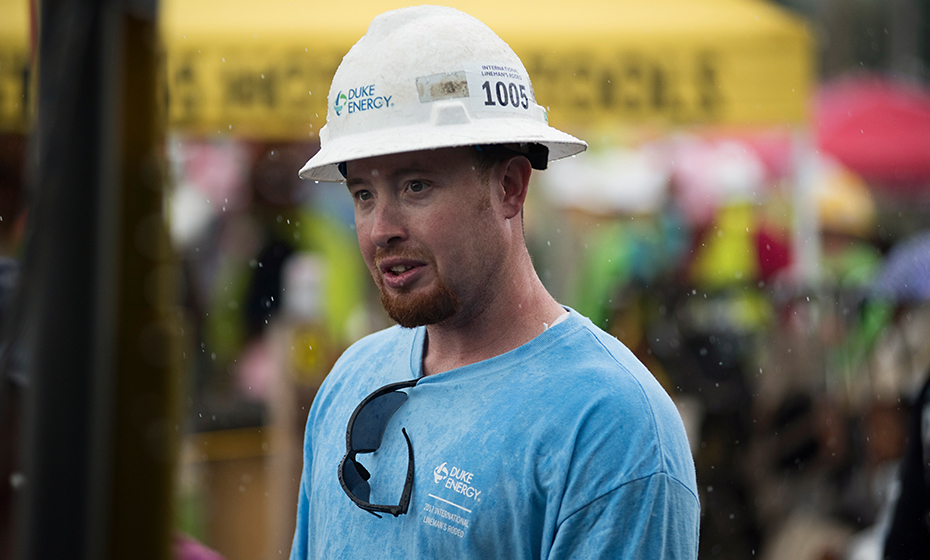 Tyler Manick at the International Lineman's Rodeo in 2017.

Manick has worked for Duke Energy since 2014. In 2017, he placed second in the world’s best apprentice division at the International Lineman’s Rodeo in Bonner Springs, Kansas. That year, he also deployed to Florida for Hurricane Irma restoration.

A month after his diagnosis in 2018, his wife Chelsey gave birth to their first child, Samaira. While he fought cancer, his Duke Energy teammates helped the Manicks adjust by doing chores at their home, driving Manick to appointments and raising enough money to nearly cover his health insurance deductible.

“That’s huge. That’s more than just an everyday job,” Manick said. “We couldn’t have done it without our support group. I want the people who helped me out to know that I appreciate them.” 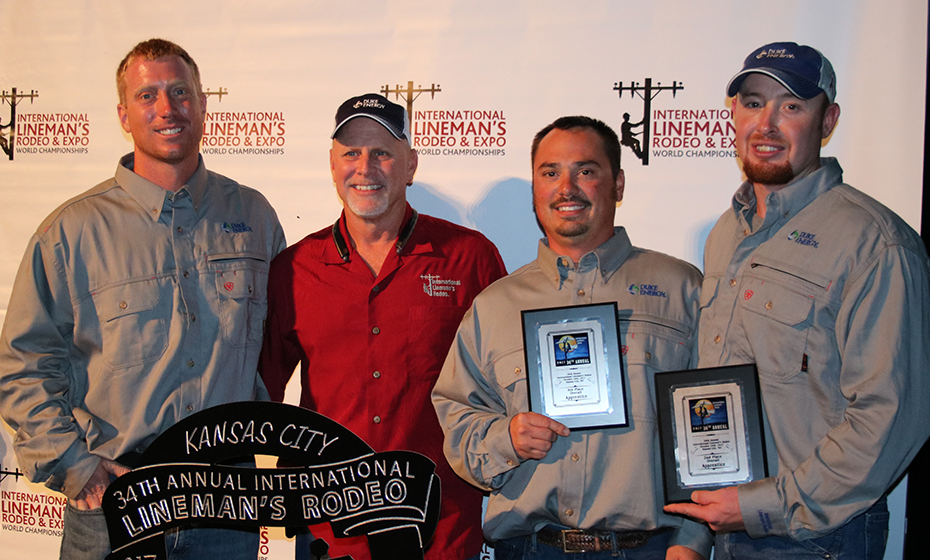 Manick was well enough to come back to work in August 2019, but out-of-state storm trips weren’t possible with weekly doctor appointments. This storm deployment is part of a return to normal for Manick, but it’s also a chance to support his teammates and the thousands who are without power.

After hearing he was cancer free, he celebrated with his family for a couple hours before telling his Duke Energy teammates the good news over a group text. 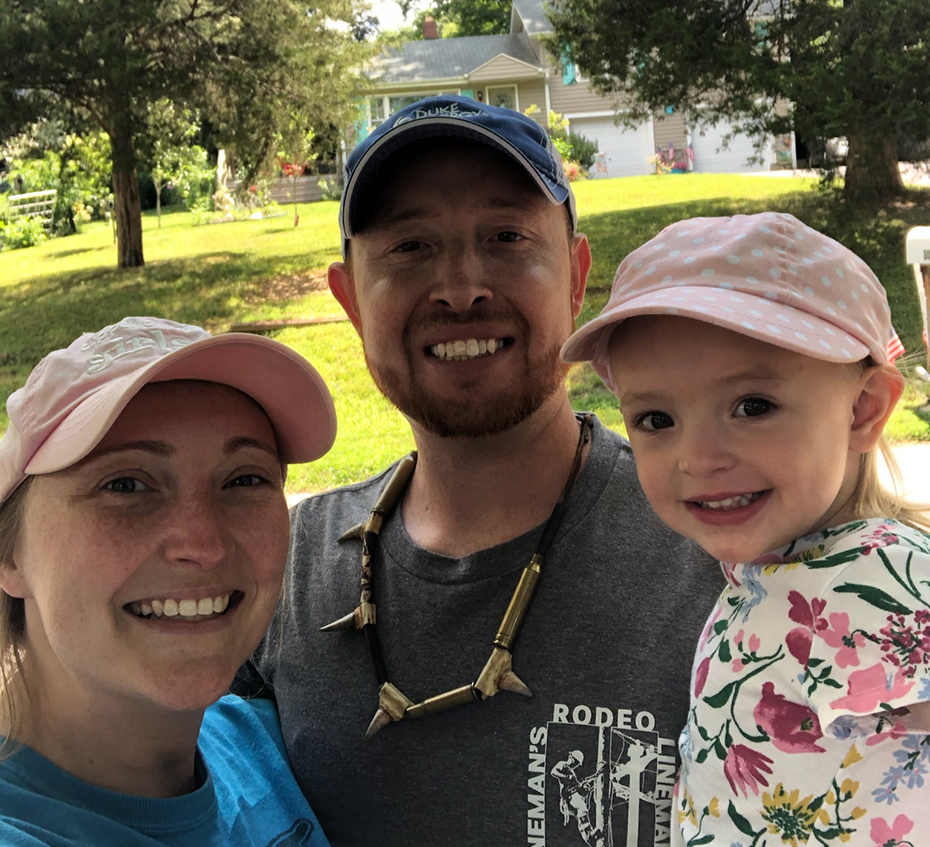 Chelsey and Tyler Manick and their daughter Samaira.

Shortly after, he was offered a chance to deploy, and he started packing.

He and his teammate Tyler Nickols were working in Lake Charles, Louisiana, helping the local utility restore power to its customers. Hundreds of thousands across the state were without power and neighborhoods were demolished. Manick said it’s the worst damage he has seen. When Delta made landfall as a category 2 hurricane on Oct. 9, it further damaged the area, which was still recovering from Hurricane Laura in August. He was working with a local crew lead who has been on the job 16 hours a day for the month since Laura hit and still doesn’t have power at his own house.

Being able to help, he said, is the best part of being a lineworker. And as he works to restore normalcy for them, he knows he’s restoring it for himself, too. 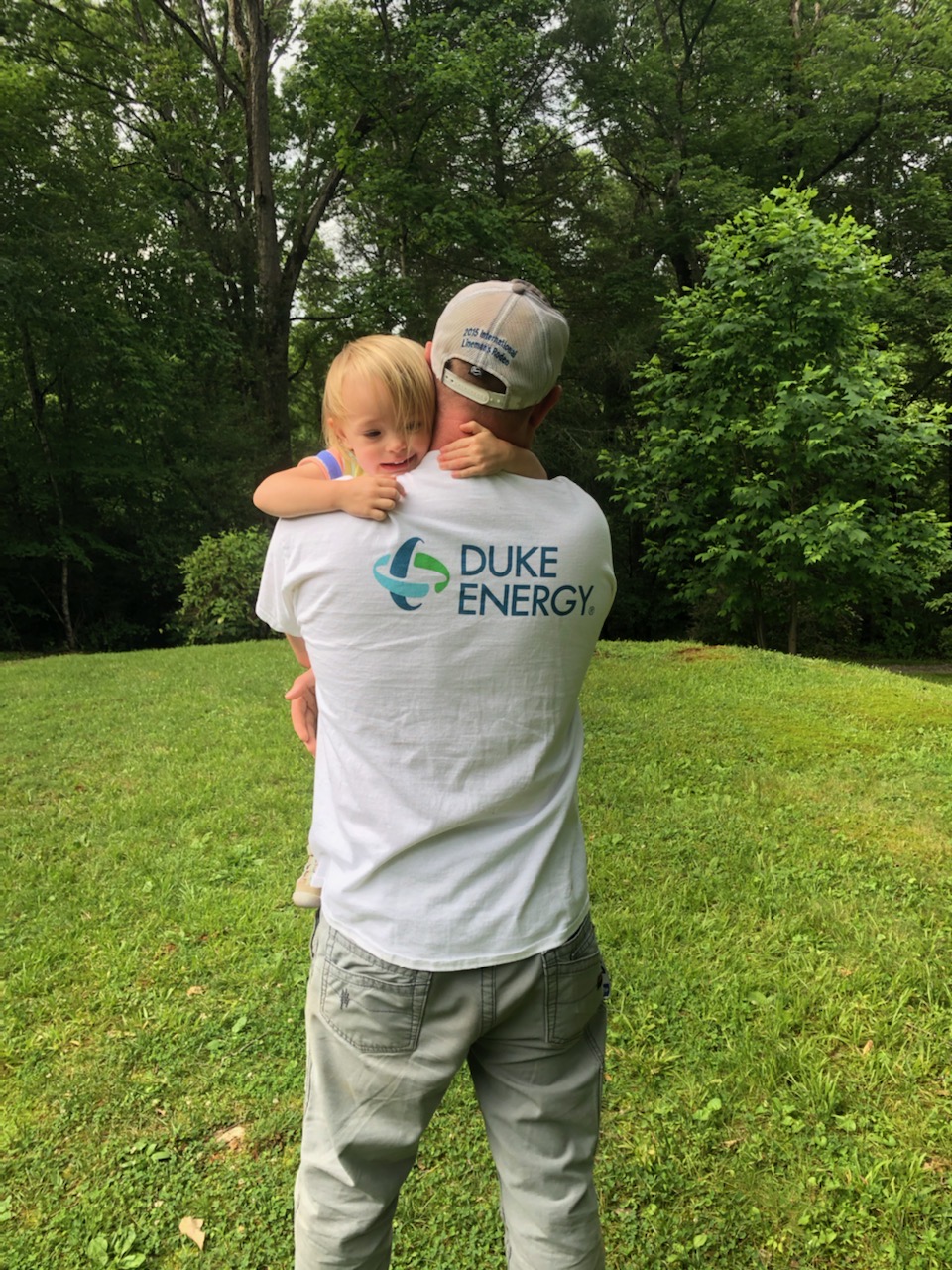