Both events resulted in dramatic change. The amendment gave women full participation in society and the power plant brought economic progress to the rural Carolinas.

Located on Lake James near Nebo and Glen Alpine, N.C., in the eastern foothills of the Blue Ridge Mountains, Bridgewater was part of a larger project to build a series of dams and powerhouses along the Catawba River in North Carolina and South Carolina to supply electricity to the textile mill industry and surrounding towns.

The hydropower station and associated dams were constructed by the Western Carolina Power Co., a subsidiary of Southern Power Co. and predecessor of Duke Energy. The reservoir, which is impounded by three dams, was named Lake James in honor of company chairman James B. Duke, and the hydro station was named for the Southern Railway depot of Bridgewater, where construction materials arrived for the dams and powerhouse.

Bridgewater, the most upstream of 13 hydropower developments Duke Energy operates along the Catawba River basin, continues to provide clean, renewable peaking power to homes and businesses in the Carolinas. 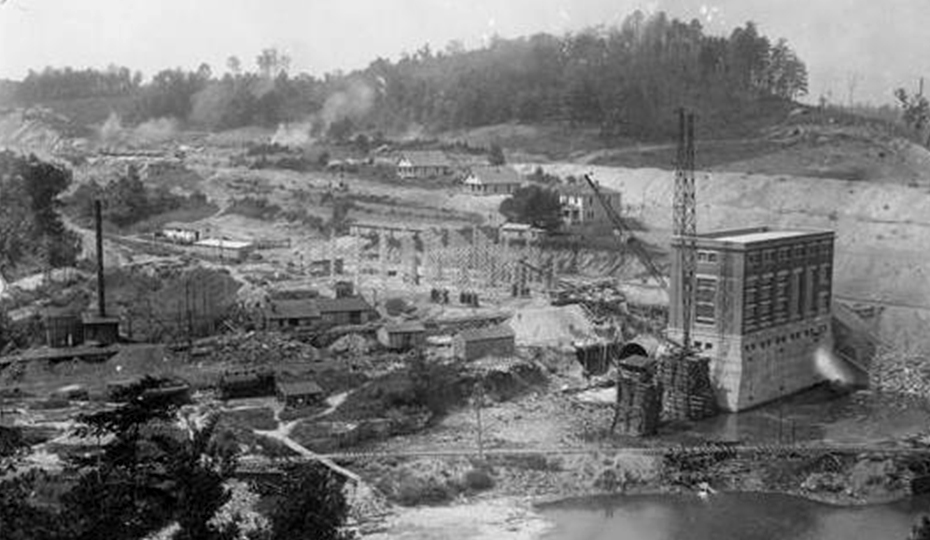 The Bridgewater powerhouse and dams were built by the Western Carolina Power Co. Construction at Bridgewater began in August 1916, soon after the Great Flood of 1916 damaged the company’s hydro stations. 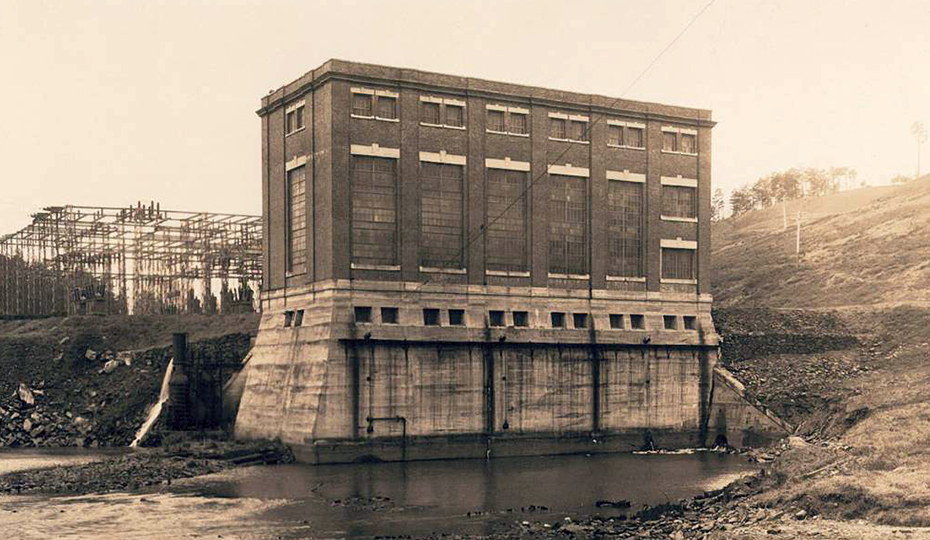 Bridgewater began commercial operations on May 4, 1919. Construction at the dams continued another four years. 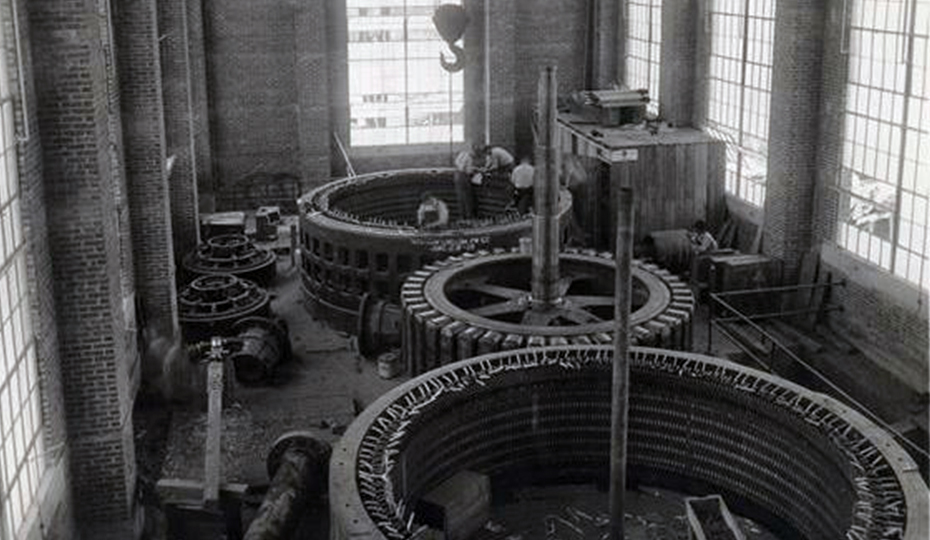 The original Bridgewater powerhouse was more than six stories high from basement to roof and included large, multipane windows. This photo was taken in 1919. Duke Energy demolished the powerhouse in 2012 to enlarge Linville Dam and improve its stability to withstand earthquakes. 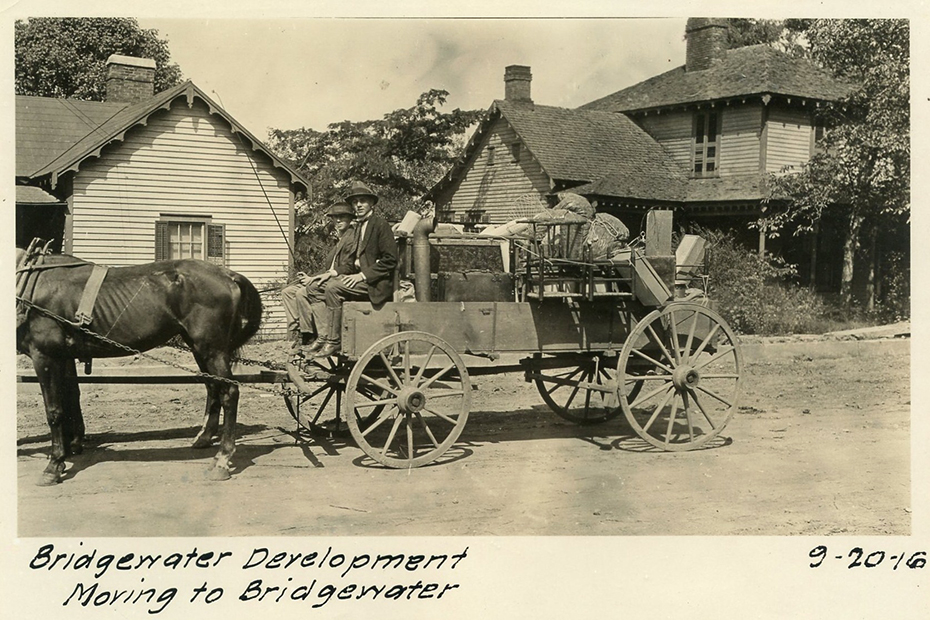 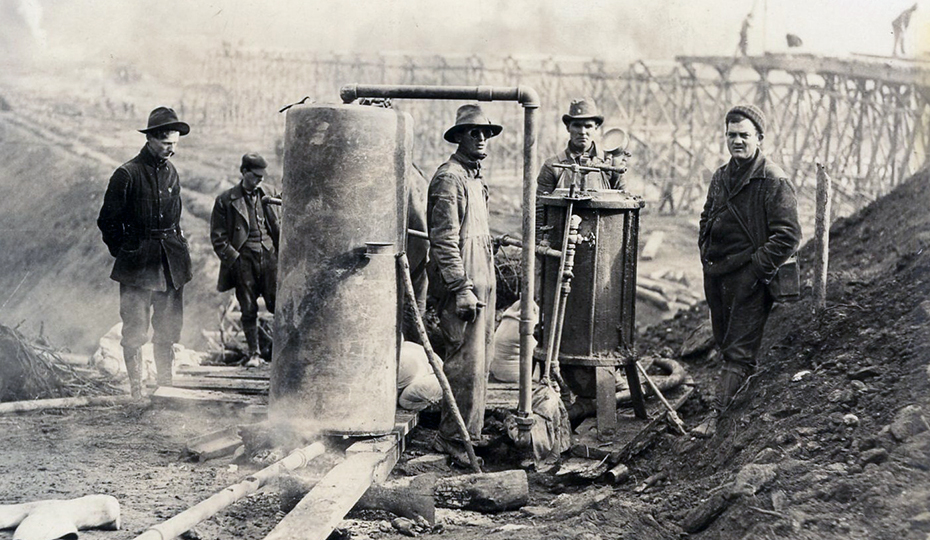 Linville tunnel is the large concrete pipe that carries water to the powerhouse from the lake and through the dam to generate electricity. 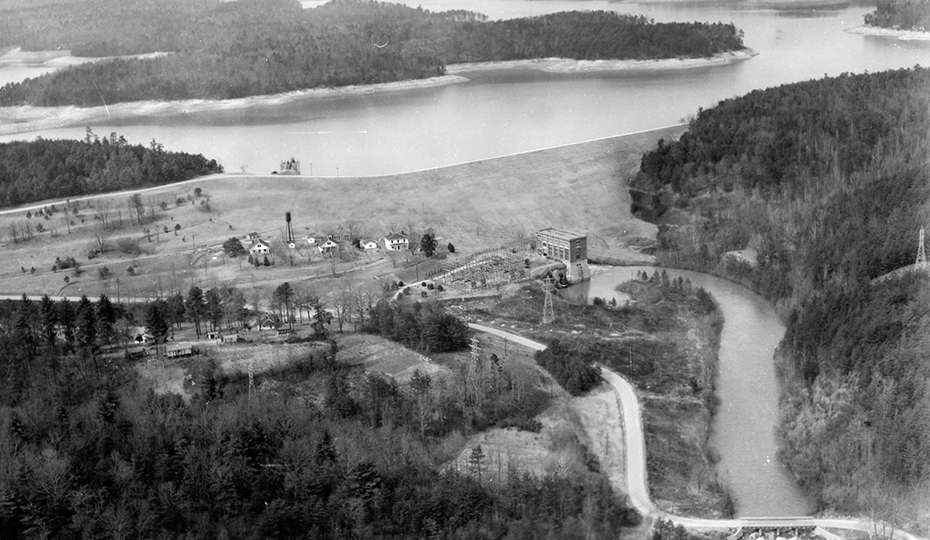 The Bridgewater development includes three dams: Catawba, Paddy Creek and Linville (shown above). Lake James is the first – and one of the largest – reservoir on the Catawba River chain. 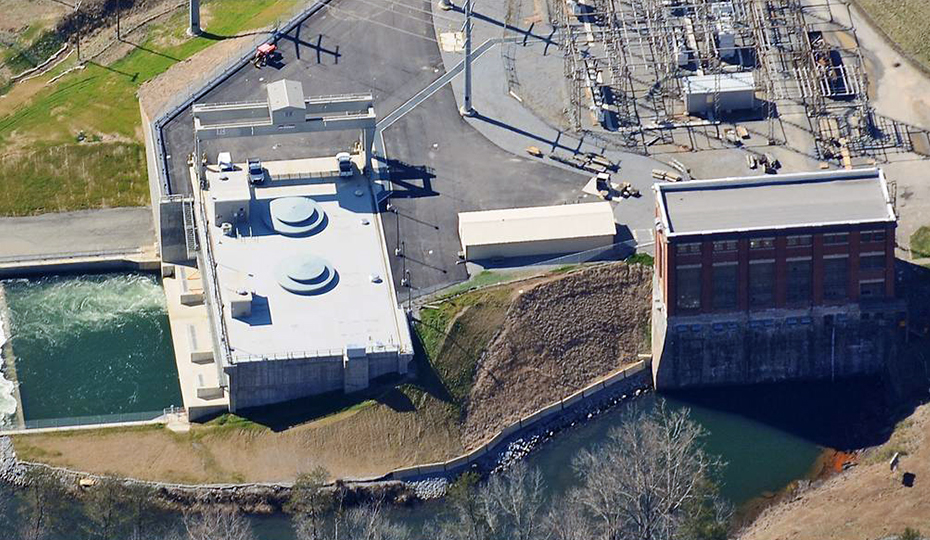 The original powerhouse, also called Linville Powerhouse, at right, was demolished in 2012, shortly after this photo, to accommodate an expansion of Linville Dam. The new 32-megawatt powerhouse, at left, sits downstream from the old powerhouse. 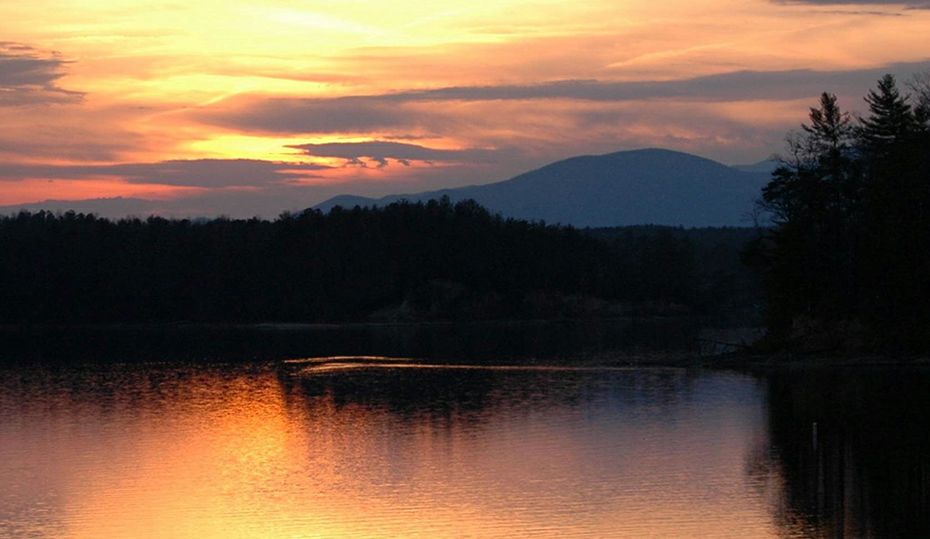 Located in the eastern foothills of the Blue Ridge Mountains, Lake James was created by three earthen dams between 1916 and 1923 to provide water for hydroelectric generation. Today, it’s surrounded by housing developments, and Lake James State Park is a popular destination for swimming, boating and fishing. Photo: Nora Coffey 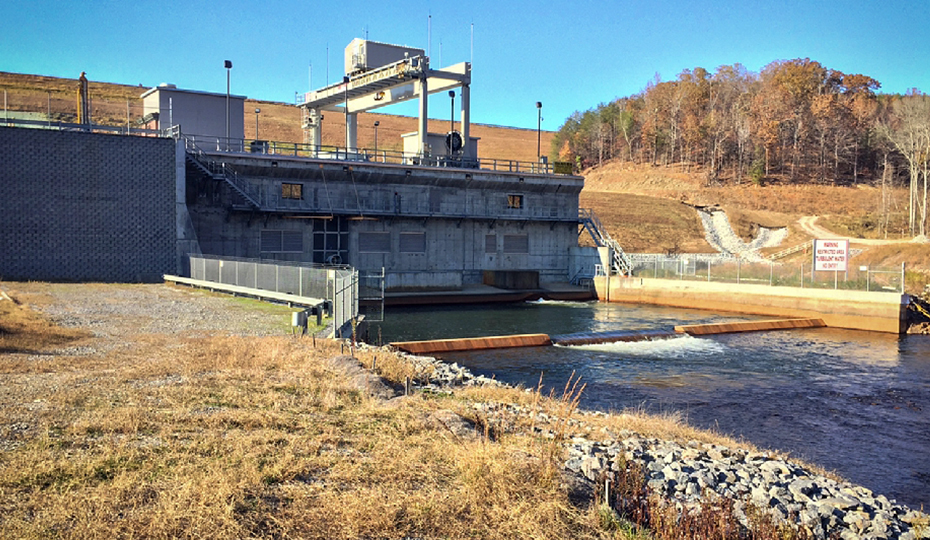 Bridgewater today: The powerhouse that became operational in November 2011 includes two 15-megawatt units and a smaller 1.5-megawatt unit that uses the latest technology for efficiency and environmental enhancements. The smaller unit runs continuously to provide electricity and flows to the Catawba River to improve aquatic habitat.