In a new five-story apartment complex in a trendy Charlotte neighborhood, residents are becoming smarter about their power use.

The new smart meters installed at the complex in the Plaza Midwood area will enable residents to see how much power they use and when they use it, so they have more information to figure out ways to lessen their monthly bills.

And in a major outage, those smart meters will let Duke Energy staffers in a control center know who’s got power and who’s without – instead of relying on customers’ calls – so they can send  crews where they’re needed the most.

Duke Energy has installed more than a million smart meters in North Carolina and South Carolina since beginning the program in January 2012. By the end of 2018, another 2.5 million customers in the two states are scheduled to have their meters replaced with the smart version. Duke Energy has been installing smart meters in Indiana and Ohio and plans to install them in all of its service territories as part of a $25 billion plan to replace the aging energy grid infrastructure.

Across the United States, an estimated 70 million smart meters have been installed.

“We have invested in technology that has immediate value to customers,” said Robert Moreland, Duke Energy’s project director for the Carolinas Advanced Metering Infrastructure (AMI) Deployment. Some of those benefits include checking energy use online to see how much power has been used instead of waiting for the monthly bill. Customers who have the meters can also choose their bill dates instead of having one assigned, so they can space it a few weeks between a car or house payment.

How does it work? 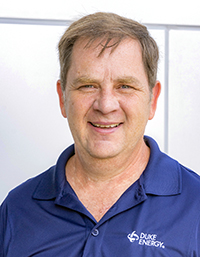 Smart meters measure and record electricity usage at regular intervals and send the data to customers and the power company through radio waves, much like your home Wi-Fi works. Customers can access the information by logging on to their Duke Energy Account.

Smart meter data might tell you that the hour you spend cooking on a hot summer night is creating a power spike from the working oven competing with an air conditioner trying to cool things off. Or that a teenager’s hours playing video games cost more than you realized.

“If you’re planning on your bill being $150 at the end of the month, you can take advantage of usage alerts – similar to data alerts that your phone company sends you – to manage your usage to help keep your bill on track,” Moreland said. “This is especially helpful for customers who are on fixed incomes because the frequent updates allows them time to change their behavior so they don’t end up with a surprise bill at the end of the month.”

Smart meters have some critics. Opponents fear the radio-frequency levels emitted cause health problems. Others worry it invades privacy by sharing too much information about energy use.

But numerous independent and industry experts say they don’t pose a health risk – the radio-frequency levels are lower than cellphones and other electronic devices. These experts say the information gathered merely helps customers understand more about their power use, and helps speed response during outages. 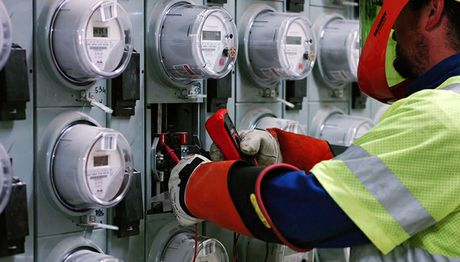 Duke Energy customers will not have to pay a fee for the meter exchange. In South Carolina, those who choose to opt out will have to pay $150, and a monthly surcharge of $11.75. Duke Energy is seeking a similar opt-out charge for North Carolina. Not using the technology costs more because workers have to manually read meters instead of having everything available online, Moreland said.

“We know there is a very small number of our customers who for whatever reason believe the meters and the radio frequency on which they operate are a health hazard. Duke Energy has tested the meters and they are safe; we operate them well below the limits set by the Federal Communications Commission for safe operation,” Moreland said.

On a recent outing to the new apartment complex near Charlotte’s uptown, lineworker Jared Lail took about two minutes to remove a meter, and conduct a safety check. Then he plugged the new smart meter in and sealed it up. If you were home in your apartment that day, you might have noticed the power go out momentarily before coming back on.

When those residents sign in to their online accounts, they’ll learn far more about their day-to-day energy habits.

With a smart meter, customers can