The Duke Energy Power Chords stirred the crowd at CincySings April 13 with an a capella performance of “You Raise Me Up.” 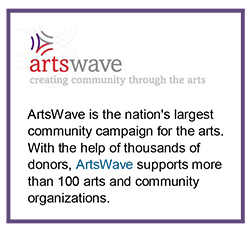 CincySings is the citywide choral competition that benefits ArtsWave and the numerous nonprofit organizations it touches.

This was the third year in a row that a Duke Energy ensemble reached the final sing-off, after competing against other local company choirs in a preliminary round. For their piece, the Power Chords received honorable mention. Procter & Gamble and General Electric came in first and second, respectively. A total of 12 groups performed.