Most people know W.E.B. Du Bois as a writer. But Trevor Pearce, assistant professor of philosophy at UNC Charlotte, said it’s important to appreciate that he was much more.

William Edward Burghardt Du Bois was born 150 years ago in Massachusetts. When he left the relatively tolerant Northeast for Nashville’s historically black Fisk University (thanks to generous townspeople who took up a collection to send him to college), he encountered a level of racism he hadn’t experienced before. It influenced his life and work. 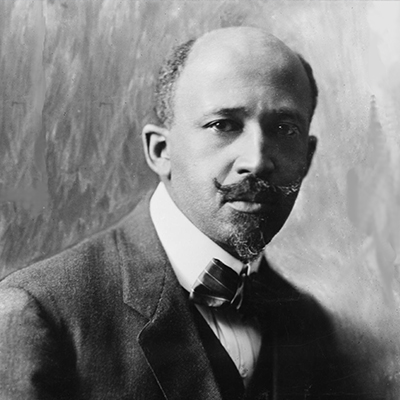 “He was a pioneering social scientist, a philosopher, a novelist,” Pearce said, “and a very important activist-journalist.”

In 1892, Du Bois received a fellowship to attend the University of Berlin for graduate studies. “At that time, the highest level of education you could get was in Berlin,” Pearce said. “That was even more prestigious than Harvard.” Du Bois in 1895 became the first African-American to earn a Ph.D. from Harvard.

The first NAACP president was Moorfield Storey, a white former president of the American Bar Association. Du Bois was the only black member of the founding board of directors. He also founded the group’s newspaper, The Crisis, which has been in print since 1910.

He didn’t believe compromise was possible when it came to equality. Du Bois led the Niagara Movement, a civil rights group that insisted on full equal rights for African-Americans. This was in contrast to Booker T. Washington’s philosophy of submitting to white political rule in exchange for a promise of basic educational and economic opportunity.

Despite all the ways in which Du Bois influenced society – with his scholarship, his interest in the arts and sciences, his activism – he is still best remembered for his powerful prose. His essay collection, “The Souls of Black Folk” is a seminal work in African-American literature.

From the first chapter, he lays out an issue still present 150 years after Du Bois’ birth – the duality of the African-American. “One ever feels his twoness,” he wrote. “An American, a Negro; two souls, two thoughts, two unreconciled strivings; two warring ideals in one dark body, whose dogged strength alone keeps it from being torn asunder.”