Rick Burger credits growing up on the family farm as the foundation for all he holds dear. And so, after graduating from Vincennes University in Indiana with a business degree, he faced a difficult choice:

Should he take the known path and follow his parents and grandparents on the family farm? Or should he risk taking a job?

“That was a tough decision,” Burger said. “My foundation is the farm. My mom has given me the heart to care for people. My dad has given me the hands to work hard every day, and my family has always been there to support me in challenging times and in good times, too. Me and my brother are best friends.”

After much thought, Burger decided to take a chance. Forty-one years later, he has no regrets.

“I have the best of both worlds,” he said, explaining that he helps his brother plant and harvest crops on weekends in spring and fall and devotes the rest of his days to his family, to community projects and to his job as government and community relations manager for Duke Energy in West Central Indiana. 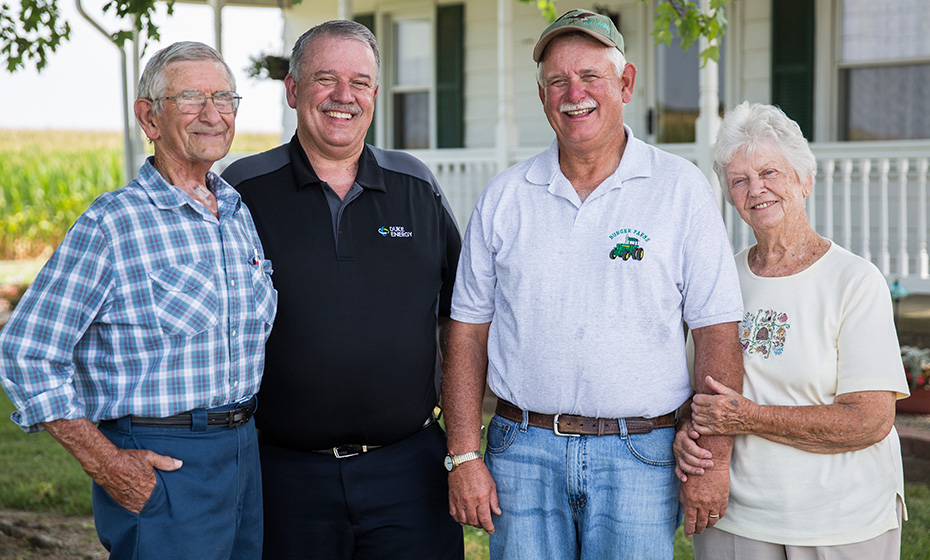 Rick Burger and his family at their farm, which has been in the family for five generations.

In more than four decades with the company, Burger has become a “household name” in Indiana, said Marvin Blade, Duke Energy vice president for community relations in the state. He took the company’s commitment to charitable giving and volunteerism to a high level – helping raise millions of dollars for charities.

During the December holiday season, you’ll find Burger dropping off cookies to the news media and community leaders “to show them a thank-you.”

“He has such a glowing personality,” Blade said. “You may think that he’s just a really social guy when he brings baseball caps and gives them to linemen, but he’s giving you a baseball cap because he’s hoping you will show up at his volunteer event. Yes, he is a good guy. But he’s also strategic. … I would say he has found his God-given career.” 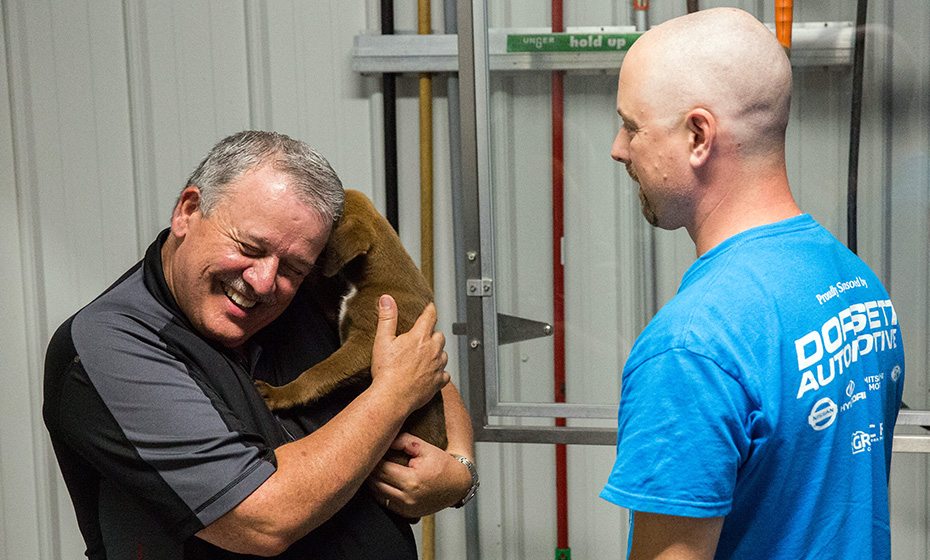 Burger was recently honored with a James B. Duke Award, Duke Energy’s highest employee honor for service to the company and community.

Melody Birmingham-Byrd, president of Duke Energy’s Indiana operations, calls him the Earl of Duke. “He truly is an ambassador, whether to listen to a customer’s story or to tell our story.”

Not that he is all work and no play. Burger loves a good joke. He recounted how he and his wife, Karen, met in Lafayette, Ind., when she was working at the chamber of commerce there. She’s now secretary of a middle school in Terre Haute, where they relocated 17 years ago.

“So how many kids do you have?”

He paused for reaction, and, only after the expected astonishment came, he laughed heartily and fessed up. “We have four wonderful kids, two girls, two boys, and we have six grandchildren.”

Even after years of knowing Burger, Blade said he still falls for some of the outlandish things Burger says because he says them with such a straight face.

Burger’s first job for predecessor company Public Service Indiana was as an agricultural representative. “I worked with farmers on their needs for electricity. It was a job that allowed me to work with the people I came from.”

When two customers expressed concern to a newspaper about the potential danger of a coal ash pond spill, Burger invited them to the Wabash River Generating Station. Birmingham-Byrd described it as a “bold and courageous” move. 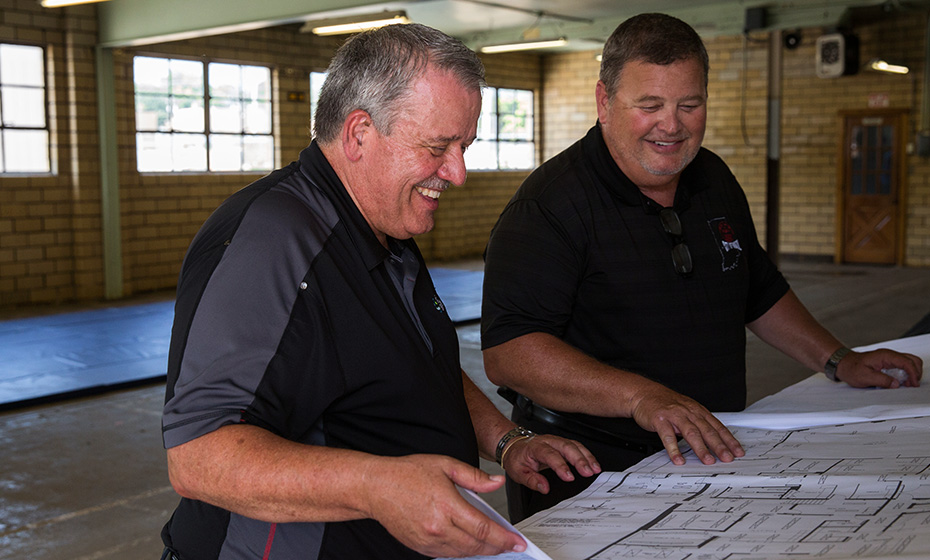 Rick Burger goes over blueprints at the Duke Energy operations center that will become a police station in Brazil, Ind.

“I called them and said, 'I’d like to bring you out and show you what we do,' ” Burger said. “I can understand why people feel that way, but I wanted to assure them we are doing more than we need to do by federal regulations. Me and the plant manager, Mike Wertz, spent three-quarters of a day showing what we have.”

When he learned that the Brazil Police Department needed a new station, he helped negotiate the sale of an old Duke Energy office to the city. “We made the deal happen,” he said.

When someone asks Burger how he’s doing, he hands out a business card with a simple message:

“Working for the people and living the dream.”