David Horinek and his son, Tanner, carry on a tradition of farming land in Newkirk, Okla., that’s been in his family for more than 100 years. 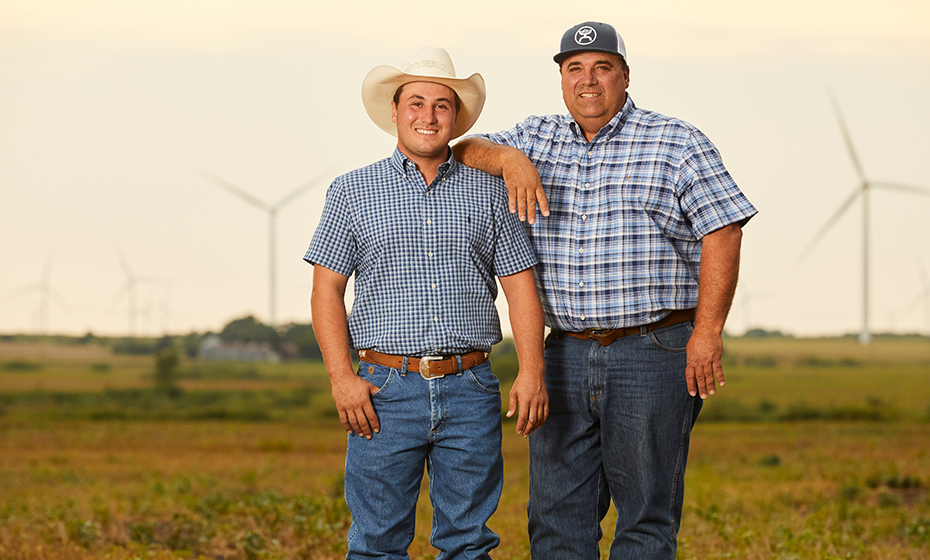 But farming comes with financial challenges, and to preserve their farm for the next generation, Horinek is making his land available to Duke Energy Renewables for wind turbines. Wind projects, according to the American Wind Energy Association, deliver more than $245 million in annual landowner lease payments to farmers and ranchers across the United States.

Spreading out newspaper articles about his great grandfather and grandfather on the dining room table he built 27 years ago, Horinek talks about what he owes his family. “They worked really hard to keep our land together so it could be passed down from generation to generation. Their work provided my dad Fred and I the opportunity to expand and continue farming.” 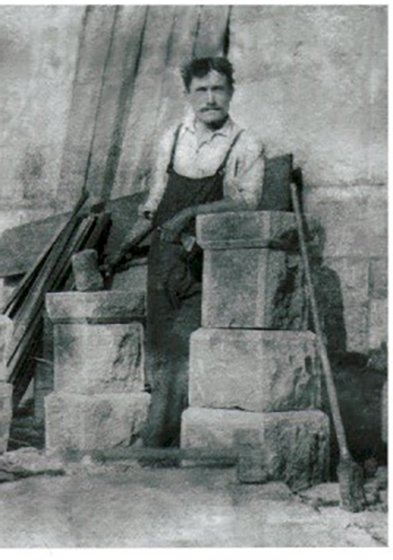 David's great grandfather while building his stone house in the 1890s.

His great grandfather came to the area in 1894 from Czechoslovakia and over five years, mining rock from their fields, he and his wife built a two-story stone house that’s still standing today. The Horineks’ farm is one of fewer than a thousand Oklahoma Centennial Farms, a designation for farms owned by the same family for more than a century.

They grow wheat, soybeans, corn, hay and sorghum to feed their cattle, and Horinek credits his ancestors for passing down the land that has become his livelihood. 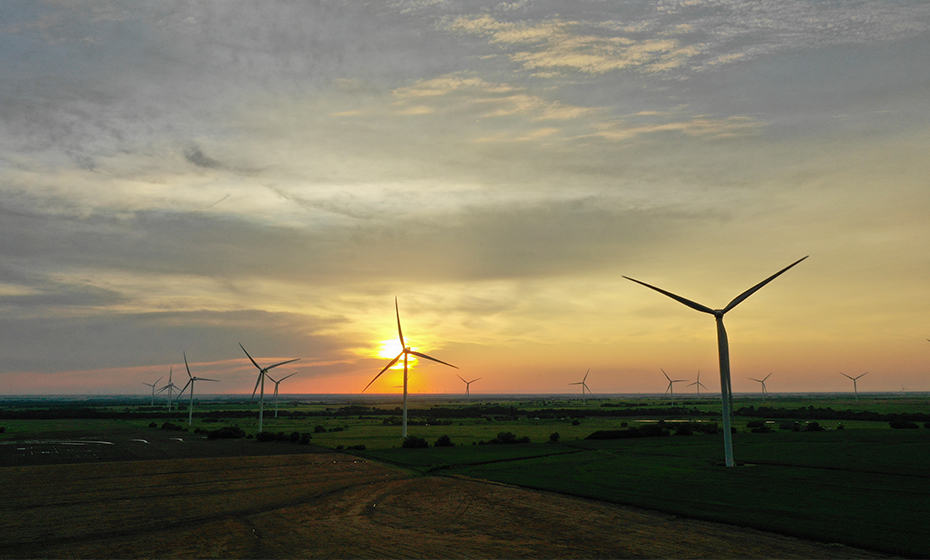 Since launching its first wind power project in 2008, Duke Energy Renewables has grown its portfolio to more than 2,300 megawatts of wind power from about 1,200 turbines at 20 wind projects across the country.

That’s enough clean energy to power more than half a million homes.

The construction of Frontier I and II created dozens of full-time operations and maintenance positions, too, and the expansion will create 250 jobs during peak construction.

In addition to providing jobs at farms, ranches and energy companies, the turbines add to the tax base. Farmers can use the extra income to offset weather disruptions and make capital investments like building barns, corrals, and fences when they are needed rather than waiting for a boom in business. These investments go back into the economy when farmers buy machinery, lumber, seed and feed. 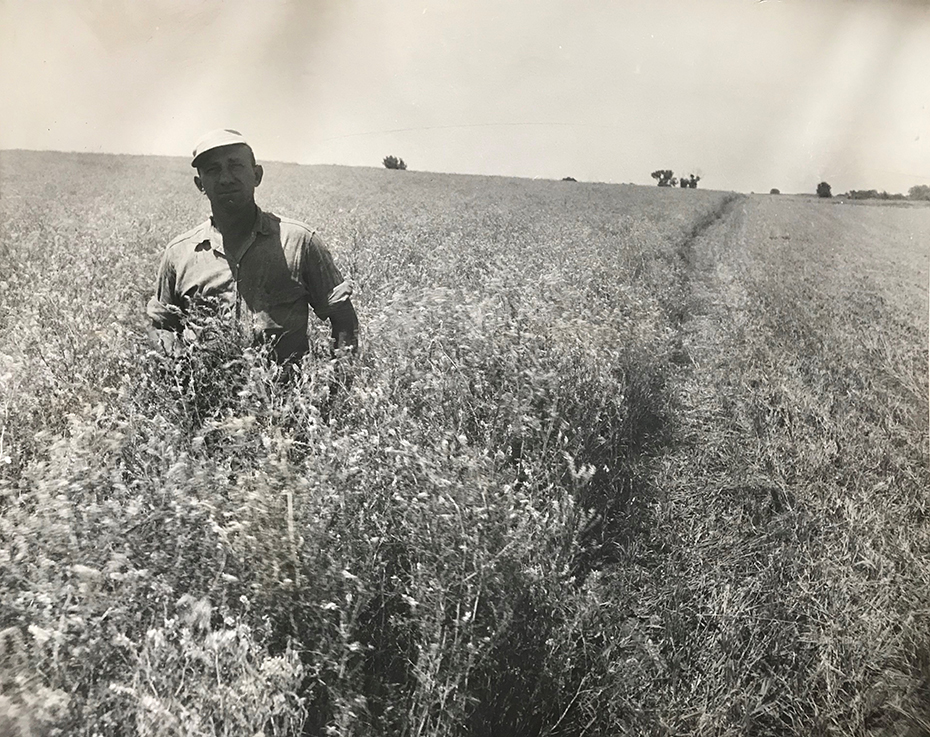 Like any new industry, there are critics concerned with wind turbines changing the landscape. Some residents find them to be eyesores. Horinek said he is thankful for the turbines and the extra income to support his family, lower their line of credit and build savings.

“It’s a struggle out here on the farm,” Horinek said. “After you pay all the bills, there isn’t always anything left. When you get a chance to make some extra income off your land, we see fit that we should.”

Tanner, 23, plans to get married later this year and carry on the family tradition of farming in Newkirk. The wind turbines provide a nice nest egg, and more importantly, confidence that the farm with have the Horinek name for another 100 years. 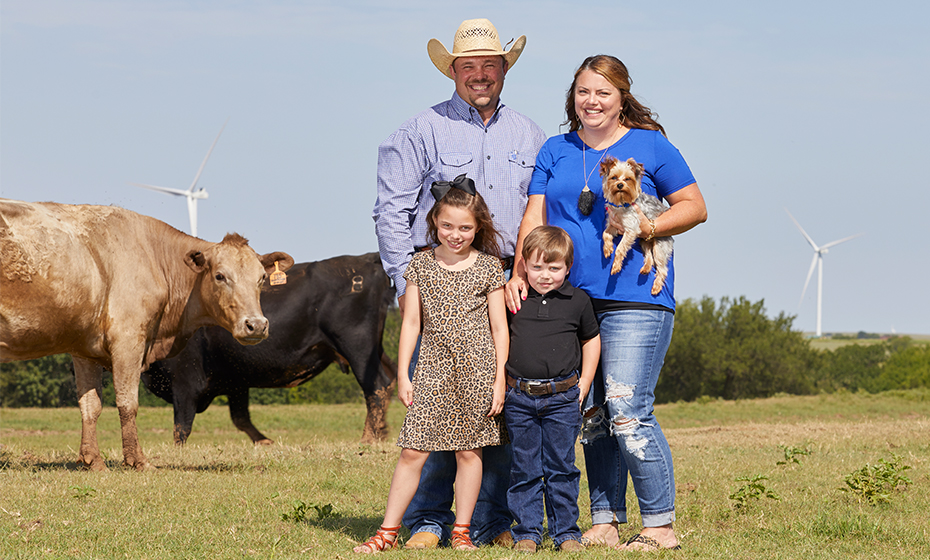 Charlie and Lindsey Brandon have a busy life – they’re raising two children, Piper, 7, and Baylin, 4, while Charlie runs the farm and Lindsey teaches third grade at the elementary school in Newkirk, Okla. – and they couldn’t imagine living anywhere else. The family will have a wind turbine on their land with the construction of Frontier II, and they’re excited because they’ve already seen the benefits to their community from Frontier I. Schools – including Lindsey’s – have already received upgrades including a gym and early childhood center they say wouldn’t have happened without the wind industry – the city’s largest taxpayer. “In addition to our school improvements, our roads are so much better than they were before the wind farms came to our area.” And for his family, Charlie Brandon said, it’s nice to have the income. “In this business, every source of income is appreciated, whether we use it towards our operations, house or just paying off debt.” 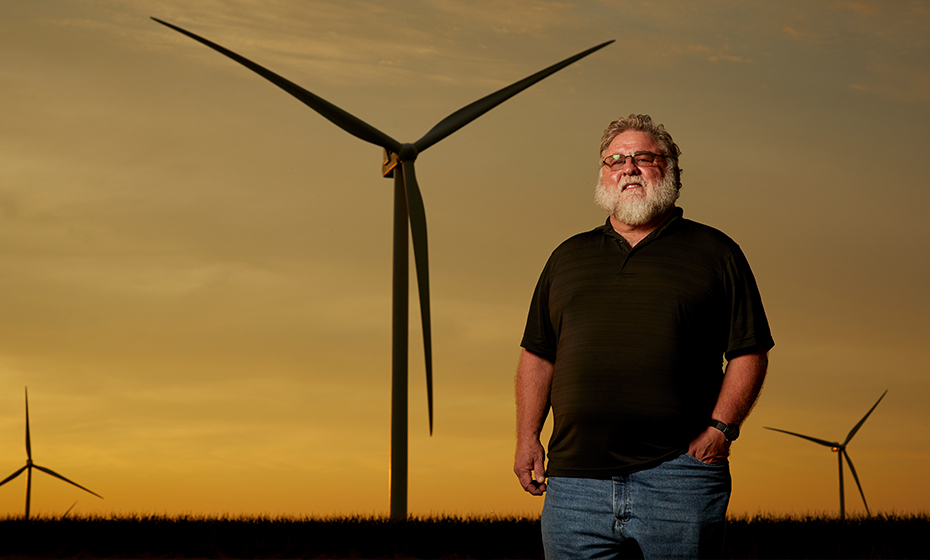 Calvin Hoelting runs an 80-acre farm with cattle, beans, wheat and corn between the towns of Blackwell and Ponca City. It’s been in his wife Stacie Buesing Hoelting's family since the Oklahoma Land Rush in the late 1800s, but Hoelting wears many hats – he’s also a respiratory therapist, trauma specialist, and he did a stint as a security guard for Duke Energy while they were building Frontier I, where he has a turbine. “It was pretty cool,” he said, “to patrol my land and my neighbors’ land.” When Hoelting was approached about placing a turbine on his land, he researched Duke Energy and the wind industry and decided to lease his land. He’s glad he did. The past three years’ payments have helped him pay off debt and send his oldest daughter to college. 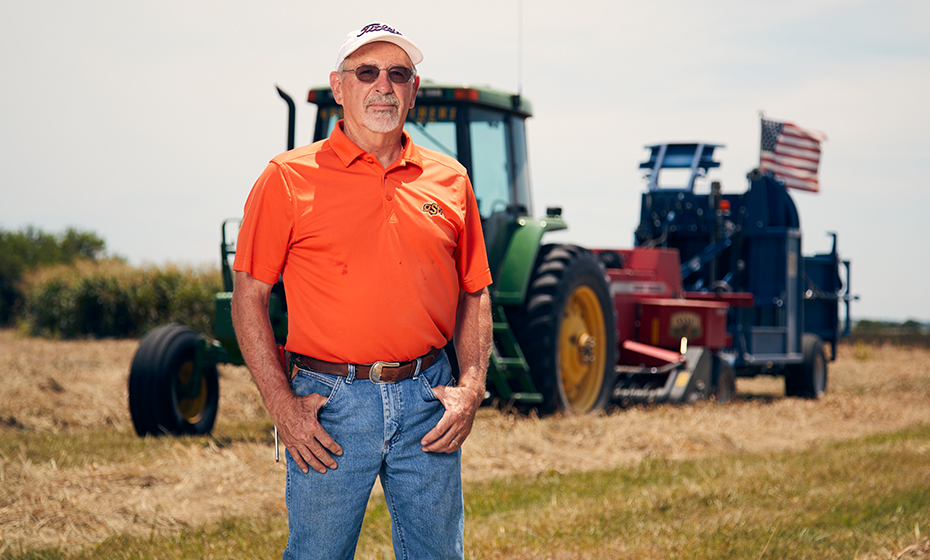 While John Spore stepped away from his hometown to pursue other paths, he stayed close enough to run the Newkirk, Okla., farm that’s been in his family since 1889. After he graduated high school in 1969, he attended Oklahoma State University, then went back to farming for nearly a decade before deciding to finish his degree and become a high school football coach. He recently retired and is busy helping his stepdaughter learn to be a cowgirl. He’s thankful for the opportunity that Frontier II will provide for schools in Kay County. With Frontier II, Spore will have one wind turbine and his two sisters will have turbines, too. “Wind turbines put money in our schools, improve our roads, and it’s just good for the economy overall,” Spore said. “We should want all the turbines we can get.”