More than a century before his name became associated with electric cars, solar panels and clean energy storage, Nikola Tesla was known for his work in the development of alternating current (AC) and AC generation and distribution systems – technology that fuels today’s energy grids.

Tesla (1856-1943) was born in Croatia and his fascination with the evolving field of electricity drew him to the U.S. in 1884 where he came to work with the inventor Thomas Edison, who was a co-founder of General Electric. 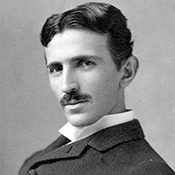 Edison’s electrical focus was direct current (DC), which moves electrons through a conductor, such as a wire, in a single direction. Tesla was hired by Edison to improve the design of his DC dynamos, but left when Edison refused to give him a raise. Tesla set out to research and develop AC, a system that ultimately proved safe, more efficient and easily transmitted over long distances.

Tesla established that AC, electrical current that reverses direction of current flow a certain number of times per second, more easily converts to higher and lower voltages than DC by using a transformer.

During the late 1880s, after teaming with industrialist George Westinghouse, Tesla further refined AC, continued his research and developed oscillators, meters, improved lighting and the Tesla coil, a high-voltage transformer. 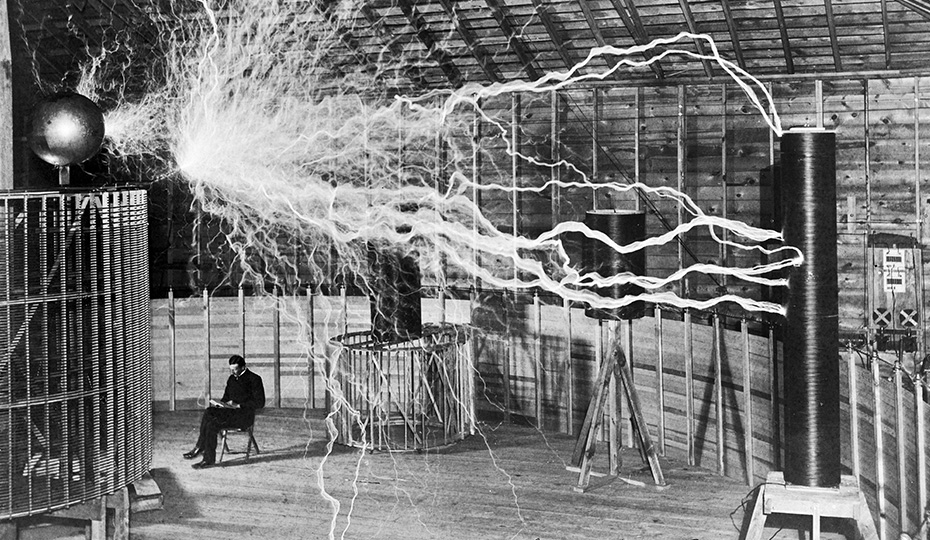 This photo of Nikola Tesla sitting with his magnifying transmitter in his lab in Colorado Springs around 1899 was a promotional stunt. It was a double exposure and Tesla wasn't sitting near the flying sparks.

The “War of the Currents” of the late 1880s pit Tesla’s AC against Edison’s DC with major business decisions ultimately determining Tesla’s technology the victor.

Westinghouse was awarded the power contract to the 1893 Columbian Exposition in Chicago over Edison’s General Electric. That year, the Niagara Falls Power Co.’s decision to use Tesla’s technology to generate electricity from the falls positioned AC to be the dominate current to this day.

“His way of delivering energy has impacted our lives for the past 100 years,” said Jason Handley, Duke Energy director of smart grid emerging technology and operations. “His legacy will never, in my mind, be supplanted. The AC system will be the system that carries large amounts of power through our interconnected power grid well into the future.”

How DC (through batteries) plays a role in future energy mix

While AC is the most prevalent source for in-home energy, batteries provide a plentiful source of DC power that can be converted into AC, allowing many areas to have power even if the supply of AC is interrupted.

“Batteries are very important for the modern grid due to our switching generation mix,” said Jason Handley, Duke Energy director of smart grid emerging technology and operations. “What used to be a traditional one-way power flow from a centralized generation facility out to our end customers is now a multidirectional power flow. Batteries are the bridge that help store excess (solar and wind) energy to use it when we need it and smooth out the intermediacies between solar and wind.”