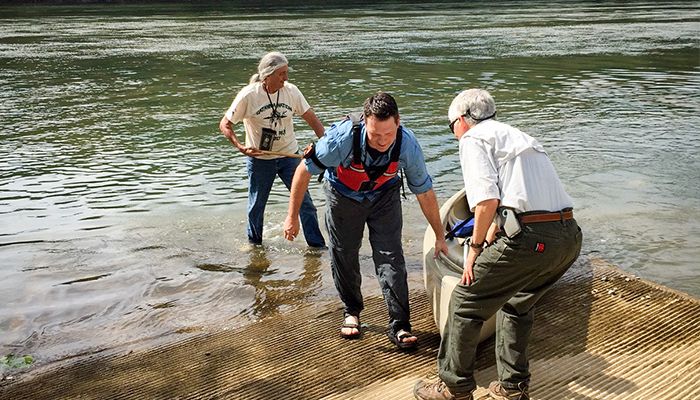 A canoe and kayak launch was opened in May at the Catawba Indian Nation reservation on the Catawba River in Rock Hill, S.C.

Of all the new amenities and expanded access planned for the Catawba River and its lakes, trails and parks, an additional restroom is among the conveniences people are most excited about.

“It’s not glamorous, but our plans for new restrooms at the Buster Boyd access area have been very well-received,” said John Crutchfield, Duke Energy’s director of public safety and recreation strategy planning. “The Buster Boyd access area is always very busy. We’ve gotten more comments on the need for a restroom than just about anything else. A lot of people use this access area, including many organized fishing tournaments.”

North Carolina is at one end of the 1,500-foot-long, four-lane Buster Boyd Bridge, and South Carolina is at the other end, south of Charlotte. The bridge has been part of the landscape since the early 1920s when the original was built. (It was replaced in 1961 and again in 1999.)

This access area isn’t the only one getting an upgrade. Duke Energy will install restrooms at 27 recreation areas spanning all lakes along the Catawba-Wateree River over the next 20 years. 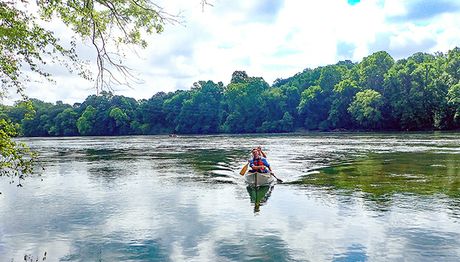 The license includes provisions that protect water quality and the environment. And it includes plans for new and enhanced recreational options for the people who rely on the Catawba-Wateree River and its lakes for summer fun including swimming, paddling and fishing.

Duke Energy is awaiting FERC’s response, expected sometime this year, before beginning any construction. “We can’t disturb any earth until FERC approves the plan,” Crutchfield said. “Although we can’t predict when FERC will issue the plan, we remain optimistic that we’ll get approval this summer.”

The company isn’t waiting by idly. Everything that can be done in advance of FERC’s approval – such as engineering design and environmental permitting – is happening now. Duke’s recreation team will be ready to move to the construction phase after approval. 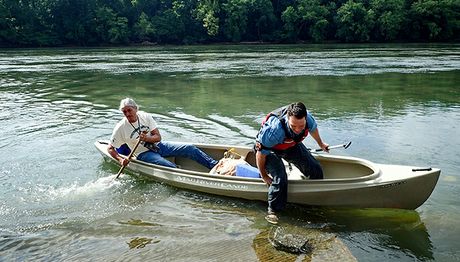 The recreation commitments in the plan are extensive and include 89 proposed public projects and enhancements at 32 existing recreation areas;  26 new lake access areas will be built at a number of lakes – including James, Norman and Wateree – over the course of the 20-year project. Construction phases are divided into five-year periods for 20 years.

A few of the many projects planned for the first phase of construction are upgrades at the Black Bear, Beatties Ford and Allison Creek access areas.

Crutchfield is more than the guy coordinating Duke Energy’s recreation team on meeting the planned commitments. He’s an occasional fisherman, and he appreciates better public access to waters – and more of it.

If you hear nature calling while you’re boating on Lake Wylie near the Buster Boyd Bridge, well … Duke Energy is working to lessen your wait.

More information about recreation on the Catawba-Wateree River and other lakes and rivers managed by Duke Energy.

What's next for the Catawba River

For safe summer on the water, wear a life jacket