When Hurricane Florence knocked out power to the Carolinas coast in September, it also damaged the homes of the people responsible for turning the lights back on. So Duke Energy dispatched a strike force loaded with supplies for employees who were working to restore power even though their lives had been upended too.

Chris Hage led the effort to bring tarps and flashlights, batteries and cleaning supplies, and bread and peanut butter to hard-hit workers in the Pee Dee region of South Carolina and Wilmington, N.C.

Hage, Duke Energy director of workforce planning and development, put out a call and almost immediately had the help he needed. Joining him in the effort were employees Ashley Cannon, Lindsay Walles, Julia McCorkle, Meaghan Lewis, Christopher "Kit" Rose and Derrick Robinson. 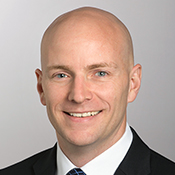 “We didn’t know what we’d be faced with,” Hage said, “so we tried to prepare for anything.”

The supplies were loaded into three SUVs on Sept. 14 while Florence was battering the coast. The vehicles were ready to leave Charlotte as soon as Hage heard from Duke Energy’s customer delivery team that roads were passable.

Hage called it a balancing act. The teams had to wait but needed to arrive in time to be of use. The first crew left for Fayetteville, N.C., on Sept. 17. The next day, another team left for the Pee Dee region of South Carolina and another for Wilmington, N.C. Eventually, all three crews were in Wilmington, where the largest number of Duke Energy employees needed help.

Disaster relief teams are sometimes forced to improvise. In this case, there were no hotel rooms because they were filled with evacuees. Volunteers bunked with relatives. 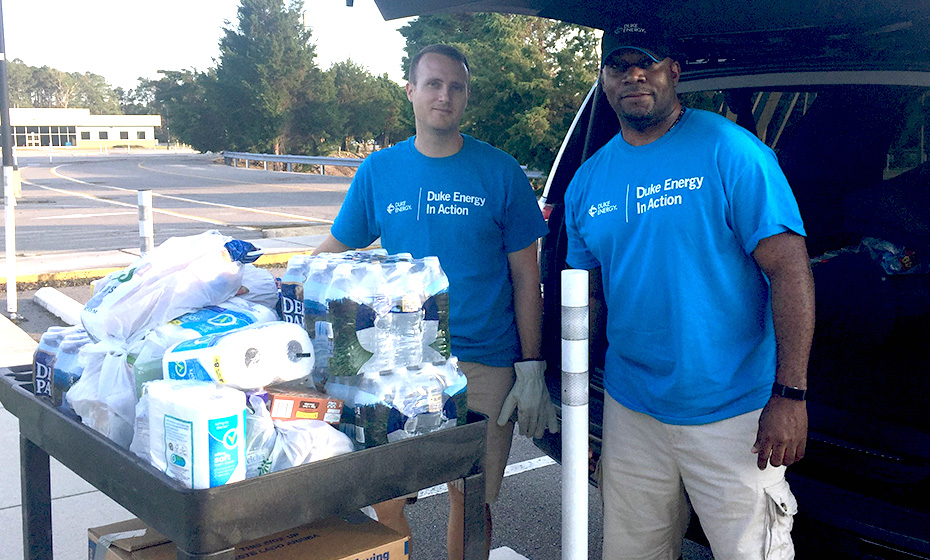 When they left Charlotte, they weren’t even sure they had places to stay. So they packed cots. “We were prepared to sleep anywhere,” said Derrick Robinson, recruiting manager and a relief team member.

And while the relief teams – on the road for four to five days – did their best at anticipating needs, they couldn’t prepare for everything. “We met one technician who’d worked two 16-hour days in a row,” said Robinson. “His family was at home cleaning up from the flooding they’d had – the water was 3 feet high in their house – and he hadn’t even been able to go check on them or help.”

The family needed plastic containers (not cardboard boxes) to pack what was salvageable. They also needed surgical masks: Not all their livestock survived the storm.

Since many supermarkets were flooded and without power, just going to the store was challenging. Even when a store was open, there were long lines to get in. Duke Energy crews were able to wait in line and get what people needed.

The crews took plenty of flashlights, thinking those would be essential. But Duke Energy’s line crews had power restored quickly in many areas.

Of all the items relief crews took, what do you suppose was the most appreciated? A toothbrush, Hage said. When you have to evacuate your home, there’s no time to think about personal hygiene.

“This was an all-hands-on-deck sort of scenario,” Hage said. Even in the worst of times, “you get a real sense of community.”

“I hope this kind of help isn’t needed anytime soon,” Robinson said. “But when it is, I’ll do it again without hesitation.”

How you can help

There’s another kind of help available to some employees hit by Florence and other disasters. The Relief4Employees program is funded by the Duke Energy Foundation and employee contributions.

Applications typically spike during hurricane season. In 2016, the majority of grants awarded were for Hurricane Matthew relief. In 2017, most were related to Hurricane Irma. Last year, 52 grants totaling $129,066 were awarded for disaster relief.

A new way for companies in Indiana to cut carbon emissions