When the rain comes­ hard and heavy, Duke Energy works to keep the rivers flowing and Carolinas residents safe.

Duke Energy’s hydro team aggressively moves the water through generating turbines and floodgates to get the lakes back to their target levels or normal seasonal elevations. Because the safety of residents is the company’s highest priority, the hydro team works closely with the company’s meteorologists and hydrologists to anticipate severe weather and reduce the threat of flooding. 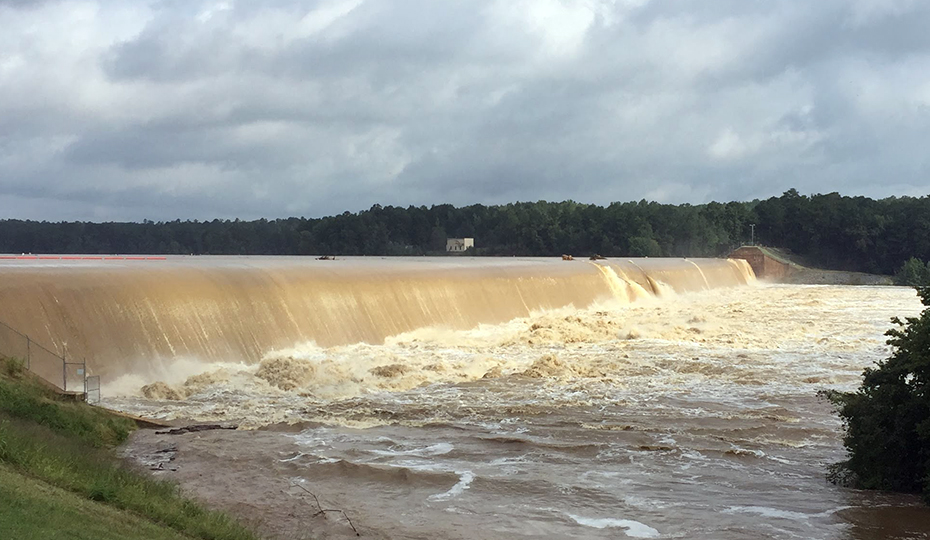 The Blewett Falls spillway on the Pee Dee River in North Carolina Sept. 17, 2018, during Hurricane Florence.

The company’s 32 hydro stations and reservoirs in the Carolinas are operated from the Regulated Renewables Operations Center in Charlotte, which is staffed around-the-clock to manage reservoirs along the Catawba-Wateree, Yadkin-Pee Dee, Keowee-Toxaway, Broad and Nantahala rivers.

For more than 100 years, Duke Energy has harnessed rivers to generate clean renewable energy. Its hydropower plants are key to the company’s mission to provide sustainable energy. The largest lakes on the Catawba River system – lakes James, Norman and Wylie – can store substantial amounts of precipitation and runoff, which significantly reduces any impact downstream to property and public safety.

For example, 2018 was one of the wettest years since 1971 with hurricanes Florence and Michael and a December storm battering the Carolinas. Hurricane Florence, for example, was forecast to drop 8 to 10 inches of rain in the river basin. So the hydro team moved water to create additional storage capacity, lowering the three lakes as much as 4 to 5 feet over six days. 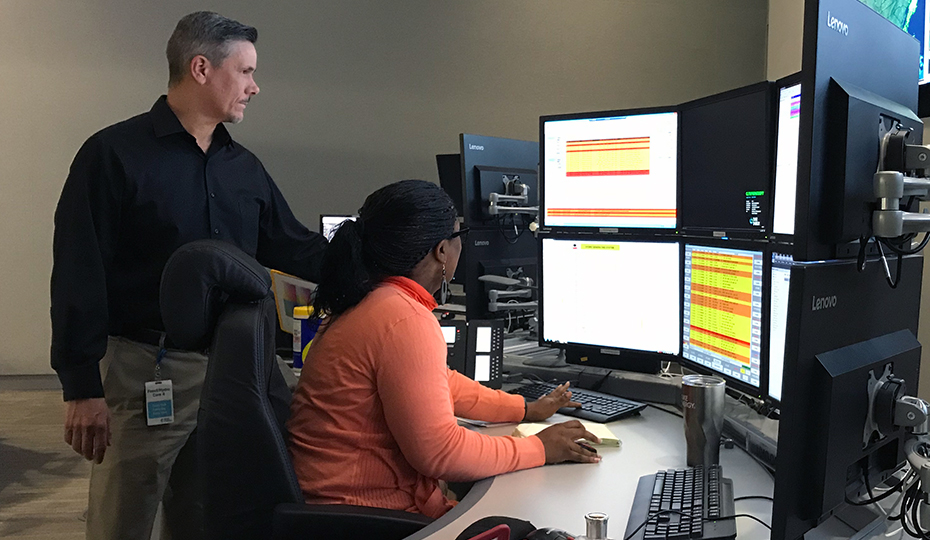 When a storm is approaching, the team gets daily forecasts on the amount of rainfall predicted in each river basin, said Lynne Dunn, compliance manager for Duke Energy Hydro Operations. “We use this information to evaluate how much storage we need to create by lowering our reservoirs before the storm arrives,” she said. “This minimizes possible flooding downstream of our dams.”

For the Catawba River basin, the 2018 yearly total rainfall was 56.77 inches, 14.17 inches above the 20-year average. December was the wettest December since 1971, with 8.40 inches of rain across the Duke Energy hydro system.

During high-water and flooding conditions, Duke Energy works with emergency management officials to notify and protect the public. The company also maintains a lake website with lake level information and high-water alerts, as well as a toll-free phone line (800.829.5253) with current lake levels, special information and advisories. 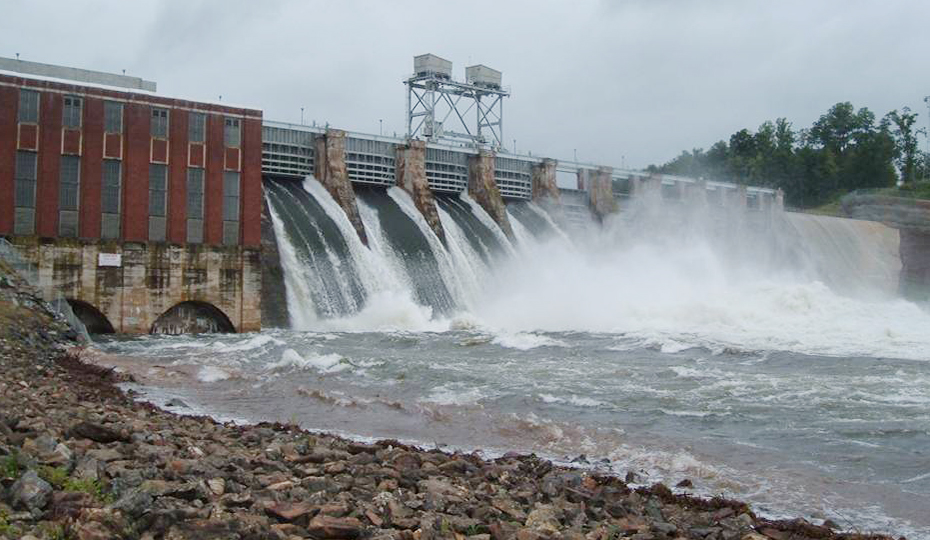 Duke Energy manages the chain of 11 lakes and 13 hydro stations on the Catawba River in the Carolinas as an integrated system. Oxford Hydro Station, the third hydro in the system, is in the upper Catawba basin in Catawba County and forms Lake Hickory.

“During storms and high-water events, we talk to our Duke Energy community relations manager at least daily. We work together closely to give residents useful and timely information so they can take appropriate actions to protect their lives and property.”

Although 2018 was a challenging year, the Hydro Operations team succeeded at keeping reservoirs from reaching critical levels that could have resulted in evacuations and power disconnects in low-lying areas.

"We can’t control how much rain we get, or where it falls,” said Randy Herrin, vice president of Carolinas Regulated Renewables. “But we can manage our reservoirs to protect the public and ensure the safety of our dams.”