It’s not unusual to find Lisette Guzman, her husband and two teenage daughters volunteering in the community. So when an earthquake devastated her native Ecuador in April 2016, she took action. 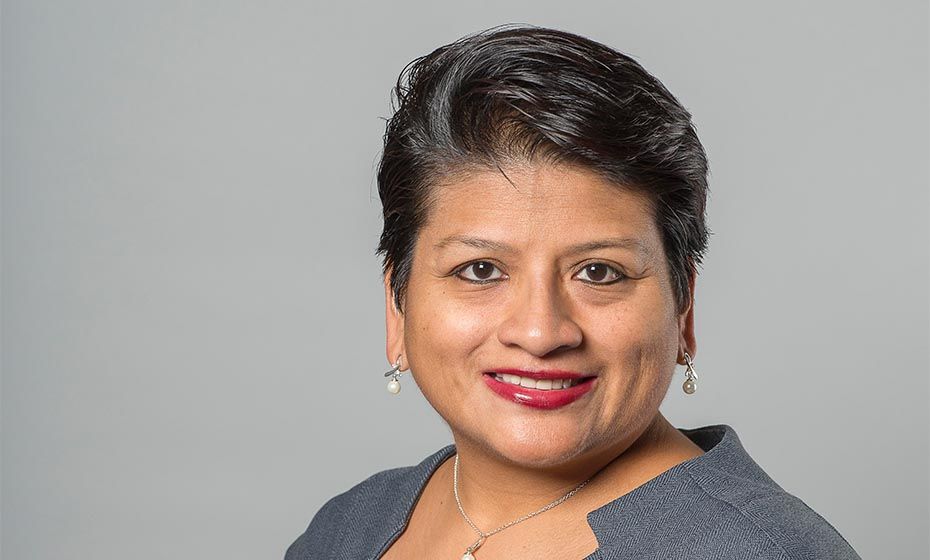 “I have aunts, uncles and cousins living in Manta, an area that was hit hard,” Guzman said. “I was hearing reports of severe damage and was desperate to find out what happened. There were reports that entire families were lost when their homes collapsed.”

Guzman’s family was safe, but many were homeless.

“There were so many cracks in the walls that they were afraid to sleep in their houses, especially during the aftershocks,” Guzman said. “Everyone was sleeping outside on the ground because they were afraid something would fall on them as they slept.”

Water, food and other essentials were in short supply. People spent days waiting in lines for rationed supplies and trying to figure out how to rebuild their lives.

“I put a box out in the office for donations,” Guzman said. “I figured we’d collect some supplies and I’d find a way to send them down.”

She emailed then-Florida State President Alex Glenn and the Duke Energy Foundation to get company approval for the collection. Guzman is part of the Latinos Energizing Diversity (L.E.D.) employee resource group, and she emailed the group for donations.

“And that’s when the power of the Duke Energy family kicked in,” she said. “It was amazing. Word started to spread and the response was overwhelming. People called to ask what else they could do – and to let me know they were praying for me and my family.”

Before long, two minivans packed with water, rice, canned food, diapers, pet food and other supplies were ready to go. Guzman coordinated with the CaboRojeño Ecuador Social Club in Hillsborough County to ship the supplies to Miami. From there, the Ecuadorian consulate arranged delivery.

Guzman also secured $66,000 in grants from Duke Energy International and the Foundation to help with temporary housing.

When asked about everything she does to help others, Guzman shrugged it off.

“We have a saying in Ecuador, ‘Hoy por ti – mañana por mi,’” she said. “It means ‘Today for you, tomorrow for me.’ If you want to organize some help, just ask. Duke Energy employees have huge hearts.” 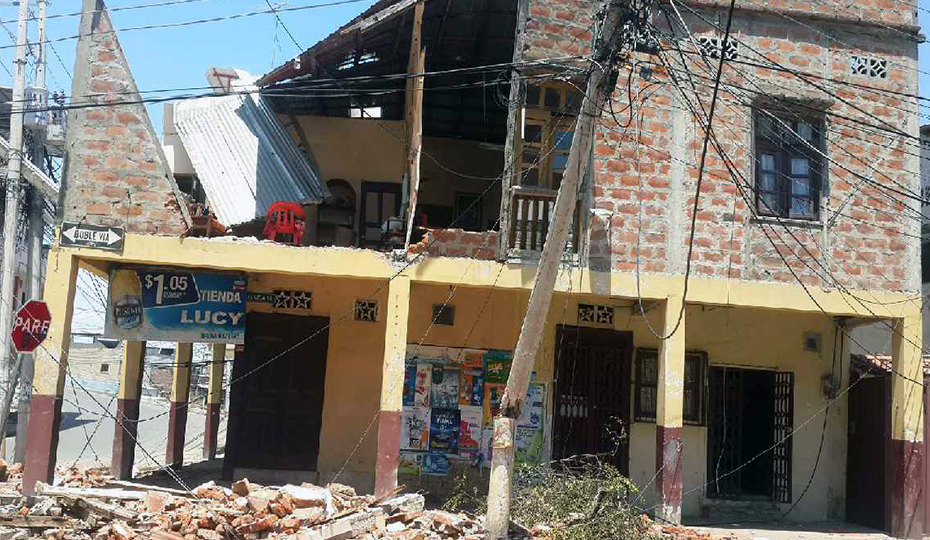 She is the outreach chair for L.E.D., working to identify organizations that need help, and coordinates efforts with the New 2 Duke Energy employee resource group. Together, the groups have collected socks and underwear to be distributed through Pinellas County’s Clothes to Kids store, collected items for the county’s annual “Stuff the Bus” school supply drive and helped recycle prescription eyeglasses through the Lions Club, which works with ophthalmologists to match them with patients in need.

For her efforts, Guzman won a James B. Duke Award, the company’s highest honor, which recognizes employees who use their talent to benefit the lives of customers and enhance the vitality of local communities. She was recognized in the Leadership Imperatives category.

Today, life in Ecuador is almost back to normal. Families are back in their homes and stores are stocked and open for business. Guzman said she is grateful for the donations that helped her family and their community recover, and attributes the recovery to others’ generosity.

“I made one simple request,” she said. “And it became something magnificent.”

The Latinos Energizing Diversity (L.E.D.) chapter in Florida organized donation drop-offs at the Northpoint (Lake Mary) and Southeast Orlando Operations Center, said chapter chairman Carlos Arturo Gavilanes Jr. Everything being collected at the operations centers throughout the state will be sent to the Orlando center for pick up next week.

More than a month after the hurricane, power, drinking water and communications still have not been restored for many of the island’s residents.

“Donating and volunteering is a core principle of L.E.D Midwest,” said Illyana Long, vice chair of the chapter.  “It is the most rewarding feeling to give to others and if we are not capable of volunteering in Puerto Rico we hope that all our donations and continued support will reach our fellow Americans during this time of despair. “

Long took supplies to Matthew 25 Ministries north of Cincinnati. The nonprofit will also pick up goods from Duke Energy in Plainfield, Ind.

“To be here and have the basics such as water, electricity and food, while my own family and friends do not have it, makes it hard,” said Torres-Thorn, a native of Puerto Rico.

The church partnered with Iglesia Casa De Avivamiento in Matthews, N.C., to collect donations to send to Puerto Rico. The items will be sent to two pastors in Puerto Rico, she said, and churches members there will travel to the different municipalities to distribute supplies.

“What a beautiful thing to see people give to those in need,” Gavilanes said.  “It is the greatest feeling in the world to see that we still have compassion and love in the world.”