Brad McGriff says being a lineworker during a hurricane sometimes reminds him of his days as a soldier: The hours are long, the conditions are rough, and you may end up sleeping on the floor.

But for McGriff, who is based in Lafayette, Ind., it’s about answering the call – whether it’s fueling military aircraft to protect U.S. allies, coaching a Little League team to a state championship or helping to restore order after a natural disaster.

He normally prefers to work out of the spotlight, but he agreed to appear in a Duke Energy commercial on social media created to show customers the people behind their power.

“I love my job with Duke Energy, and love working with the guys I work with,” McGriff said. “So many people when they lose power may also be dealing with other things like extremely cold or hot weather, fire from a lightning strike, or flooding. You see little kids, and older people who need help. It makes me feel good knowing we’re doing everything we can to get their power back on, and that we’re going to go that extra mile to make it happen.”

McGriff grew up in Indiana, joined the Army after high school, and was stationed in South Korea and Fort Hood, Texas, before becoming a lineworker in 2002. 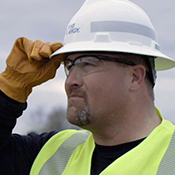 In the Army, he delivered fuel to helicopters and airstrips. As a lineworker, he connects and restores power and travels to different regions to help when hurricanes, tornadoes and other disasters result in widespread outages.

His lineworker stories can read like war stories. During Hurricane Matthew in 2016, a levee broke near his crew in eastern North Carolina, causing floods that made them unable to get to their hotel. Instead, McGriff and his co-workers slept on cots in an abandoned store. When Hurricane Irma struck in 2017, they camped out at a vacant school in northern Florida.

“I spent years sleeping on the ground and in cots in the military,” McGriff said, “and now I get to do it as a lineman.”

His wife, Beth, said being a military spouse helped prepare her to be a lineworker’s. They met when he was in high school, got married during a brief leave from his South Korea duty and lived apart until he returned to the U.S. They’re celebrating their 25th wedding anniversary this year.

“I learned not to dwell on the potential danger. I trust the Lord will watch over him, protect him and bring him home safe,” Beth McGriff said. “We have been very blessed. It’s been a great job where he gets to help people, and that’s the kind of man he is. He has a big heart and would do anything for anybody.”

Brad Kesler, McGriff’s supervisor, said the recognition was well-deserved. “He’s a good worker – very safety conscious – and treats others with respect,” Kesler said. “He’s a good teacher who shows younger workers the ropes and is always willing to help someone out.” 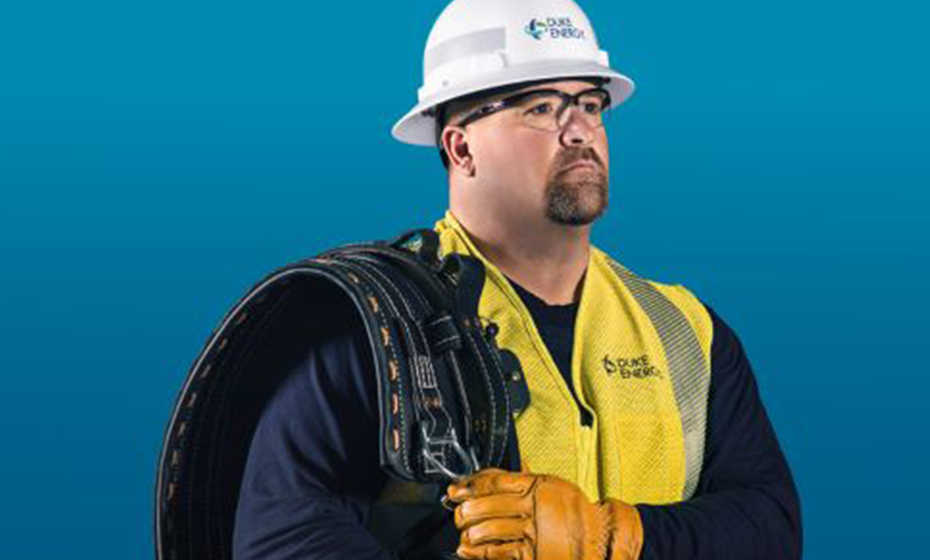 Volunteering is integral to McGriff’s life.

As a Little League coach, he led his great-nephews and their Rossville team to the Indiana state championship for boys 10 and younger. McGriff, who doesn’t have children of his own, said he enjoys mentoring kids. He loved that the commercial included shots of his team playing under the lights at their baseball stadium.

“I feel honored to serve our community both as a lineman and a veteran,” McGriff says in the commercial, with the team in the backdrop. “It feels good knowing I’m helping build a smarter, better energy future for all of us.”

This is the social media commercial featuring McGriff: