They’re cute, funny and entertaining, especially when they’re climbing trees and darting back and forth across your yard.

And they can be incredibly destructive. 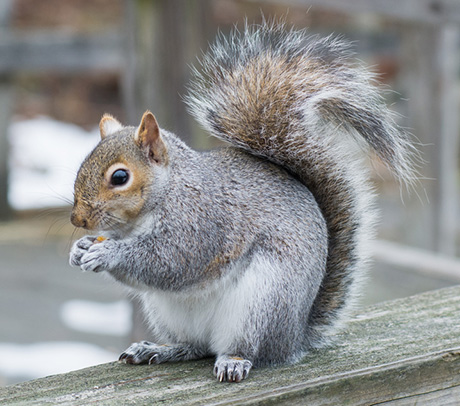 When it comes to power outages, squirrels are Public Enemy No. 1, but some of their other critter relatives are not far behind.

“Storms and downed trees cause most power outages,” said Misti Sporer, Lead Environmental Scientist for Duke Energy, “but animals dish out their share of damage.”

Just how many outages do critters actually cause?

Through July 2016, Duke Energy has attributed about 1,000 outages to squirrels in its service areas. At least 1,000 more outages were caused by a variety of other animals, such as vultures, snakes and raccoons. According to the United States Energy Information Administration, about 13 million people nationwide were affected by critter-caused outages last year. And it’s relatively easy for technicians to discern when a critter caused an outage – most likely, his charred body is still there.

How do the outages actually occur?

Squirrels often get into trouble because of their natural curiosity and like infants, they are constantly teething with a tendency to gnaw on things – including electric lines. They meet their maker when they come in contact with both the energized wire and either a ground or another energized component. They “complete the circuit,” becoming a conduit for electricity to flow through. The action is not always fatal; sometimes, the animal just gets a scary shock.

Is it just squirrels that cause issues? 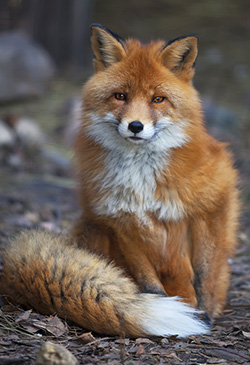 Squirrels are particularly pesky, followed by birds, raccoons, rats, skunks, snakes and even an occasional fox. Of Duke Energy’s outages in 2016, most were squirrel related. Other animal-caused outages may be difficult to detect because no carcass is found or the remains are unrecognizable. Animal-caused outages can be masked by a catastrophic failure or a bird collision (sometimes the injured bird flew off).

Many of these creatures are attracted to the humming warmth of electrical equipment, while snakes slither into substations looking for food, often bird’s nests.

What are some of the most recent unusual animal-related outages?

What are utilities doing to reduce these issues?

Duke Energy studies animal habits and outages and looks at reduction strategies. The company erects special fencing or “critter guards” to keep squirrels and other creatures out of substations. The company also places equipment so it’s difficult for animals to provide a path for the electricity to flow.

Using these methods, Duke has been able to cut animal disruptions in half over the past decade.

Still, challenges remain. “First and foremost, we want to keep the lights on,” said Sporer, “but we do take steps to prevent harm to animals; that’s something we continuously improve upon.”