As a civil engineering student, Alex Smith never considered a career in the energy industry. But at a job fair on campus, a Duke Energy recruiter revealed some opportunities that appealed to her.

Today, Smith is a transmission line engineer designing power lines, poles and towers for the company, and she’s an example of how Duke Energy is changing its recruiting practices to attract more diverse employees including women. 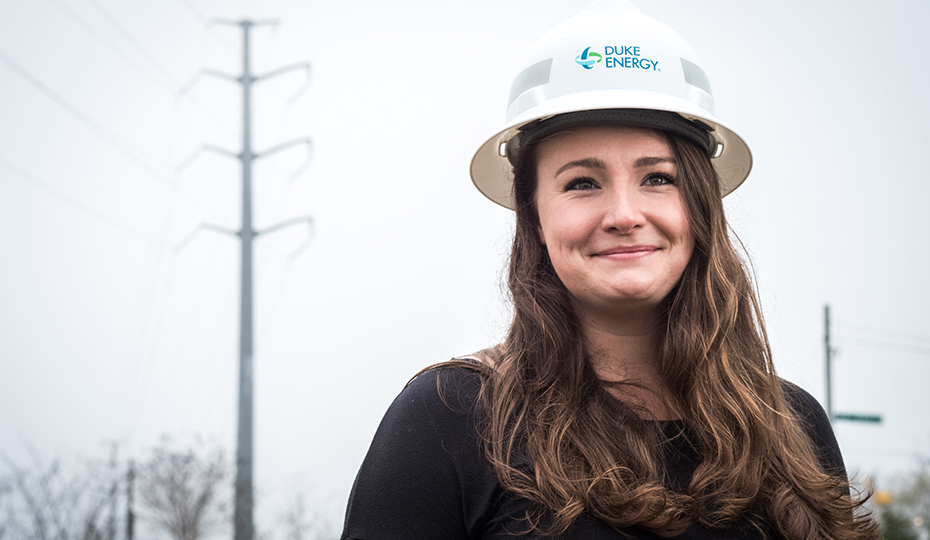 The company wants its workforce to reflect the diversity of its communities, said Director of Talent Acquisition Laurent Longin, so it can solve challenges such as providing customers more ways to manage their energy use, delivering increasingly clean energy and modernizing the electric grid to reduce outages, meet customer expectations, and enable more renewables and battery storage.

To solve these challenges, the company needs to broaden its pool of job candidates to attract employees who bring diverse thoughts, work and life experiences, perspectives and cultures.

“The more people we have thinking a little bit differently,” Longin said, “the more likely we are to get to the solutions.”

Coincidentally, finding solutions is what drew Smith to the industry. Her conversation with the recruiter led to a job as a college co-op employee in Duke Energy’s Lake Mary, Fla., office in 2016. She worked on the kind of things that made her want to be an engineer and was surprised to have the opportunity to take on a number of projects including building a substation bypass – a structure that reroutes power while crews perform construction.

She realized the utility industry could combine her interests in circuits and structural engineering.

“The thing that really drew me to engineering was problem solving,” Smith said, “being creative within the limits of science and math, so actually having challenging projects like this is nice.” 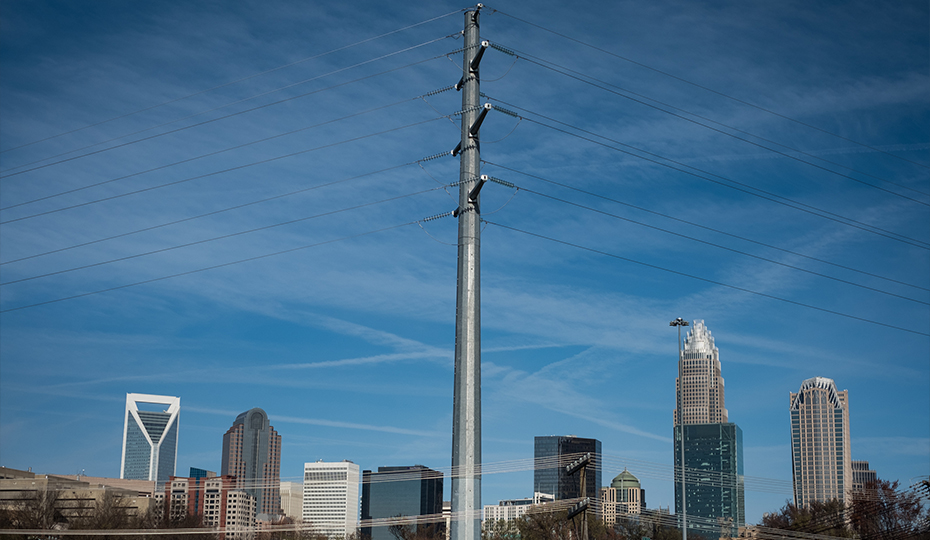 A transmission line in Charlotte, N.C., that Smith helped design and maintain.

She worked with the company 25 to 30 hours a week while taking a full schedule of classes through graduation from the University of Florida in May 2017. After graduation, she was hired full time for her current position.

“Unless someone points it out to you,” Smith said, “you’re not really aware of transmission lines, substations and things like that. Structural engineering is what I wanted to do, but I didn’t think it was possible in the utility industry.”

Smith’s experience is not uncommon in the energy and utility industries.

Nationwide, 20 percent of the people working at utilities in 2017 were women, according to the Bureau of Labor Statistics. Duke Energy is above the national average with women making up roughly 23 percent of employees. The percentage of female hires has increased each year over the last four years.

Duke Energy is perceived as a construction and engineering company, Longin said, because of the number of male-dominant jobs such as lineworkers and engineers. So the company is focused on increasing the number of female employees as part of its diversity and inclusion strategy. 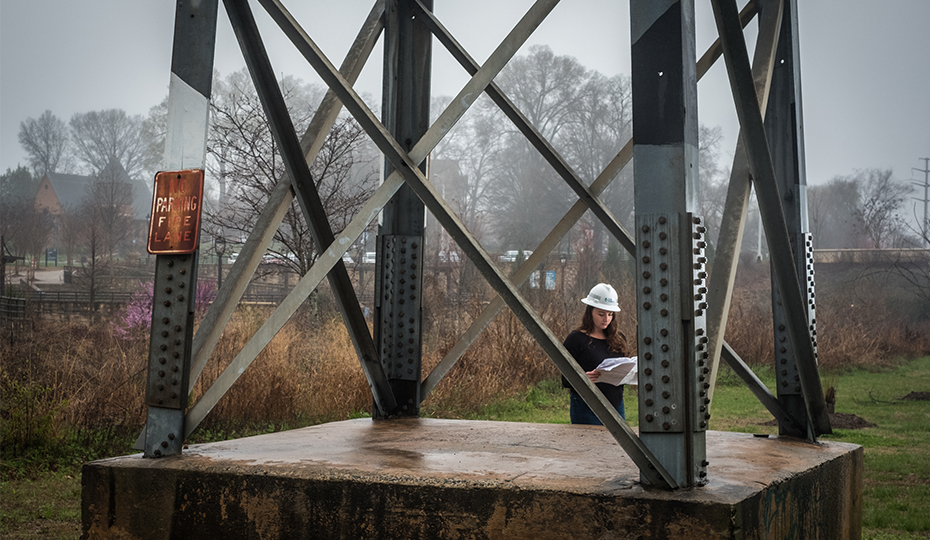 Smith said her unexpected career in the energy industry made it possible to combine her interests in circuits and structural engineering.

Longin wants job seekers to know Duke Energy seeks a diverse workforce and hires for many types of careers ­­–­ or, in Smith’s case, different engineering majors. The company, he said, can appeal to a variety of interests, including supply chain, customer service, logistics, accounting and IT.

“We hire both male and female lineworkers,” Longin said, “and look across all demographics for employees who will best serve our customers.” “Our purpose is to power the lives of our customers and the vitality of our communities, and to do this most effectively, it’s important that we look like the communities that we serve.”

How is the company increasing the number of female employees?

Duke Energy is committed to a diverse and inclusive work environment. Attracting talented employees from all population groups improves the company’s ability to deliver better service and the right product options for its customers. Duke Energy collaborates with a number of groups in its hiring efforts, including:

A more focused strategy. Longin and his team are attending more career fairs and events at women’s associations, placing advertisements in trade publications, encouraging employees to inform their networks about the company, and practicing pro-active sourcing so that more candidates know about the possibilities even before seeing a job at Duke Energy that they’d like to apply for.

As one of those 3,000, Smith said starting a career in the utility industry was one of the best decisions she’s ever made. She said she thinks exploring unfamiliar programs like Duke Energy’s internships, co-ops and job fairs is a great way to learn about possible career paths, and she hopes to see more women in the industry.

While there is a focus on science and math at the company that might intimidate some, Smith said, it’s also more people oriented than most think. “Everyone was so open and willing to help when I got here even though I was young and female,” Smith said. She works with a variety of people – engineers and non-engineers – every day and said it has been a welcoming place since day one.