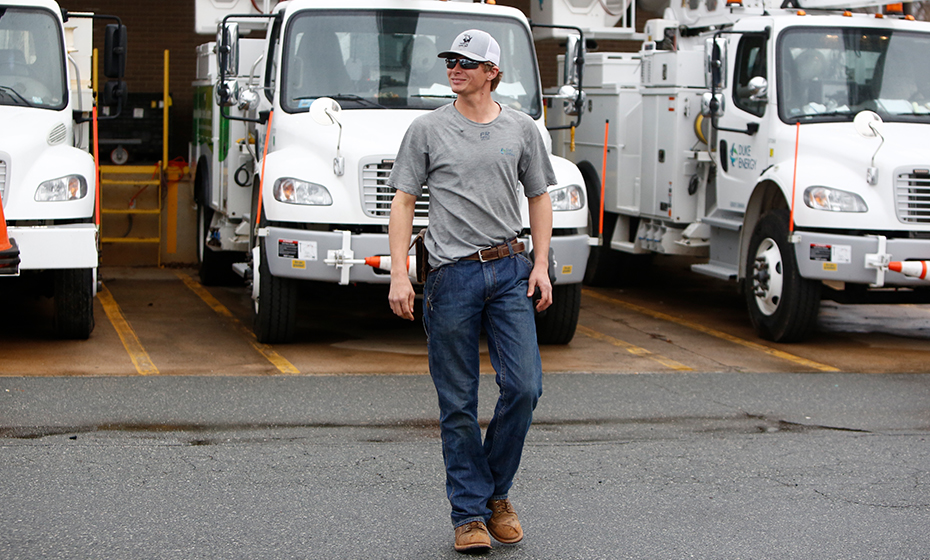 What does a high school student do when his bull riding career runs out? Become a lineworker. At 19, after a childhood spent in rodeos, Josh Watson decided to follow in the footsteps of his father and grandfather who each served more than 30 years as lineworkers.

Watson is based in Kernersville, N.C., just east of Winston-Salem, where his crew works on everything from overhead to underground lines. While every day is different– and that’s one of the things he loves about the job – he took over Duke Energy’s Instagram (@Duke_Energy) to give us a look at a typical day in the life of a lineworker. 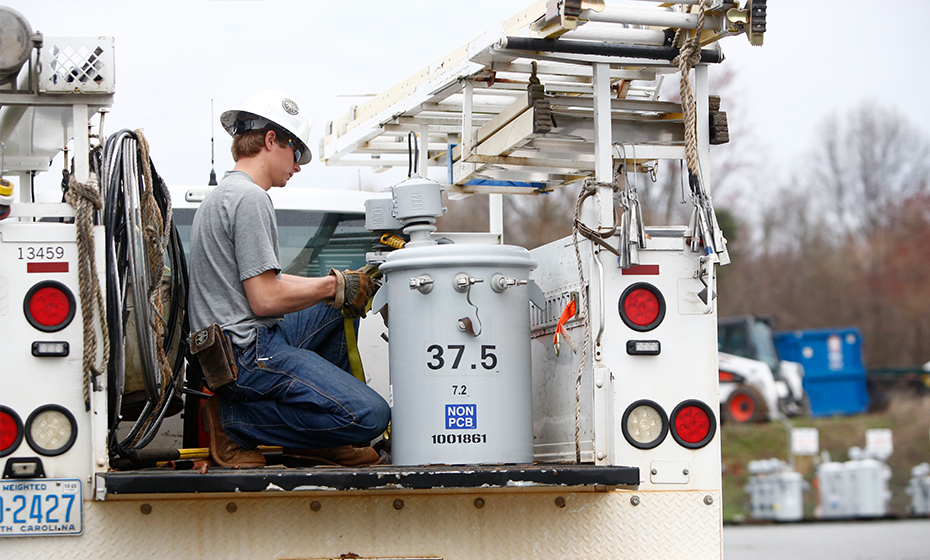 Most days start by loading supplies. Today’s first job is changing an old transformer for a one that’s large enough to power the neighborhood plus a new home under construction. Watson’s crew works in North Carolina’s Triad region – the state’s third largest metro area – so many of their jobs involve upgrading or expanding power lines as the area grows.

In addition to residential work, the team maintains the electrical grid for large, commercial customers in downtown areas. Much of it is underground and involves different equipment than residential work.

“We do a little bit of everything,” Watson said, “so you have a lot to learn and a lot to keep up with.” 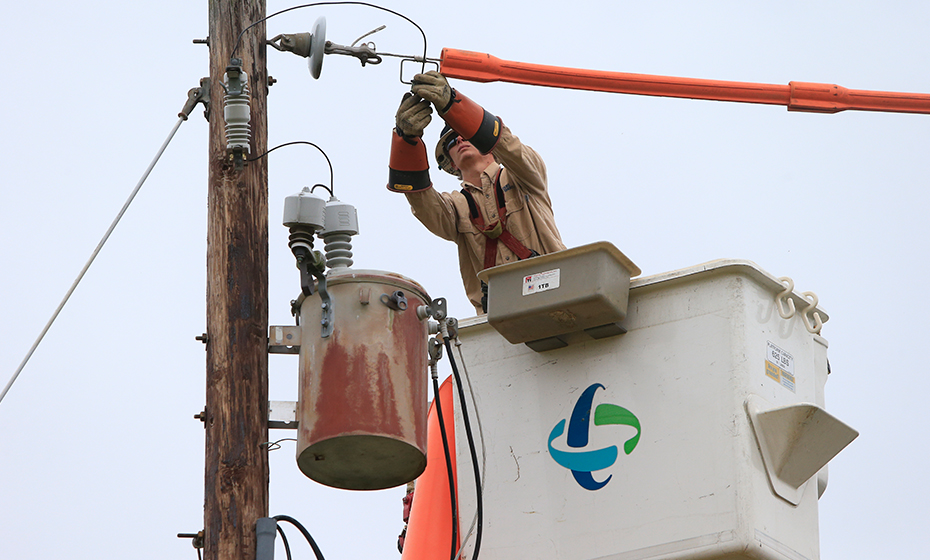 Watson said he prefers working from a bucket (it’s a better view) but his favorite part of the job is restoring power after a storm. He joined the company in 2014 and has been through several major hurricanes and countless thunderstorms. He traveled to Florida to help after Hurricane Irma in 2017 and repaired the grid at home in the Triad when Hurricane Michael caused extended outages throughout North Carolina in 2018.

Being able to go into a town where all the lights are off, figure out how to fix it and watch the lights come on, he said, makes the job rewarding.

“That’s where people appreciate you the most and get an understanding of what we’re out here trying to do,” he said. “We want to help people out.” 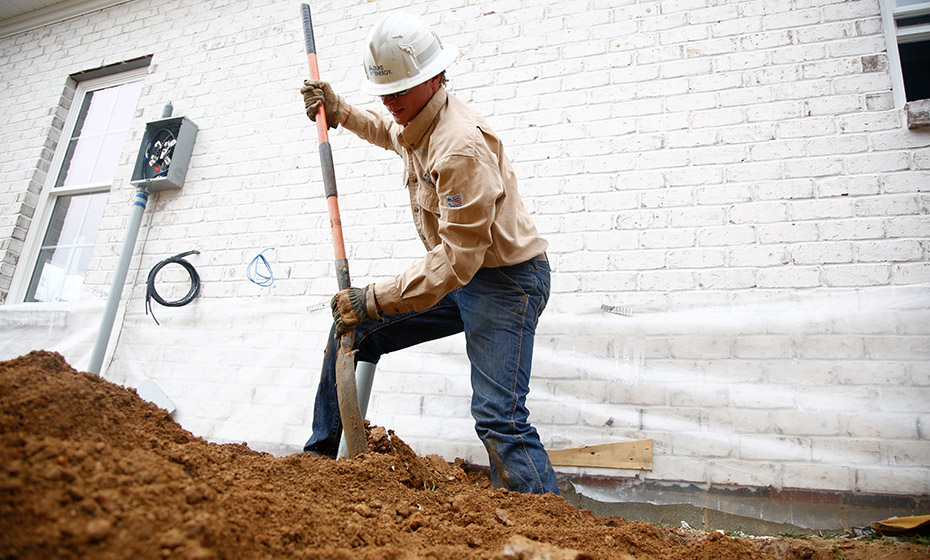 His daily work helps people, too. The second job of the day was installing a meter and underground line for a house in a new development. When he’s done, the house will be ready to receive power – a step closer for the new homeowner waiting to move in.

This is one of more than a dozen new developments in his area, and most have underground lines. Although power outages can still happen, underground lines are more reliable because trees can’t fall on the line and knock out power. 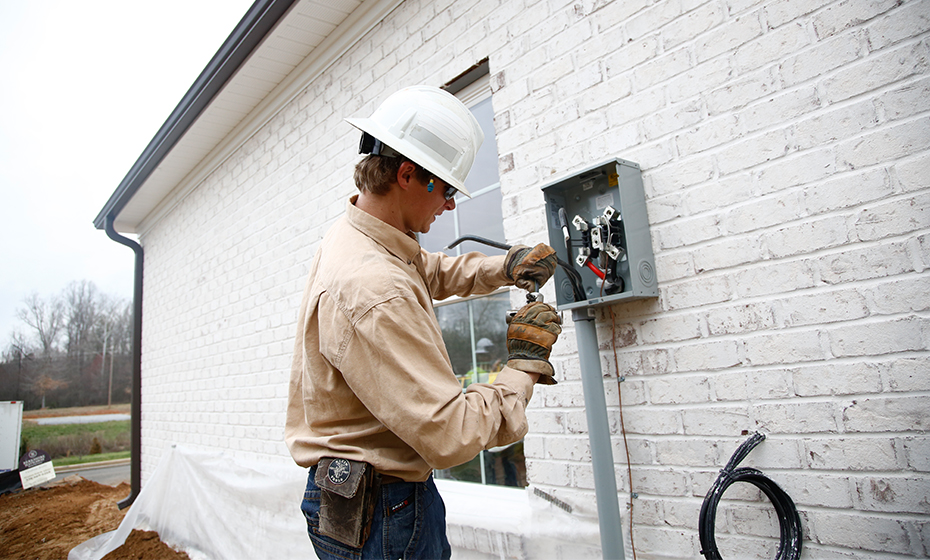 To make it work, Watson pulled three cables from the transformer through the dirt, spliced them together, tested the voltage and set the meter.

“That’s the final step for us, and now they’ve got power.”

He and his fiancé are building their own home, he said, so he knows the owner will be happy to have another check on their to-do list.

“To be able to help people out is something you can take pride in,” he said, “and hang your hat on at night.”