One of the first things you notice near the powerhouse entrance at Wylie Hydro Station in York County, S.C., is the handmade iron plaque with three simple words: “Elvis Hydro Dog.”

The power plant mascot may be long gone, but he’s not forgotten. 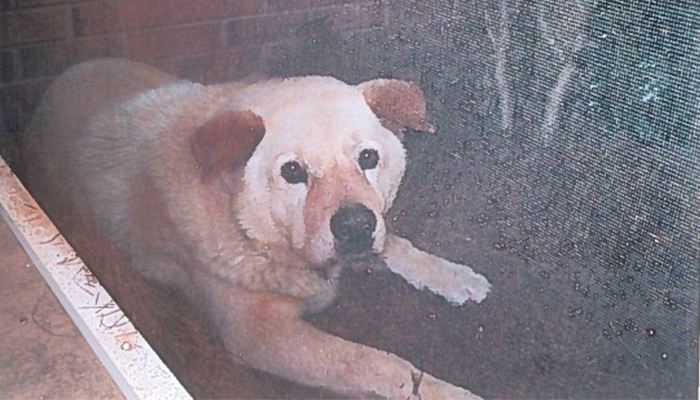 Elvis earned his name because he was "nothin' but a hound dog,"  a chow chow German shepherd mix.

Back in the day, it was customary for Duke Energy power plant operators to have pets. Operators who worked alone at night needed the company. And the dogs helped scare away critters. Elvis, a chow chow and German shepherd dog mix, came to live at Wylie in 1994. Plant employees adopted him from another employee, said Don Ligon, who started his career at Wylie as an operator in 1976.

Ligon, now manager of Duke Energy's Regulated Renewables Operations Center, said Elvis made rounds with the staff and eagerly greeted visitors. When employees from other plants came to Wylie, they would bring treats and they would sometimes stop by just to visit with him.

It was Arnold Thomas, a retired plant operator, who named the dog after Elvis Presley, the singer-actor who had a big hit in 1956 with “You Ain’t Nothin’ but a Hound Dog.”

“Arnold would always tell Elvis, ‘You ain't nothin’ but a hound dog,’” Ligon said. “So the name seemed appropriate and stuck.”

“Elvis was just like one of the men,” Thomas said. “He was big, but not aggressive, and he made friends very easily. When the crew ordered steak biscuits, we always ordered one for Elvis too.” 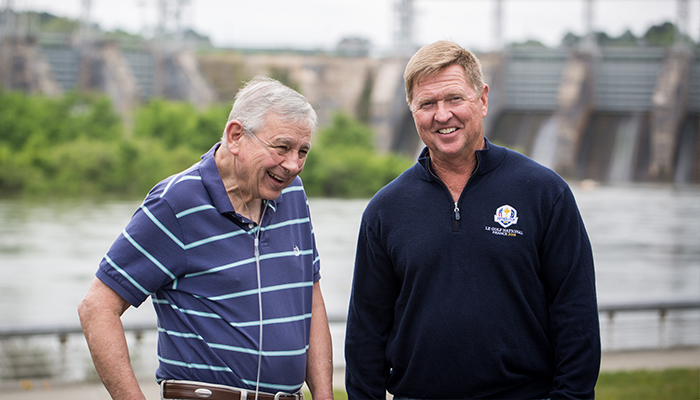 When Elvis was about a year old, he was diagnosed with kidney stones and needed surgery. “We were not sure Elvis would make it. He was very sick. We passed the jar around to pay his vet bill,” Thomas said. Even employees from other hydro sites contributed to Elvis' surgery.

Concerns about safety led management to decide around 2001 that the hydro stations could no longer keep pets.

So Thomas took Elvis home. He adjusted well to his new environment. 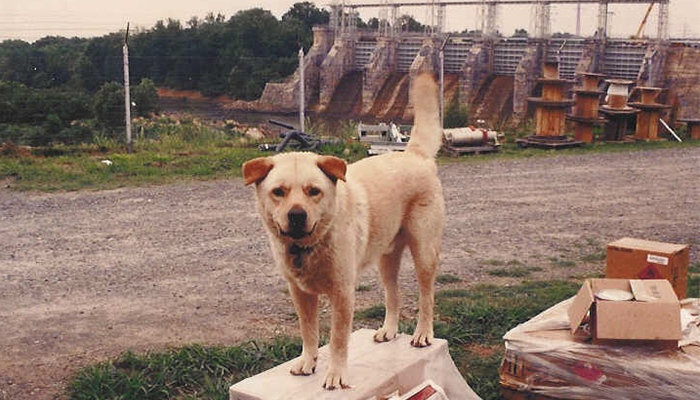 Elvis had a good life, living with Thomas and his wife, Charlene, nine more years.

It was Thomas who created the plaque commemorating Elvis' service to Wylie. The Wylie staff removed some abandoned railroad iron used during the plant's construction and filled in the exposed area with concrete. Without prompting, Elvis stepped in the wet concrete. Appropriately, Thomas bolted the plaque next to Elvis’ paw print.

“Elvis was special because he was our last plant dog,” Ligon said. “Many times you were left working alone on night shift. Elvis would make rounds with us and bark at snakes and strangers. He was just an all-around good companion.”

Hear Arnold reminisce about his time with Elvis: