An old joke in the electric utility industry goes like this: If Alexander Graham Bell and Thomas Edison were dropped in modern-day America, Bell would marvel at the revolutionary breakthroughs in telecommunications since his pioneering work. Think iPhones, lightning-fast Internet service and video chats.

Edison? He’d likely remark that the electric grid looks similar to how he left it nearly 100 years ago.

Jokes aside, the grid has evolved a great deal in recent years and additional improvements are on the way, according to Ron Schoff, senior program manager for Technology Innovation at the Electric Power Research Institute, a nonprofit research and development organization based in Palo Alto, Calif. He holds a Bachelor of Science degree in chemical engineering from the University of Pittsburgh and a Master of Science degree in chemical engineering from Villanova University. 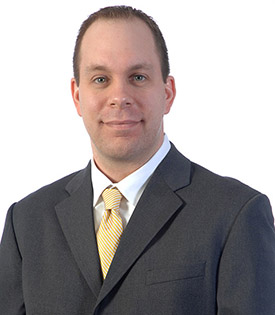 Schoff oversees research on emerging science and technology trends that will reshape the way America generates and distributes electric power. In this Q&A, he shares his thoughts on what to expect in the next decade.

When it comes to our nation’s power grid, where have we been and where are we going?

The grid evolved slowly and steadily throughout the 20th century. It was all about electrification – bringing power to every community across America. Industry expanded and improved the grid to serve the growing population.

At the turn of the century, I think there was a leveling off of growth in demand for electricity because virtually every community in developed countries had it.

Electrification is still vitally important in developing nations, but in countries like ours, we’ve turned our focus to consuming energy more efficiently and producing it with less carbon dioxide as a byproduct.

What are the biggest drivers behind the push for energy efficiency and cleaner power?

In the last 15 years, we’ve seen a dramatic shift in the way people use electricity. They’re taking a much more active role in their energy use because of greater information available to them, new and interconnected technologies, lower costs for things like solar power and even the electrification of transportation.

In that same time, we’ve witnessed a sea change in how the grid is powered. Because of climate and pollution concerns, the electric utility industry has been focused on reducing the intensity of CO2 produced as a result of generating electricity.

How has the rise of natural gas and renewables affected coal-fired power generation?

Since 2005, there’s been a drastic reduction in the cost of building wind and solar farms, to the tune of about an 80 percent drop. As a result, renewables have been much more cost-competitive and are contributing to the scaling back of coal-fired power generation.

Remember, America used to get roughly half of its electricity from coal. Fast forward to 2016 and coal’s share of electricity generation is down to about 35 percent. 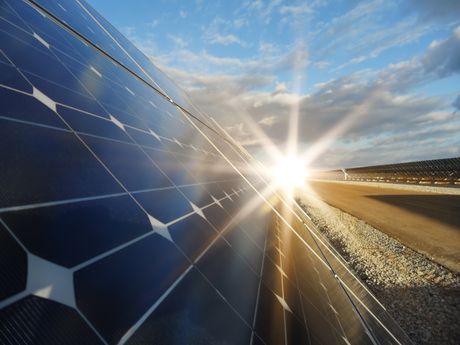 What about nuclear power?

The “nuclear renaissance” was driven in large part by our country’s desire to decarbonize the way we produce electricity. Large-scale nuclear power is safe, highly efficient and affordable to operate. It’s also environmentally responsible because it doesn’t produce any greenhouse gases.

What’s slowed the renaissance down are consistently low prices for natural gas and the relatively high cost and long time frame required to build nuclear power plants. That helps explain why only a few nuclear plants are under construction in the U.S. at the moment.

What energy consumer trends do you see accelerating in the next year?

The continued decline in the cost of solar power means more people are looking at ways to use it at their residences and in their communities. And states’ regulatory processes are playing catch-up to adjust to that demand. The electric utility industry is asking itself how it can support the deployment of solar energy in a responsible manner.

Consumers are increasingly interested in how the “Internet of things” affects their energy use. Think about smart thermostats, integrated controls for your home’s lighting and even appliances. It won’t be long before you can control your water heater through an app. It’s all about offering people greater control, cost efficiency and convenience.

Are electric vehicles here to stay?

We continue to see increasing adoption of electric vehicles due to the continued drop in production costs, especially for lithium ion battery components, and federal and state incentives that make them more attractive to consumers. With more EVs on the road and more infrastructure being put in place to support them, consumer anxieties are starting to dissipate. 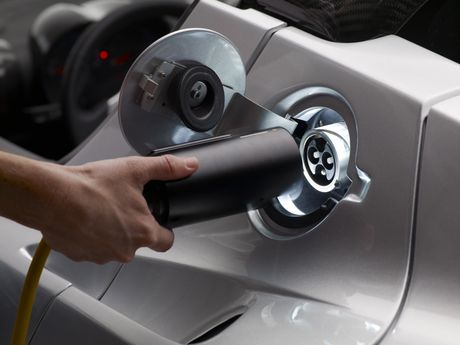 Is storing solar energy in batteries the next big thing?

In most parts of the country, residential electricity customers pay between 10 to 11 cents per kilowatt-hour. We haven’t yet reached the point where it’s cost-effective to install solar panels and a battery solution at a home without substantial incentives factoring into the equation.

Our most recent analysis shows that there could be marginal cost savings to do so in California and Hawaii, two of the states with the highest average electric rates. But they’re probably the only exceptions right now.

Community-scale solar is a more affordable way to harness solar power. Some utilities, including Duke Energy, are taking a lead role in bringing these larger installations into the generation mix.

On a larger scale, electric utilities are looking at energy storage as a way to bring more stability to the grid as larger amounts of wind and solar power come on line, since those sources produce power intermittently. Momentum continues to build, but a true breakthrough in the market has yet to occur.

What excites you about all these changes?

It’s the uncertainty that is exciting. There’s so much possibility. We’re seeing technologies that universities, utilities, the government and start-ups have been incubating and are now ready for prime time. As they become available, they’re calling into question the traditional approach to generating, delivering and using electricity.

It can be intimidating because we’ve built, operated and maintained the power system for 130 years in basically the same way – and we’ve done a really good job at it. But now, new innovations are coming into play that may not have even been considered just a few years ago.

My optimism about the future of energy now versus 2000? Night and day. 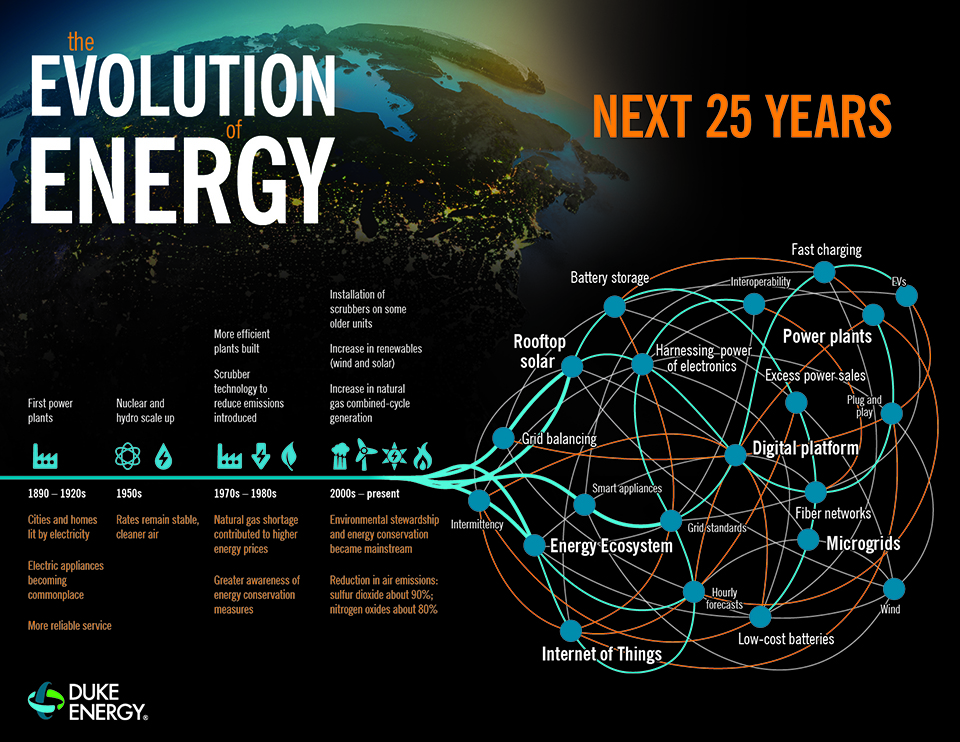