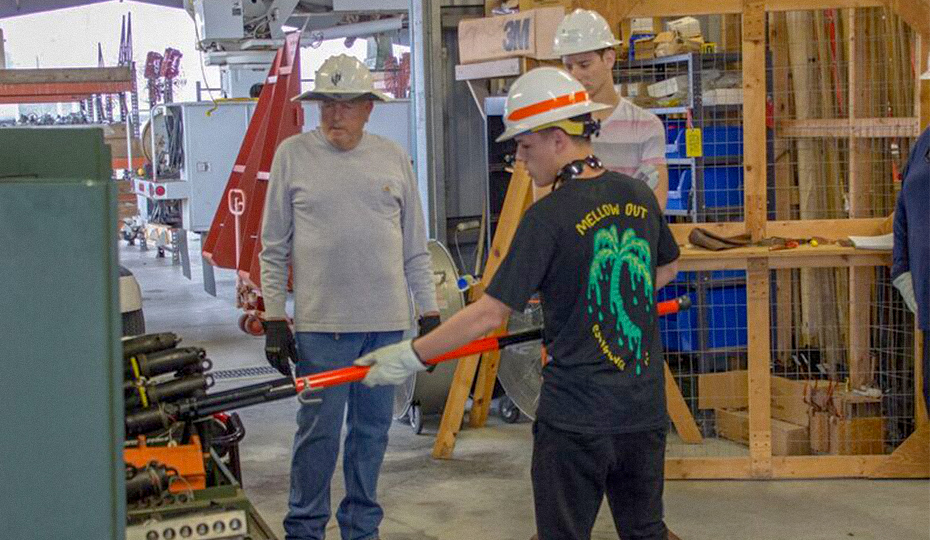 Derick Santiago wants to become an energy company lineman – like his father and brother. He also wants to help rebuild his community.

Santiago, a native of Humacao, Puerto Rico, packed up and left the island last year after Hurricane Maria left millions without power. The Category 4 storm in September wiped out the power grid, leaving the island in the dark.

Santiago wanted to help and knew that working as a lineman is in his blood. “I like to climb,” he said, “and my dad and my brother are linemen. I want to be part of that tradition.”

But he was also missing something important: the training he needed.

He headed for Florida, where he heard from his uncle about a school where he could receive lineman training. He moved to Winter Haven, where his mother lives, and commutes 80 miles each way to Lake-Sumter State College in Sumterville.

The school has partnerships with several energy companies, including Duke Energy, which has donated $1.5 million over the years.

“Our local community – and beyond – has experienced the positive impacts of Duke Energy’s workforce development grants for many years,” said Jerry Miller, Duke Energy government and community relations manager. “This one in particular is a model of helping bolster a localized skilled workforce in high-demand fields.”

Duke Energy’s support is crucial to the program, which is growing rapidly to meet a shortage of line personnel. According to the Bureau of Labor Statistics, the demand for electrical power line installers and repairers is projected to grow 14 percent in the next eight years.

“Our strong partnership with Duke Energy allows us to offer an industry-leading education for our students and a seamless transition into their full-time career within the energy industry,” said Dr. Laura Byrd, AVP of institutional advancement and executive director, Lake-Sumter State College Foundation. “Duke Energy’s support has been instrumental in the ongoing success of the programs in the Energy Utility Institute.”

Lake Sumter’s job placement rate from the program is around 97 percent, according to Kevin Yurasek, the school’s director of marketing and college relations.

Santiago expects to graduate in the fall, and he then plans to head back to Puerto Rico with his certificate in hand before trying to realize his dream – working for Duke Energy.