The Swiss Army knife has nearly everything you could need in an emergency. Something else comes in handy during a power outage, too.

Duke Energy distributed nearly 7,000 of them to vulnerable customers in preparation for 2021’s Atlantic hurricane season. The radios include NOAA (National Oceanic and Atmospheric Administration) radio, flashlight and a cellphone charger. They can be charged by a traditional wall plug, hand crank or the sun. 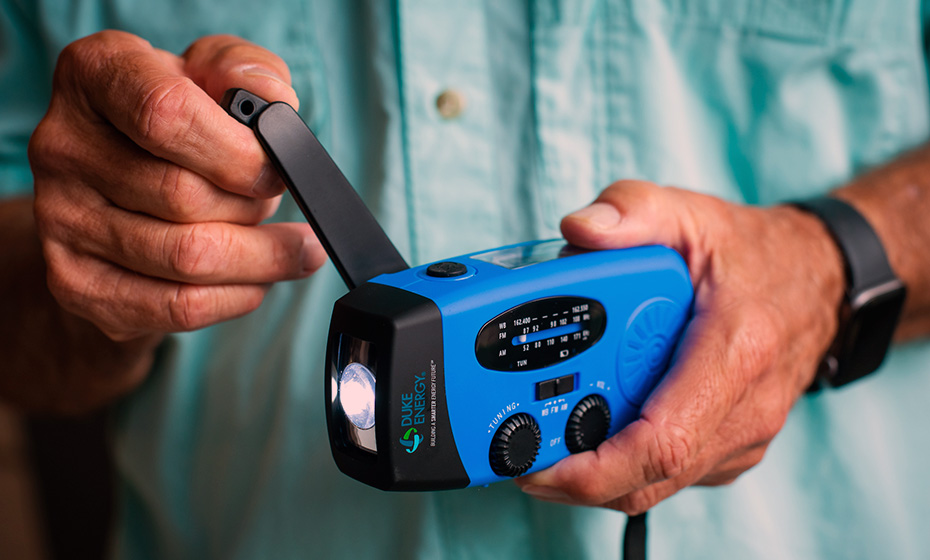 The storm radios can be plugged in an outlet or charge with the sun or a crank.

Though they're not as small as a Swiss Army knife, they are compact.

They’re a lifeline for anyone living alone. But they’re a good idea for anyone. They are available at many retailers, and the American Red Cross store sells emergency radios. The Federal Emergency Management Agency recommends putting storm radios in your disaster supply kit to monitor conditions during power outages or when sheltered without access to other devices.

Staying ahead of severe weather

"Historically, that’s who gets the most severe weather in South Carolina from flooding and hurricanes,” said Amanda Dow, Duke Energy Foundation stakeholder manager for South Carolina.

“People said, ‘I can’t believe these exist. Where did they come from?’” 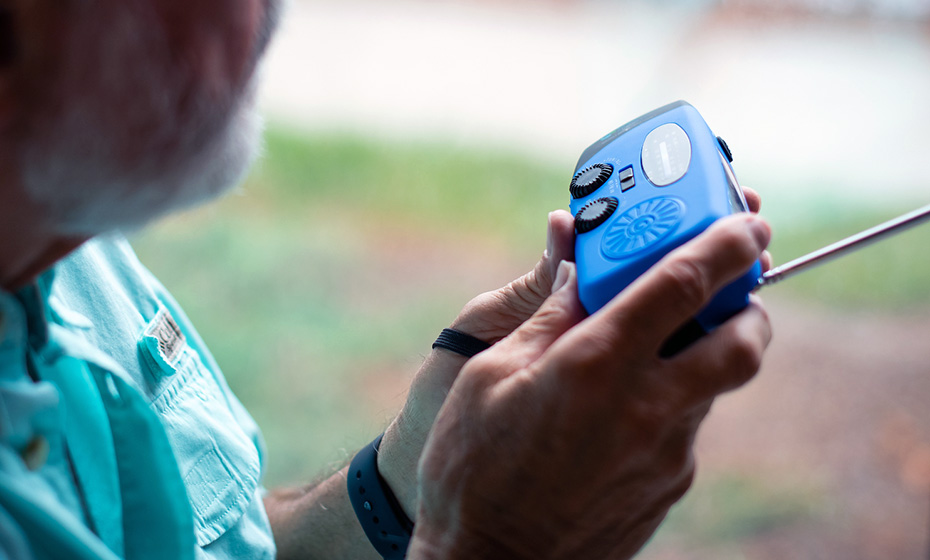 "Emergency weather radios provide critical alerts, important information and a sense of security to our seniors," said Eveline Kraljic of the Committee on Aging of Volusia County, Fla.

The radios came with instructions (in Spanish or English) and a card to remind senior citizens how to report an outage. “The communications aspect of this was so important,” Dow said. “We want customers to be able to get in touch with us easily.”

Johnson said, “Some people told us, ‘I’m going to put this right by my bed.’ They know how important it is and want to put it in a key place. They are so grateful.”

The Florence County Senior Citizens Association brings meals to 250 seniors every day. “Our clients are homebound, but some of them have children or grandchildren nearby who check on them,” she said. “We distributed radios to the folks who don’t have family nearby – the ones who would be totally isolated in a disaster.”

Gene Calcutt, a senior who receives Meals on Wheels, was one of the radio recipients. Calcutt said it’s easy to use. He keeps it by a window where it’s charged by the sun. 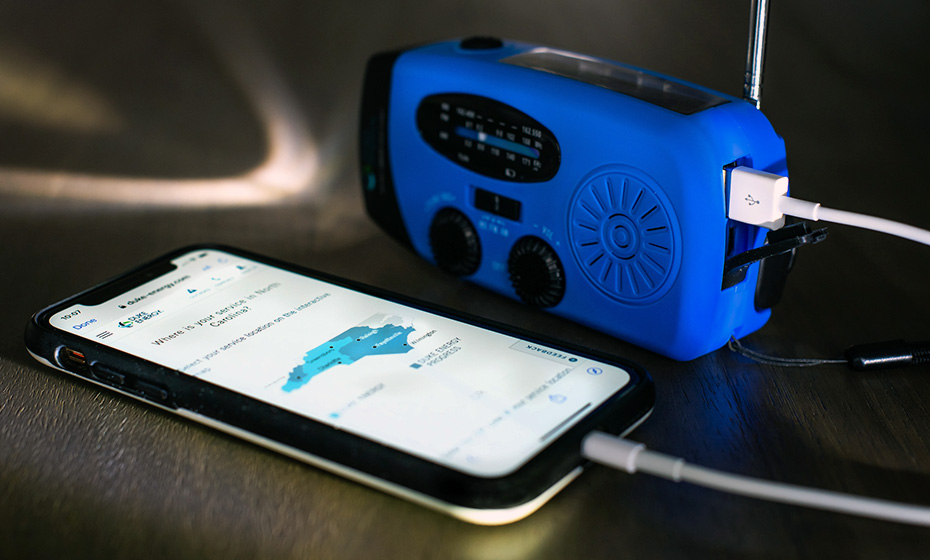 The radios include National Oceanic and Atmospheric Administration radio, flashlight and a cellphone charger.

“It is a frightening experience to go through a hurricane, especially when you’re alone,” said Eveline Kraljic, Committee on Aging of Volusia County co-executive director. “Emergency weather radios provide critical alerts, important information and a sense of security to our seniors who choose to remain at home during bad storms and hurricanes. We are very grateful to Duke Energy for their long-standing commitment to our clients’ safety.”

Last year, Duke Energy gave storm kits to vulnerable populations. Storm radios are a longer-lasting option, said Sarah Degnan of Duke Energy’s stakeholder engagement team: “Radios are more sustainable. They can be used over and over again and for a variety of types of storms – winter storms, tornados, hurricanes, major thunderstorms, flooding. Radios give you more flexibility.”

“We wanted to make sure our customers could stay in touch with us during a disaster,” she said. “With this NOAA-approved radio, they’ll be able to hear what’s going on in their area, but they can also use the radio as a cellphone charger. That way, they can stay connected to us via phone/text, social media or use our app to report outages.”

September is National Preparedness Month, to promote being ready for emergencies and natural disasters.The Federal Emergency Management Agency suggests you make a plan; build or update an emergency kit; make your home stronger; and teach children about preparedness. Learn more at ready.gov/plan.