Rachel Blackman can predict the future. Sort of. Through her work in the mechanical maintenance department, she regularly conducts vibration analysis of equipment. Her analysis is key in looking for changes that might indicate mechanical issues much later in time, such as a bearing defect.

The training to do that work was intimidating at first. “The class involved a lot of physics,” she said. “I didn’t even take physics in school.” 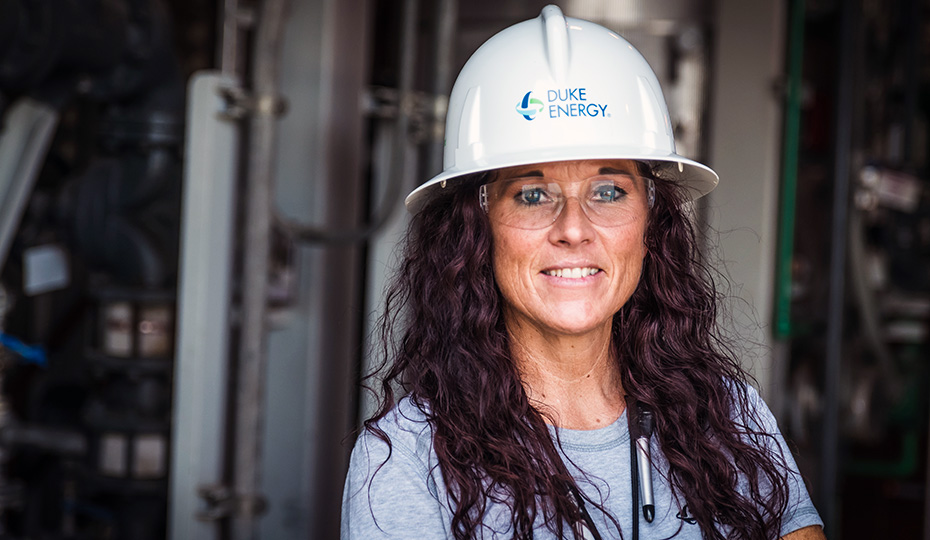 Rachel Blackman grew up in a community not far from Robinson Nuclear Plant where she now works.

Rising to a new challenge is something she’s done throughout her life. Overcoming physics is just the latest example.

Blackman grew up in Mechanicsville, S.C., about 27 miles from Duke Energy's Robinson Nuclear Plant, where she would eventually work.

As the youngest of three daughters, Blackman saw herself as the son her father never had. Each day, he would come home from work at a steel mill wearing the long, sturdy overcoat of a welder. Often, he would head out to a shop behind the house to weld and tinker. She followed him.

“I wanted him to teach me to weld. I knew I wanted to grow up to be a welder like my daddy,” Blackman said. “I always assumed he was a welder from the coat, but I later found out he was actually an electrician.”

After graduating high school at 16, Blackman pursued welding at Florence-Darlington Technical College. After earning her welding certificate, she worked for several years as a welder and welding instructor. Eventually, she found herself working at the same steel mill as her father. In the shipping department, she learned to operate a crane.

Ready for a change, Blackman heard about a job at Robinson Nuclear Plant from a friend who worked there. 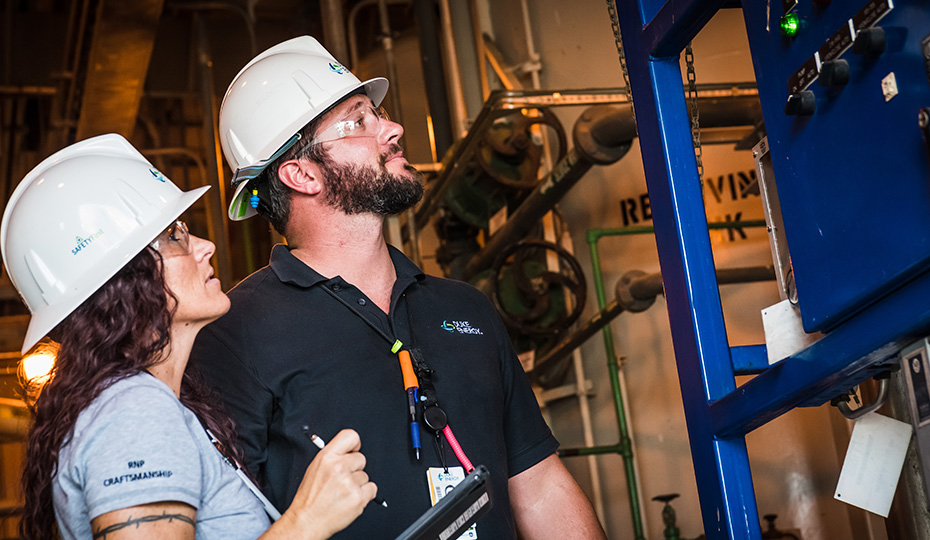 Blackman and Brooks Purvis, a maintenance technician at Robinson.

“When the opportunity arose for me to come here, it was a great time for something new and to find a new path in life,” she said. “But if you had told me that I would be a nuclear mechanic, I would have laughed at you.”

Through the course of the job interview, each task and responsibility seemed to be just what she was looking for.

That spirit impressed her interview panel. As a result, Blackman began her career as a nuclear mechanic at Robinson Nuclear Plant in August 2011, and she wasn’t laughing.

“It was eye opening. There was so much information, and the processes were totally different from some of my previous jobs,” she said.

What impressed her was the focus on safety as much as the work itself.

“That resonated with me. Since I became a mother, I’ve always been very safety oriented,” she said. “It was clear everyone here will look out for your safety, and you’ve got to do the same for them.”

Click here to meet other women who found fulfilling careers in energy.

It’s the strong foundation of teamwork that resonated with her most.

“I’m grateful to have become part of the Robinson family,” she said. “Robinson is my work family, and I cherish the people I get to work with.”

She’s become much more than just a nuclear mechanic.

During refueling outages, where large equipment is dismantled and reassembled, you can find Blackman operating large cranes, building on her experience in the shipping department of the steel mill. As a crane operator, she’s earned nearly every applicable qualification.

She’s also been able to be a part of the digital transformation of nuclear maintenance – transitioning work instructions from printed copies to a digital, interactive version on a tablet.

Though she wouldn’t have predicted that following her father into his workshop in Mechanicsville would lead to her career in the nuclear mechanical maintenance shop, she’s grateful she made it to Robinson Nuclear Plant.

“It was a journey from there to here,” she said, smiling. “It’s one I would take again, but maybe a shorter trip.”